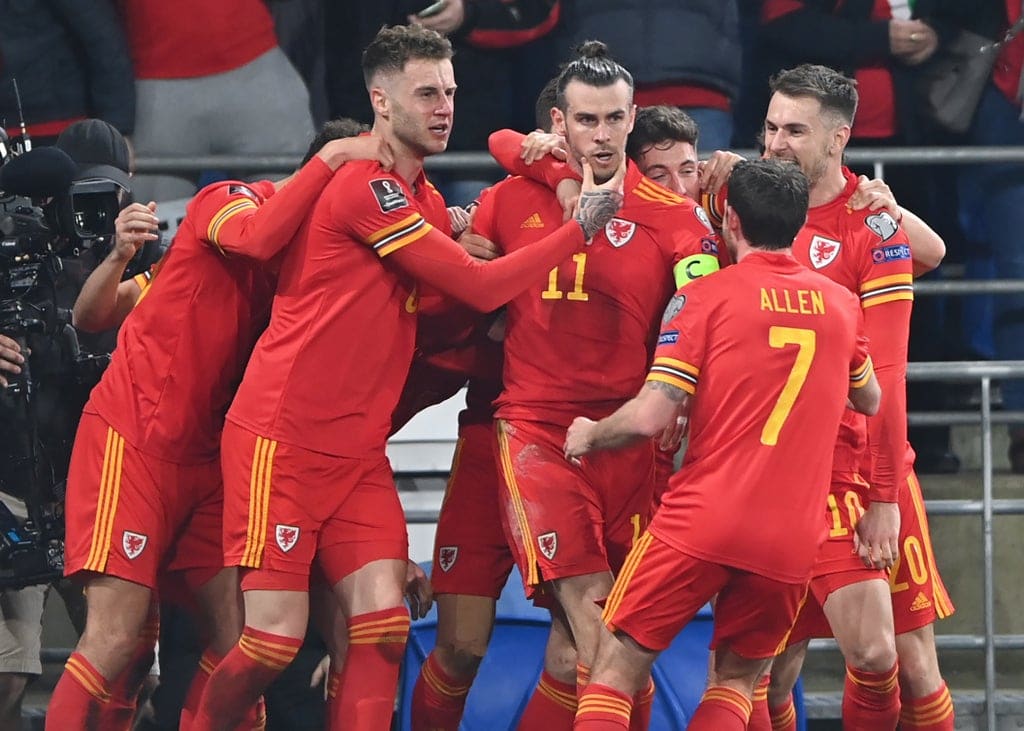 Bale produced a remarkable free-kick of power and dip as Wales won 2-1 in Cardiff on Thursday to set up a play-off final date against Scotland or Ukraine.

Wales manager Robert Page said after the game he had told Bale it was the best free-kick he had ever seen.

But the Wales captain had not scored from a free-kick for his country since beating England’s Joe Hart at Euro 2016, with some Welsh fans suggesting a free-kick specialist Wilson should take on the mantle.

Wilson scored a free-kick winner against the Republic of Ireland in a 2018 Nations League tie when Bale was absent, a goal the Real Madrid forward praised on social media.

But Fulham forward Wilson said: “I like taking free-kicks myself but when you’ve got someone with the quality that Gareth has I think you need to let him have at least the first one.

“When he produces like he did with the first one, he deserves the second as well.

“I think it was asking a bit much of him to score two, but the first one was unbelievable and set us on our way.”

Asked about Bale’s six-year Wales drought from set-pieces, Wilson said: “He was saying that himself in the changing room after the game.

“Whenever we get a free-kick 25-30 yards from goal everyone is expecting it to end up in the net every time.

“Obviously that’s not going to happen, but he’s put that one right in the top corner and really set us up for a great night.”

Bale produced another stunning second-half strike to leave Wales one win away from reaching their first World Cup for 64 years.

It extended his Wales goals record to 38 and came following heavy criticism of him in the Spanish media, with one outlet labeling him a “parasite”.

Bale has played only 77 minutes for Real since the end of August after calf and hamstring injuries, and the 32-year-old hit out at “disgusting” coverage of his own situation in Spain following Wales’ win.

Wilson said: “Every time he puts on a Welsh shirt I don’t think anyone can doubt his commitment for the cause.

“He didn’t play like someone who has only played a few times in the last couple of months.

“He was really good, sharp, and the quality he possesses is scary.”

Wales will now host the Czech Republic in a Cardiff friendly on Tuesday to fill the gap of the postponed play-off final, which has been delayed following Russia’s invasion of Ukraine.

While Wales await their final opponents – with that game most likely to be played in June – Wilson says supporters can dare to dream of a second World Cup appearance.

He said: “We all have to dream. The country hasn’t been to a World Cup for a very long time.

“We know as players and as a group we’ve got the opportunity to get us there. If we weren’t dreaming of it we would be silly.

“We’ve gone past the first hurdle, and it’s up to us now in the summer to make sure that when that second game comes we show the same levels.

“We want to do our best to get the country to the World Cup.”