And so it finished Manchester City 2-3 The Narrative.

Harry Kane’s matchwinning masterclass at the Etihad Stadium served up a delicious story arc, or a sicking gut-punch of “let’s have a look at what you could have won” — depending on your perspective.

Then there was the post-match revelry on Sky Sports, with Kane interviewed via the medium of innuendo, talk of “what went on last summer” as if he was the victim of a natural disaster rather than a man who tried and shambolically failed to engineer an exit from his football club.

But strip away the fluff and City’s title aspirations are in the balance because of the brilliance of their number one transfer target from last year.

It sounds like the sort of scenario that points towards an obvious course of action for Pep Guardiola this coming close season, but it’s not actually that simple.

Big performance in the big spaces

Kane threaded a majestic through-ball that led to Dejan Kulusevski’s early opener, showcasing the huge development in his game over the past couple of years.

The England captain has long been a prolific goalscorer but his ability to drop deep, link play and Kevin De Bruyne-esque arrow passes through a defense has really caught the eye.

No doubt those are qualities that massively appeal to Guardiola but City are not short of players who can do such things.

Additionally, were Kane to join City, he would never play in a team that had 28.5 per cent possession and were restricted to seven touches in the opposition penalty area.

He was clinical, brilliant and decisive, but he would never be able to perform quite like that for City. That isn’t to say he couldn’t be very useful indeed. 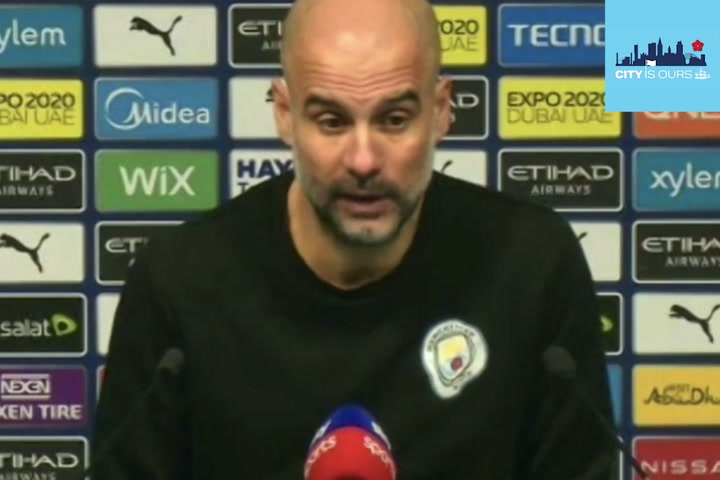 When City were flailing away at the Tottenham defense with the score at 2-1, it felt like one of those very frustrating Guardiola performances that come along every now and then.

Gradually, all the intricacies of City’s best play are stripped away and they sling cross after cross into the opposition box.

As frustrating as it might feel at times, it is not a pointless tactic. Still, City delivered 42 crosses over the course of the 90 minutes, with De Bruyne alone responsible for 15.

It’s easy to say a team with City’s attributes could find more productive uses of their time, but this kind of plan B would feel more sensitive with Kane around.

Some generous marking from Joao Cancelo and Kyle Walker certainly helped, but he ruthlessly dispatched two crosses either side of having another conversion disallowed for offside.

Those traditional tools of the striker trade are still what makes Kane an attractive option to City, more so than the other eye-catching elements that wowed Eastlands.

A year older, a year closer to the end of his contract and with the same Daniel Levy still in play, there are some calculations to be made.

Would you like City to go back in for Harry Kane? Or should Aymeric Laporte’s place be questioned? Follow City Is Ours editor Dom Farrell on Twitter to get involved in the discussion and give us your thoughts in the comments section below.