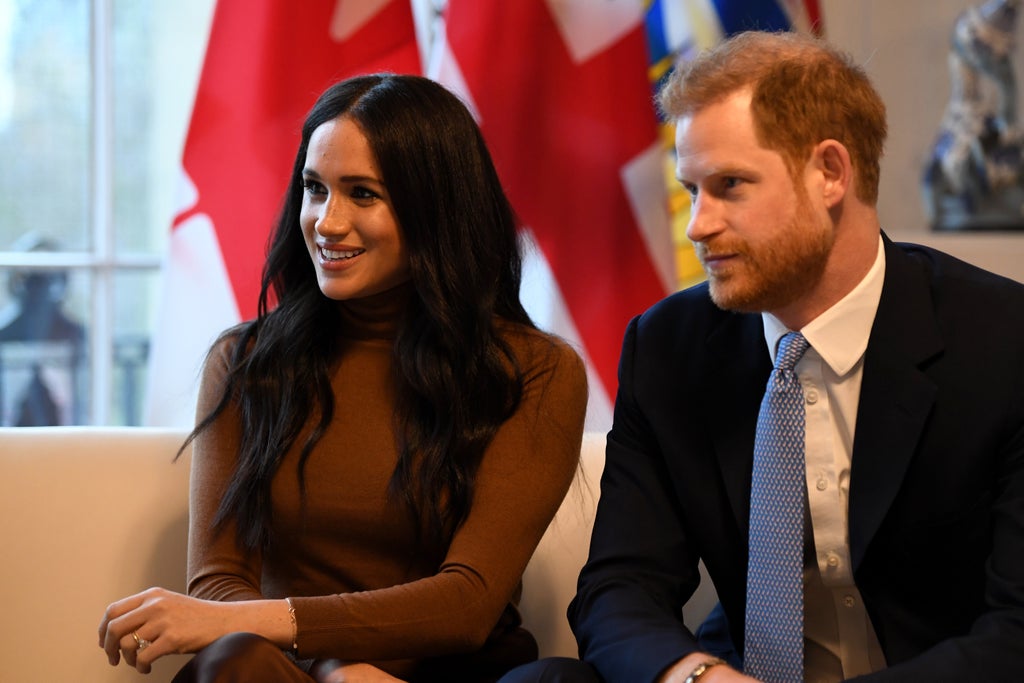 The Duke and Duchess of Sussex are to receive a top accolade at the NAACP Image Awards for heeding the call to social justice and joining the struggle for equity around the world.

Harry and Meghan were named as recipients of the prestigious President’s Award, which recognizes special achievement and distinguished public service.

The couple, who stepped down as senior working royals in 2020, said in a joint statement that it was a “true honour”.

They added that the efforts by US civil rights organization the NAACP on racial justice were as “vital” today as they were more than a hundred years ago when it was founded.

The NAACP, which stands for the National Association for the Advancement of Colored People, was set up in 1909 in response to ongoing violence against black people and is the US’s largest and most pre-eminent civil rights organization, with more than two million activists.

Its Image Awards celebrate outstanding achievements and performances of black and minority ethnic people in the arts.

Derrick Johnson, president of the NAACP, said: “We’re thrilled to present this award to Prince Harry and Meghan, the Duke and Duchess of Sussex, who together have heeded the call to social justice and have joined the struggle for equity both in the US and around the world.”

Mr Johnson added: “Not only do they continue to lead by example, the duke and duchess have also decided to inspire the next generation of activists through the NAACP-Archewell Digital Civil Rights Award, ensuring the support and recognition of generations of civil rights leaders you eat.”

This inaugural recipient is author and scholar Dr Safiya Noble, who has pioneered the study of how digital technologies intersect with culture, race, and gender.

She will receive a 100,000 US dollars unrestricted stipend to help advance new work in the field.

Harry and Meghan said in a joint statement: “It’s a true honor to be recognized by President Derrick Johnson and the NAACP, whose efforts to promote racial justice and civil rights are as vital today as they were nearly 115 years ago.

“We’re proud to support the NAACP’s work and to also partner with the organization on the newly created annual NAACP-Archewell Digital Civil Rights Award, which will be bestowed to Dr Safiya Noble as part of the 53rd NAACP Image Awards.”

The Sussexes have been vocal on matters of race, contributing to the national debate in the US.

Meghan told of her “absolute devastation” at racial divisions in a speech to her old high school in June 2020 following the murder of George Floyd.

Marking Black History Month later that year, the Sussexes said there was a lost generation of “people of colour” whose contribution to UK society will remain “untapped” as long as structural racism exists.

In October 2020, Harry admitted his privileged upbringing as a member of the royal family meant he had no understanding of unconscious racial bias.

Harry said it took him many years – and the experience of “living” in wife Meghan’s shoes – to recognize the issue, during a conversation with Black Lives Matter supporter Patrick Hutchinson.

Meghan, the first mixed race person to marry a senior British royal in centuries, said in their bombshell Oprah interview that an unnamed royal raised concerns with Harry about how dark their son Archie’s skin tone might be before he was born.

The pair has campaigned on the need for global vaccine equity, with Meghan also addressing gender equality and paid leave for new parents.

The 53rd NAACP Image Awards is being aired live in the US on February 26.