Skip to content
Home News Hablamos Español: Denounced the authors of tweets with insults to the family who asked for 25% of the Spanish language in school for their five-year-old son | Catalonia 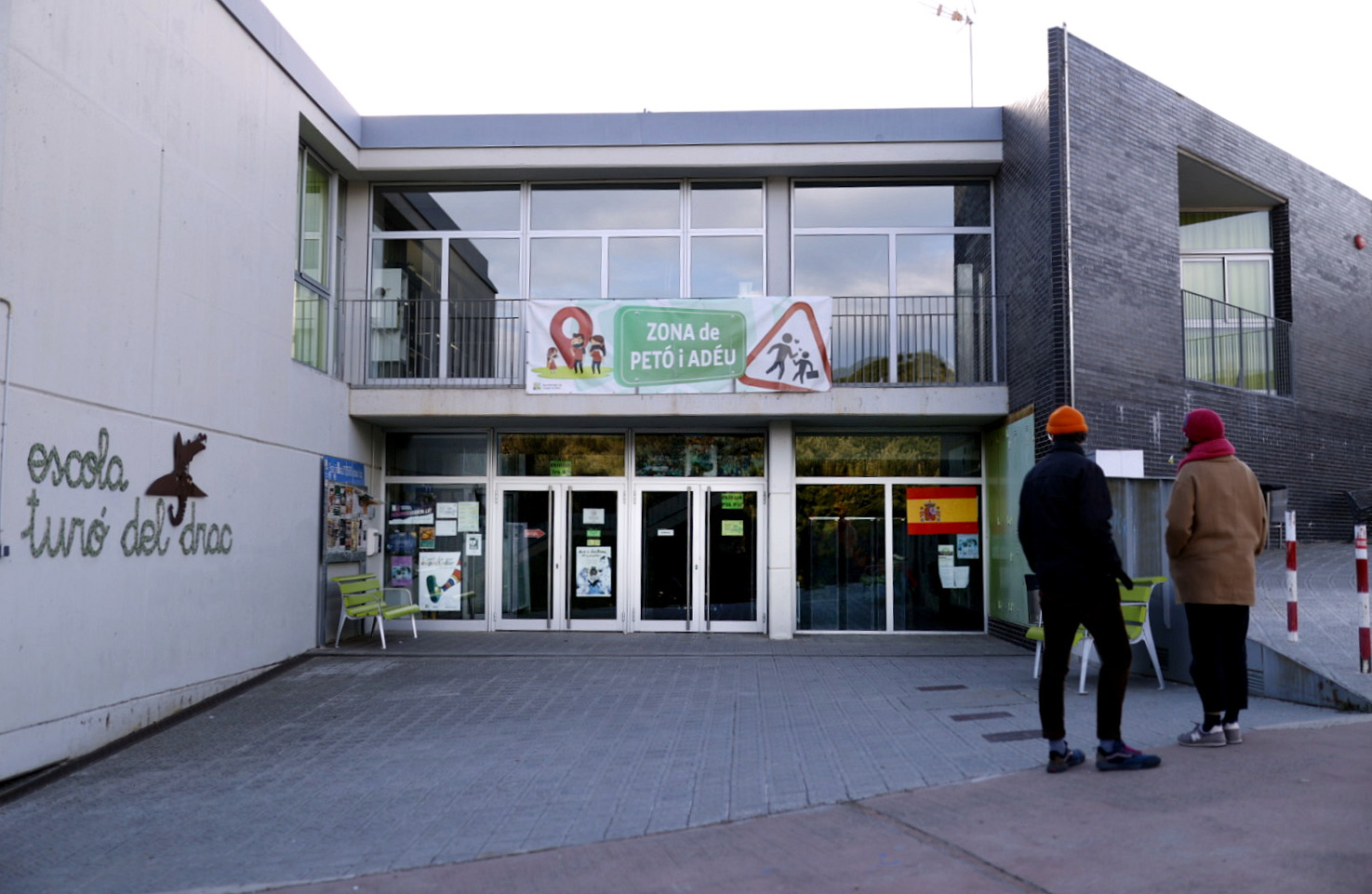 The Hablamos Español association has denounced to the Prosecutor’s Office the alleged authors of Twitter messages directed against the family that managed to get a judge to force 25% of the teaching of their children, in a school in Canet de Mar (Barcelona), was taught in Spanish. The victims of the insults are the parents of a P5 student (five years old) from the Turó del Drac school in Canet de Mar who have claimed to the courts that the language in which their child receives education is, at least in a 50%, in Spanish. The Court of Justice of Catalonia (TSJC) admitted the family’s petition for processing and imposed ―at the beginning of December― that, as a precautionary measure, the school give 25% of the classes in Spanish to this minor and, consequently, to the rest of his classmates.

The precautionary measures applied to the P5 class of the Turó del Drac school were made public only a few days after the Supreme Court overturned the appeal of the Generalitat against the ruling of the TSJC that forced 25% of hours to be taught in Spanish in all schools in Catalonia. After this ruling, the Catalan education minister, Josep Gonzàlez-Cambray sent a letter to all the centers asking that, despite the ruling, the teachers did not change the language project. So, Hablamos Español already filed a complaint against Gonzàlez-Cambray accusing him of prevarication and of ignoring a resolution of the high court. In addition to the complaint filed against the counselor, the one filed on Monday against the Twitter accounts that threatened Canet de Mar’s family and another that they have filed against TV3 after the program Bricoheroes Two comedians ironically noted that he had a dog that had been taught to “smell Spaniards” to prevent robberies.

Gloria Lago, president of Hablamos español, explained to EL PAÍS that when the precautionary measures affecting the Canet de Mar school were made public, “a real persecution” was unleashed on social networks. “At the Prosecutor’s Office we have highlighted the attitude of two individuals. One of them is Jaume Fàbrega, a former tourism professor at the Autonomous University of Barcelona, ​​who posted a tweet saying: ‘I’m about to stone this child’s house. Let them go outside of Catalonia. We do not want Castilian supremacists who hate us ”. Fàbrega is a renowned gastronomy expert who has had problems with his outbursts on social media. In 2018, he had to apologize and even resigned as a professor at the School of Tourism and Hotel Management after publishing a tweet assuring: “Tabarneses, Ciudadanos… the cancer of Catalonia, third generation of migrants who hate us, like the third generation of Maghrebis from France, adherents of violence and hatred of the host country ”.

The complaint from Hablamos español is not left alone in Fàbrega. They have also filed another against him police and pro-independence activist Albert Donaire who, upon learning of the precautionary measures imposed on the P5 class at the Turó del Drac school, published a tweet with the message: “This child has to be found absolutely alone in class. In the hours that are done in Spanish, the other children should leave the class. Let’s react or they’ll kill our tongues ”.

“We have presented these complaints and they will not stop us. Every time we see this type of attitudes that incite hatred and violence, they will find us in the Prosecutor’s Office. There is a lot of fear but we trust in justice ”, stated Lago. In the complaints presented, they ask the Public Ministry to investigate and the Executive to speed up compliance with the sentences to guarantee in all the centers of Catalonia that at least 25% of teaching hours are fulfilled in Spanish.

The spokesperson for the Government of the Generalitat, Patricia Platja, warned this Tuesday at a press conference that although the Catalan Executive is specifically unaware of the threats to the Canet de Mar family “the Government rejects any violent act.” Platja added that the Executive does not consider it “fair” that a whole classroom has to change the language at the request of a family.

On the other hand, the president of the Assembly for a Bilingual School in Catalonia (AEB), Ana Losada, has asked the Prosecutor’s Office to prevent the distribution among Catalan schoolchildren of a survey by the Síndic de Greuges ―the Catalan ombudsman― on linguistic uses. In the brief submitted to the Superior Prosecutor’s Office of Catalonia, to which Efe has had access, Losada maintains that this survey “may constitute serious violations of the rights of minors, both in regard to their right to personal and family privacy , ideological freedom and the right not to be forced to perform work or tasks that do not redound to their benefit or benefit ”.

The survey asks school children questions such as: What is your language? What languages ​​do you study at school? What languages ​​do you study outside of school? What language did you speak first at home? What is the language that you speak with your father and / or with your mother? What is the language that you usually use at home, with your family, with your friends, when you read, on social networks, when you watch series, etc.? They also ask what language the teachers speak to them, where they were born, where their parents were born, what nationality their parents have and what is the educational level of their parents. In one of the sections of the survey, the student must answer what language each of the teachers uses in class, specifying the teacher’s language for each subject. For Losada, this survey “lacks training utility, does not comply with the Organic Law of Education (2006), nor the Education Law of Catalonia (2009), nor the Statistical Law of Catalonia (1998) and collects from the smallest data that affects privacy, such as the language used with their parents and friends ”. In addition, it ensures that “it is intended to be carried out without the authorization of the legal guardian and the students are asked to control the language used by the teachers.”

“It is an action that does not respond to the best interests of the minor and that burdens him with a task that is not useful for his training, taking advantage of the minor’s subordination situation in the school environment to get him to provide information of an intimate nature and family member without the necessary consent of their legal representatives, ”Losada alleges in the brief presented to the Prosecutor’s Office.