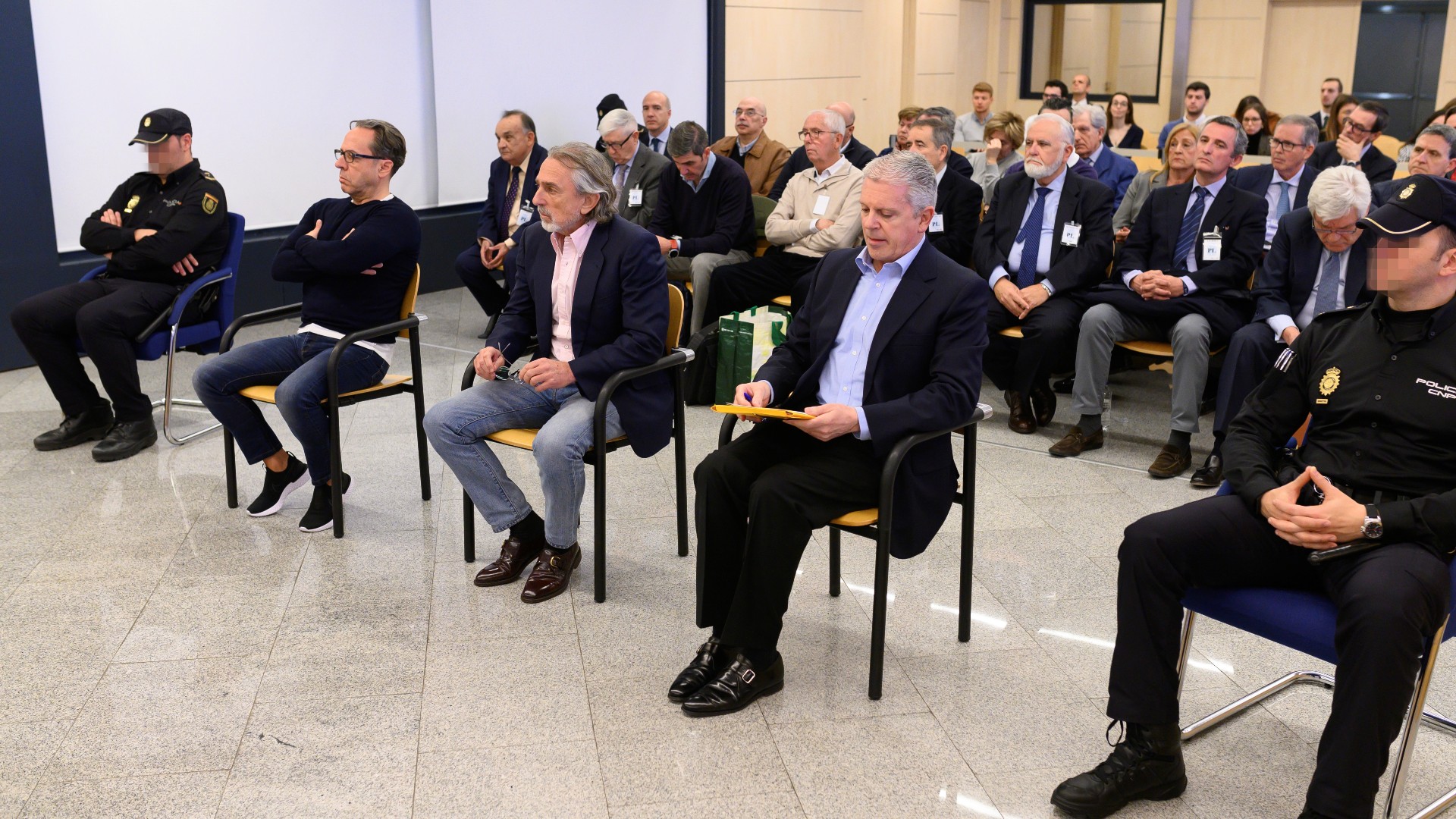 The main stakeholders of the Gürtel network they sit again this Tuesday in the dock of the accused of the National High Court, which will judge the piece related to its activities in the Madrid municipality of Boadilla del Monte between 2001 and 2009, in which the PP once again appears as a lucrative participant.

The trial that starts this Tuesday after two postponements and that will last until at least mid-February will be marked by the confessions of more than half of the accused, who have recognized their role in this plot of irregular awards of public works in Boadilla del Monte, in search of future mitigations and reductions in their sentences.

From the considered head of the network, Francisco Correa, or his second and former secretary of organization of the Galician PP Pablo Crespo; to the former mayor of the municipality Arturo González Panero, ‘El Albondiguilla’, and several businessmen have acknowledged the accusation of the Prosecutor’s Office, which, however, will not announce possible reductions in their petitions until they have declared, according to what tax sources pointed out to Efe.

The facts that are judged

Twenty-five defendants will sit on the bench for this piece of the Gürtel case, number 9 -one of those still to be judged-, which revolves around the alleged payment of commissions to PP politicians, in the form of gifts or money, in exchange for interceding in public adjudications of Boadilla between 2001 and 2009 to the point of managing in practice all public contracting, according to the Prosecutor’s Office.

According to the investigating judge, the ‘Gürtel’ would have acted “uninterruptedly” in Boadilla del Monte at least between 2001 and 2009 enriching itself in two ways: by handing out municipal contracts ‘by hand’ among the companies in the plot “in exchange for the corresponding commission” and by “direct seizure of funds from public entities” in the Madrid town.

The magistrate José de la Mata framed this derivative of ‘Gürtel’ in a much larger network that would have acted beyond the limits of this municipality through the Correa business ‘holding’ between 1999 and 2009 with the same logic “to obtain contracts , issue false invoices and hide the funds obtained, “for which” they bribed authorities and officials, with whom they agreed (…) and hid the illicit income “obtained from the Public Treasury.

The PP would have benefited from the plot

The PP appears again as civil responsible as a profit-sharing participant, for which it is required to compensate the City Council of Boadilla del Monte with 204,198 euros, which is what the municipal coffers would have spent to pay for party events, including elections.

According to the judge who investigated the case, the PP would have benefited from some operations “getting the organization’s companies to pay the costs of the different political acts organized by and for the party “.

For this condition he was already condemned in the sentence of Gürtel Época I, which led to the fall of the Government of Mariano Rajoy, in his case for profiting from the plot in the Madrid municipalities of Pozuelo de Alarcón and Majadahonda.

Recently the same Chamber, the second section of the Criminal, has condemned the PP as a subsidiary civil liable for 123,669 euros defrauded in the payment of part of the reform of its headquarters with money ‘B’.

Over the last few months, the magistrates have received confession papers from the accused, in which the “favorable treatment” granted by the Boadilla City Council, then governed by the PP, to Correa companies in award processes in exchange for commissions.

Some have even pointed beyond the defendant’s bench: whoever was the PP’s campaign manager in Boadilla in 2003 and 2007, Cesar Tomás Martín Morales, pointed out that, according to Correa, the winners were “recommended” by the current president of the PP of Madrid, Pío García Escudero.

He indicated that certain companies were hired to compensate “their contribution to the PP acronym” and added that the regional heads of campaign coordination, Guillermo Ortega in 2003 and Cristina Cifuentes in 2007, “always made it clear that the campaigns should not pass officially of the limits, suggesting that they were carried out in cash. “