Skip to content
Home News Guillermo López Lluch, biologist: “We have to go from the state of hysteria to that of surveillance before the omicron variant” | Science 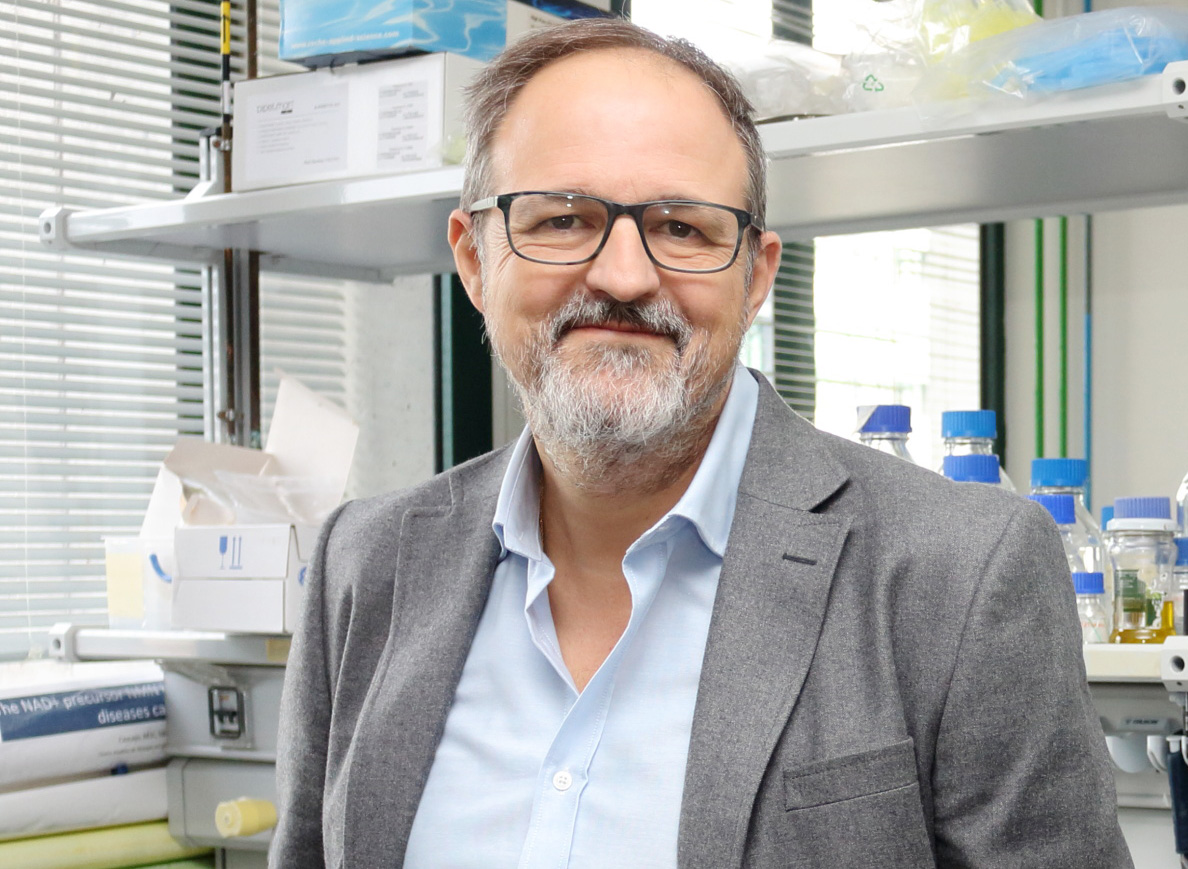 Guillermo López Lluch, a 52-year-old from Córdoba, is a professor in the area of ​​Cell Biology at the Pablo de Olavide University of Seville and an associate researcher at the Andalusian Center for Developmental Biology after having trained in Spain and at the Department of Molecular Medicine (Rayne Institute) from the University College of London. He claims that a scientist never rests and the pandemic has given him one more reason to be permanently looking at the coronavirus that causes covid in order to unravel it. He believes that the omicron variant was predictable and that the alarm generated is disproportionate. He assures that “we must go to a state of vigilance rather than a state of hysteria” and warns that neither the virus is interested in killing the host it has found in people nor is the body defenseless. Since the beginning of the pandemic, he has not stopped communicating, informing and investigating to put the coronavirus in its place in the field of biology.

Question. Is the omicron variant worrisome?

Answer. It was predictable. Mutations are normal to a new virus in a new host. Thousands are produced while the virus replicates until it finds the most effective ones when it comes to infecting, and those are prevailing. The changes are accumulating in the protein that the virus uses to enter our cells, it is adapting molecularly to what it has to recognize in our body to better infect. But that does not mean that the way it affects the body will be aggravated. In the population sphere it can be more infectious, it can affect more people, but at a particular level, in the sphere of each person, it does not mean that it is more serious. The symptoms caused by the new variant have changed. It no longer causes a loss of smell but a picture of general malaise similar to that of a cold. The problem is that there will always be a percentage of people more sensitive to respiratory infections, such as pneumonia, in which the virus is more aggressive. But there are 200 types of viruses that cause pneumonia, along with some bacteria, and there are people with a poor immune system to fight the infection. However, you have to think that the virus is not interested in the fact that the host, the person where it replicates, dies quickly.

The new variant may be more infectious, affect more people, but at a particular level, at the level of each person, it does not mean that it is more serious

P. Is the presence of more than 30 mutations in the omicron variant relevant?

R. In principle yes because it means many mutations in a single variant. But the question is, how many intermediate variants have not been sequenced? This has been discovered because people with coronavirus were detected with symptoms that did not match the general ones described in the majority of the population. But how many variants will there be on the planet? The other relevant question is how many of these mutations of the virus improve its ability to infect. It may be that there are not as many as we think and that many of them are silent mutations, which do nothing. It can change an amino acid, but it is neither conducive to infectivity nor particularly damaging to the host.

P. Do mutations mean that vaccines are not effective?

R. You can not say. The immune response is much more complex than what is being said. They are looking at the response of the neutralizing antibodies, which are the ones that are supposed to bind to the zone of interaction between the virus and our cells to block them. But there are other antibodies that do not bind to that area, that stick to other nearby sites of the protein and also neutralize because they prevent the virus protein from changing, adapting to the human one. The omicron variant has many mutations in the integration zone, which was predictable because it is where it interacts molecularly with the human protein, but the S protein of the virus [la que utiliza para infectar] it has many sites occupied by sugars and vaccines also act on that part. Furthermore, it is already known that some antibodies recognize, block and interfere with that part. And for T lymphocytes there are more than 200 possible protein bits that can be recognized and it is not expected that, due to some mutation, all the protein will escape. It is still too early to think that vaccines have lost enough efficacy to think about designing a new one. We have to wait and see how it evolves, but I don’t think its effectiveness has been lost. When the delta variant appeared, some directors of vaccine manufacturers already said that they would have to be modified and it was not necessary.

Many mutations may be silent, doing nothing. It can change an amino acid, but it neither favors infectivity nor particularly harms the host

P. Does the body’s defense system, with the immunity acquired by vaccines or by natural immunity, have the capacity to defend itself against this variant?

R. It is logical to think that it is capable of recognizing the viral infection at the beginning, as soon as it begins to act, if it has enough T lymphocytes, white blood cells that are capable of destroying the cells infected by the coronavirus. It is the body’s memory to respond to that viral infection. The immune system trained with vaccines acts mainly on the key of entry of the virus into the body, against protein S. But when it has to respond a second time, a natural immunity is already developed and this is capable of acting against other proteins of the virus. the membrane and especially against internal protein peptides.

P. Will there be more variants?

R. There is that possibility, but I do not think many more because many of the mutations have occurred in the interaction zone and, evolutionarily, when a system reaches an optimal level, any change hinders and hinders that interaction, so they would be worse. Variants with mutations at other sites that are irrelevant can be detected.

All pandemics begin and also end. We will end a virus that may remain endemic and will cause colds, like the other human coronaviruses out there.

P. Are current measures against the coronavirus valid?

R. I think we should go to another level that would involve monitoring hospital pressure and, especially, strengthening primary care. The latest increase in infections is not generating the hospitalizations and deaths from previous waves thanks to vaccines. It is important that people who are reluctant to get vaccinated do not think twice: they are safe and their health is in danger. It is they who can suffer the severe version of the disease.

P. How will the pandemic evolve?

R. All pandemics begin and also end. We will end a virus that may remain endemic and will cause colds, like the other human coronaviruses out there. Our immune system will be strengthened and we will simply have colds from time to time.

P. So is the alarm raised by the omicron variant disproportionate?

R. I think so, that there has been a disproportionate alarm because a new variant has been identified that has many mutations. The problem is in countries with a very low percentage of vaccinated people. But it was already a problem with the delta variant and it will be with the omicron. The important thing is to have the majority protected population and make decisions based on evolution, calmly, according to the data. Right now we can’t say this is going to be a disaster. It is necessary to pass to a state of vigilance rather than a state of hysteria.