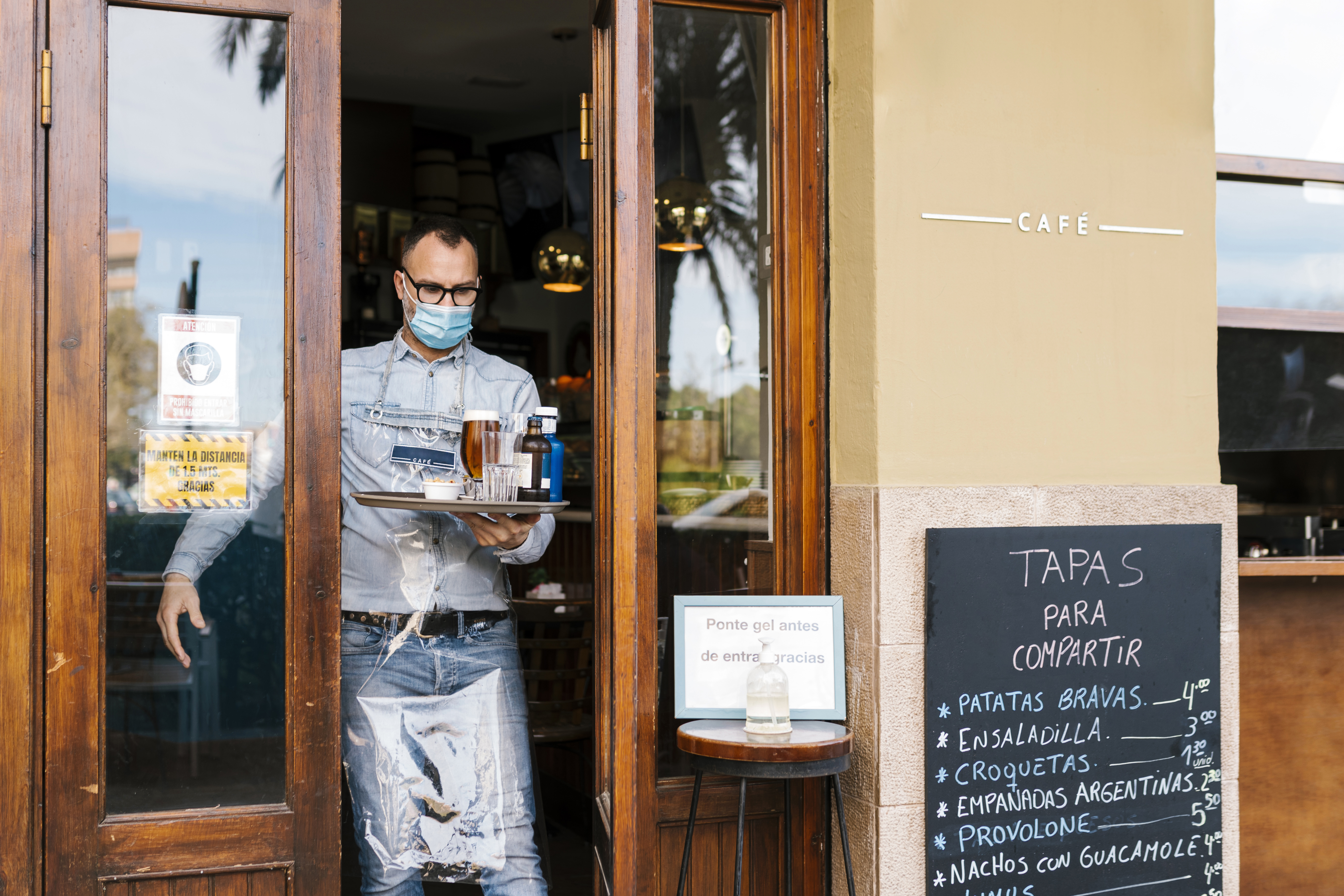 10 euros for a beer; 14 for coffee, cane and tortilla skewer with compulsory bread charged separately at 2.30 euros; 70 euros for a sangria in a summer beach bar … Often times, the nailed of the bar, restaurant or cafeteria ends up going viral and causing a wave of comments on social networks. Beyond business reasons and the prevailing freedom of prices, the doubt slides about when it is possible to claim the invoice and when it will be necessary to settle for venting on Twitter.

Each entrepreneur is free to set the cost of dishes and services in the menu of the premises. Controlling them, says Olalla Carballo, an expert consumer lawyer, “would violate the principle of market freedom enshrined in article 38 of the Spanish Constitution.” Therefore, regardless of the social reproach it may deserve, Gerardo Ruiz, a lawyer in the Legálitas Consumer Department, adds, “each establishment can charge whatever it deems appropriate.” Of course, they must comply with sectoral legislation and respect the regulation that protects consumers from abuse.

The coffee from the neighborhood bar does not cost the same as the one taken in a hotel or in the Plaza Mayor in Madrid. The difference, justifies Emilio Gallego, Secretary General of Hospitality of Spain, “is set by the standard of living in cities, the competition itself, areas, category of the establishment and the type of service offered.” What the user can demand is that both the prices and the quality of the product match what is announced by the site. You cannot sell as fresh hake what is frozen fish, for example. On the other hand, the invoice cannot add supplements for business costs such as the laundry of the tablecloths.

The diner does not have to be scared when paying the bill. The place must show its rates in a visible way through the letter, murals, blackboards or the like. The consumer law, says Elena Zapata, a lawyer specializing in the matter, requires them to adequately inform the client “and give maximum publicity of their prices, as well as any other additional expense that is charged for accessory services: covered, bread, aperitif , plus terrace, etcetera “. Consequently, the cost of the dishes off the menu that the waiter sings or the drinks not included in the menu must come in writing. On the other hand, if it is on the price list, it is legal to invoice for such exotic items as uncorking the bottle of wine.

The problem, Ruiz adds, is that in terms of price advertising “each autonomous community sets its rules.” In the Canary Islands, for example, it is forbidden to include concepts by “covered” or “table”. Some autonomies, Zapata points out, demanded that the hoteliers send the list to the competent authority. It was not allowed to charge services or amounts other than those notified, a way to prevent the locals from surprisingly inflating their rates. Now, it is enough to publish them in the establishment, which does not always avoid the shock, especially in tourist season.

In addition to demanding transparency, users can refuse payment for unsolicited services. Just a few months ago, the account of a tortilla pincho at the bar of a bar on Madrid’s Gran Vía went viral. The diner complained that she had been charged an extra 2.3 euros for the bread on the cover when she had asked not to put it on. The waitress replied that bread was “mandatory.” But, as Olalla Carballo explains, in these cases the consumer has the law on their side. “If the establishment decides to accompany the skewer with a portion of bread that I have not requested, that service must be courtesy,” he says. The correct thing, he adds, is that “the user is asked in advance so that he can decide.” Something in which Gallego agrees: “The client can only be charged for what he has requested and what he has previously been informed of.”

Other reportable irregularities refer to how the diner is informed. The customer does not have to find out the right price for his order, as if it were the mythical television contest. The products that appear in the letters must include VAT, that is, the final price to be paid. Rosana Pérez Gurrea, lawyer and teacher, warns: “From Consumo it has been warned that this obligation is being breached.” The typical legend “according to market” is not enough, and must be accompanied daily by the exact cost of the dish. In addition, when the ration is charged according to the weight of the product served, the customer has the right to know how much it will cost.

If unsolicited or uninformed concepts appear in the restaurant or bar note, Zapata adds, “we may find ourselves facing business malpractice that can even be considered an unfair practice because it is misleading.” In these cases, it will be necessary to request the claim form to initiate the process with the Administration.

In any case, so that the food does not end up choking it is better to leave the embarrassment aside and ask for the price of the beer before ordering it. “The truth is that, if we do not do it, we are exposed to not being able to claim later,” concludes Carballo.

The cancellation policy of the Michelin-starred Madrid restaurant The Greenhouse has raised controversy. The consumer organization Facua denounced as abusive the clause by which the premises charges 100 euros to each client who cancels their reservation 24 hours or less in advance. Users, defended the business, are informed of said penalty, which, in addition, is collected on the website of the site. A prior notice that, in the opinion of Gerardo Ruiz, Legálitas lawyer, “legitimizes” the establishment to charge as it is “a contractual condition”. Along the same lines, Emilio Gallego, Secretary General of Hospitality of Spain, emphasizes that the costs of a cancellation are “often irrecoverable”.