A grieving Edinburgh dad has opened up on the tragic death of his son who suffered a traumatic brain injury during a game of rugby at school.

Peter Robinson, who lost 14-year-old Ben in 2011, has described his death as “preventable”.

Young Ben sadly passed away aged just 14 in 2011 from ‘second-hand impact concussion’ after he was sent back onto the pitch to play with his injury.

Dad Peter, who lives in Roseburn, with his wife Carol and their two other children Isla and Gregor, is constantly reminded of the tragedy and has decided to share his son’s story to make others aware of the issue across sports in Scotland.

speaking to Edinburgh Live Peter said: “I lost my son Benjamin in 2011, it was a school game and and at the end of the month there is a book coming out that goes into the details of my son’s death and all the things that weren’t up to standard on and off the pitch.

“When the inquiry happened in Belfast there were hounds of press outside the front door. We had the choice to go out of the back and avoid them or to go out and face them, so we went out of the front and spoke out.

“The cause of death found at the inquiry was “second impact syndrome” which the coroner said it was “probably” the first recognized case in the UK.

“And this is what happens when you don’t take people off when they have a concussion, pathology found that Ben had three different injuries from the same game. It’s really hard to know that if just one person had recognized the signs he could still be alive today.”

After being treated three times for blows to the head and sent back to the field on each occasion, he collapsed and later died in hospital.

Ben who played center was ‘knocked out’ for 90 seconds before being pulled back up to rejoin the game which led to the further trauma to his brain that cost the teen his life.

The retired police officer lives with the knowledge that with just a bit of awareness and education surrounding impact injuries in sports especially among children his son could be here today.

The experience is relived in a novel which will be released called, A Delicate Game: Brain Injury, Sport and Sacrifice which has a chapter dedicated to Ben and the heartbreaking incident that took place on the pitch.

Peter has spent years advocating for guidelines and education to be implemented properly in all sports to prevent another child losing their life.

“Ben was treated on the pitch which should have been enough for him to be sat off the pitch,” he said.

“Kids are the vulnerable group, the referee and teacher weren’t informed that it’s high risk but so easy to treat at the time.

“Ben played center and in court the inside center that played next to him said that Ben told him ‘I don’t remember the last tackle’ because he was so concussed yet still able to play on.

“It should have been picked up with a little education, I know the referee and coach can’t keep an eye on all 14 players at once but if the team mates are aware they can look out for each other” He added.

See also  Asian shares mixed, oil steady ahead of July 4 holiday in US

Heartbreakingly, he admitted: “The biggest pain for us as a family is knowing it was preventable. It was a man made accident, it was recognized but mismanaged on three different occasions.

“He was out for 90 seconds before he was pulled back on to his feet, his body had ploughed into the ground. It’s not just direct blows that cause these injuries its indirect blows too.”

Finally the dad reflected on the book that has revisited the traumatic death of his son adding, “It was strange picking it up and reading about your own son. You wish it was fiction but its not.

“You could never be mad at Ben he had such an infectious grin.

“We donated all his organs because we know that’s what he would have wanted and he saved five people. It’s bittersweet but helps.” 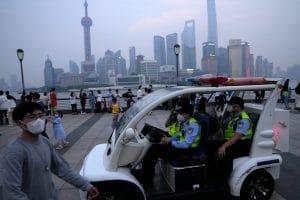 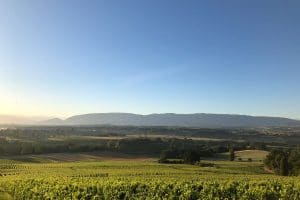