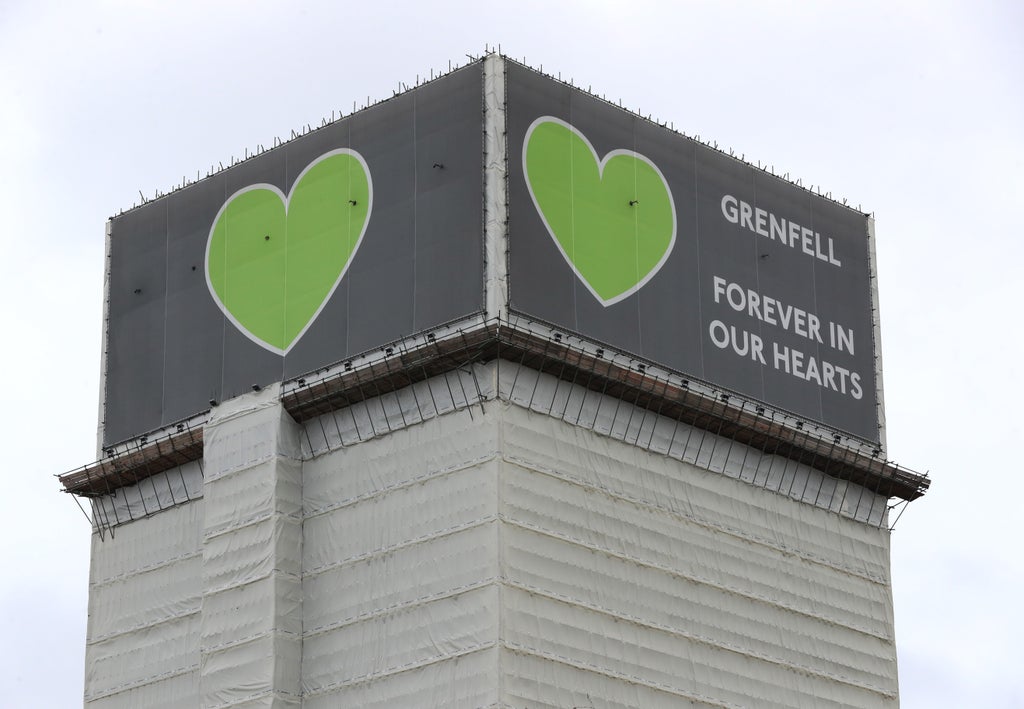 Boris Johnson’s government has failed to enact “a single recommendation” from the first phase of the public inquiry into the Grenfell Tower fire, London Mayor Sadiq Khan has said.

M Khan questioned whether ministers and the housing sector are taking steps to move forward with instructions from the first phase of the inquiry into the fire which claimed 72 lives.

The Inquiry’s phase 1 report included 12 proposals aimed primarily at the government – ​​but to date none of these have been completed, according to the mayor’s office.

Mr Khan said he was “extremely concerned the government has failed to complete a single recommendation from the first phase of the inquiry”.

The major added: “It is vital that the government and the housing and building industries act now and do not wait for the inquiry’s next report to take action on such an important issue.

“Without faster action, the government is failing the Grenfell community, putting lives at risk and leaving residents feeling unsafe in their homes,” said Mr Khan, calling for “wholesale reform”.

But Michael Gove’s Department for Leveling Up, Housing and Communities (DLUHC) said Mr Khan’s claim of inaction was “unfounded”.

The inquiry’s first phase looked at how the June 2017 fire at the 24-storey west London tower block began, spread and became a disaster.

These were seen as some of the key findings might influence the deeper investigation of the inquiry’s second phase – into how it could happen in the first place.

Mr Khan said the London Fire Brigade (LFB) has completed 26 out of the 29 recommended moves which had been directed them and other fire and rescue services.

Introducing smoke hoods to aid in the rescue of people in smoke-filled environments and using 32m and 64m ladders to help tackle fires in high-rise buildings are among the changes the LFB has made since the Grenfell Tower fire.

The brigade has also rolled out an extensive training program to put in place changes for how the brigade responds to high-rise fires, including when the ‘stay put’ guidance is no longer viable and a mass evacuation carried out, according to the mayor.

The findings of an October 2019 report recommended that the owners of residential towers should carry out regular lift inspections of lifts, and tell local fire and rescue services about floorplans and the type of cladding used in such buildings.

These recommendations include vital changes to legislation and the government’s national guidelines on building regulations, including those that relate to fire safety.

A DLUHC spokesman said the government was “making progress” towards implementing the inquiry’s Phase 1 recommendations.

“We’re introducing the biggest improvements in building safety for a generation – with tougher regulations that will give more rights and protections for residents and make homes safer,” said the government spokesperson.

“Our new building safety regulator will enforce a more stringent regulatory regime for high-rise residential buildings, and oversee the safety and performance of all buildings.”

When the first phase of the report was published, Boris Johnson told MPs: “I will not allow the lessons of this tragedy to fall through the cracks.”

He said that where inquiry chairman and retired judge Sir Martin Moore-Bick recommends responsibility for fire safety be taken on by central government, “we will legislate accordingly”.