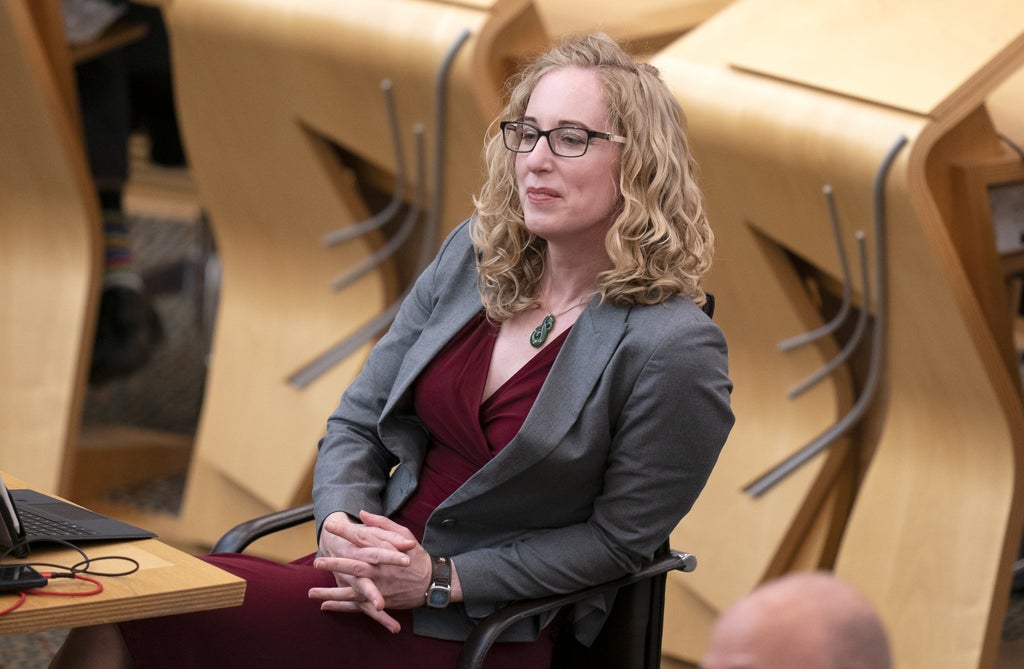 The Greens will contribute to the Scottish Government’s prospectus for independence, Circular Economy Minister Lorna Slater has said.

Ms Slater, who joined the Scottish Government last year as part of the SNP-Green co-operation agreement, said the Greens would also be publishing their own prospectus in addition to the government’s plan.

While both parties support independence, some policies are excluded from the co-operation agreement, such as their stances on membership of Nato.

Nicola Sturgeon has said the document will be a “detailed prospectus” which will renew the case for independence, and in January it was revealed a team of 11 civil servants had begun work on it.

In an interview with The Herald, Ms Slater said the Scottish Government prospectus would not fully encapsulate the Greens’ vision for independence.

The Scottish Greens co-leader said: “There will be more than one prospectus for independence.

“I am not 100% sure what form it will take, whether it will be a single paper or a series of papers, exactly how that prospectus will be brought forward.

“But certainly the Government position will be jointly created.”

Asked if she was confident of a new independence referendum taking place in 2023, Ms Slater said: “That is certainly the plan, that’s the vision for it, that’s what we are committed to.

“The Greens said this term of parliament, we’re saying next year is a good year. It’s an exciting time.”

Work on the prospectus is taking place within the constitution directorate, overseen by Constitution Secretary Angus Robertson.

Scottish Conservative MSP Donald Cameron said: “SNP and Green ministers have revealed that their priority will always be their obsession with independence, rather than dealing with the pressing issues that actually matter to ordinary Scots.

“As we begin to look beyond the pandemic, we need the Scottish Government to be fully focused on our recovery.

“It is completely irresponsible for Government time and resources to be wasted on planning for a divisive second independence referendum that most Scots oppose.”

Scottish Liberal Democrat leader Alex Cole-Hamilton said: “There’s so much more that a Scottish Government focused on the day job could do to tackle the climate emergency, support our NHS, get a grip of the cost-of-living crisis, or help children who have missed out on so much.

“Instead the SNP/Green coalition are living on another planet.

“Decades of obsessing over independence already hasn’t produced even the most basic of answers.”

“This was also a shared vision in the Bute House Agreement between the Scottish Government and the Scottish Green Party Parliamentary Group.

“A detailed prospectus will be published in advance of a referendum, in time to ensure the people of Scotland have the information they need to make an informed choice about their future.”