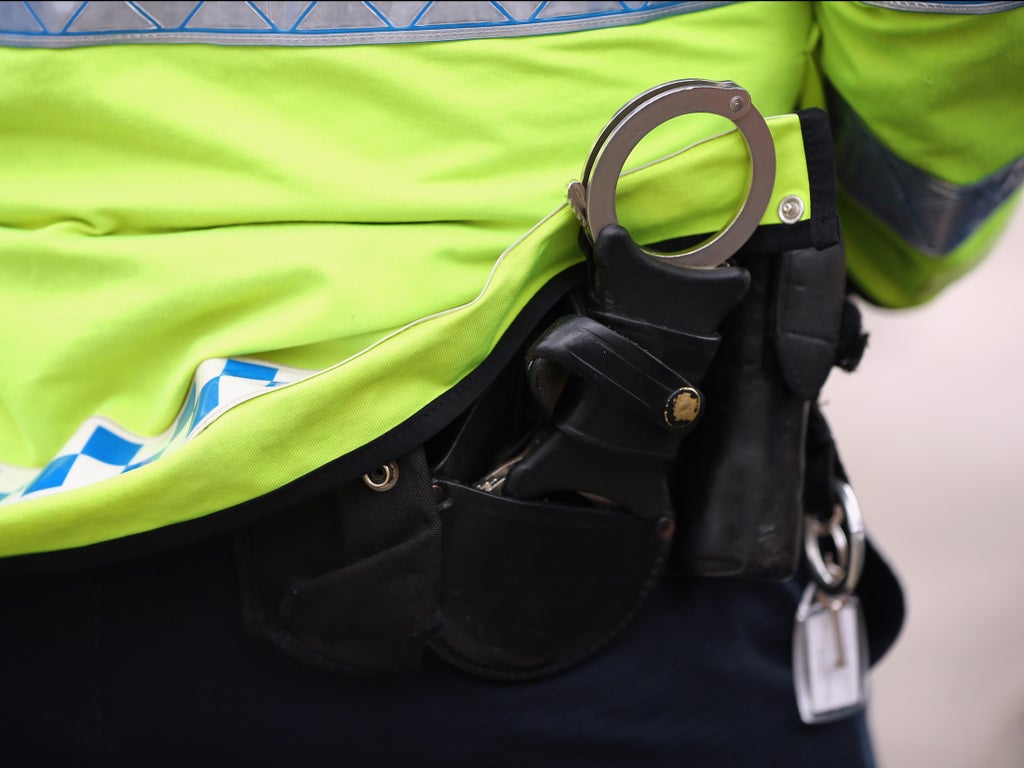 A police officer who sprayed CS – an irritant often used as a tear gas – into the face of a 13-year-old boy during an arrest has been given a written warning.

The Greater Manchester Police officer was found to have breached standards of professional behavior at a misconduct meeting this week, the Independent Office for Police Conduct (IOPC) said.

Following a complaint from the child’s father in August 2020, the police watchdog launched a five-month investigation – during which investigators reviewed bodycam footage, obtained witness statements and conducted interviews.

The disciplinary proceedings this week were arranged by Greater Manchester Police after the watchdog’s investigation, which concluded in December 2020, found the officer had a case to answer for misconduct.

Two officers in an unmarked police vehicle reported seeing the boy involved in a suspected exchange of drugs, according to the watchdog.

After spotting the officers, the boy ran off, and after two failed attempts to stop and search him, one of the officers used CS spray in the child’s face as he turned his head while trying to run away, the IOPC said.

“We found the force used by the officer in this case was neither reasonable nor proportionate and could have been avoided,” IOPC regional director Amanda Rowe said.

“We found no evidence the boy posed any immediate threat to the police or the public and the officer’s conduct during the incident fell short of what would be expected of a serving officer.

“While no serious injury was caused to the child, we know interactions like this with police can have a lasting and damaging impact on public confidence in the police.

“Police officers are trained to deal with challenging situations and should only deploy CS spray when it is necessary, proportionate and reasonable.”

CS is a commonly used tear gas, and can cause eye pain, coughing, sneezing and tightness in the chest.

If it makes contact with skin, it causes burning and stinging, with possible redness and blistering, and if sprayed into someone’s eyes at very close range can cause physical injury, according to the government.

A spokesman for Greater Manchester Police said: “In this case, the officer was given a written warning following a voluntary referral from our Professional Standards Branch to the IOPC.

“We remain committed to addressing any misconduct of any kind, at any rank, and will take swift and robust action to ensure we maintain the confidence of the public we serve.”

See also  Some Russian oligarchs speak out, cautiously, against war