Skip to content
Home News Graphic evolution of the COVID-19 pandemic: omicron and the relaxation of measures trigger the sixth wave | Society 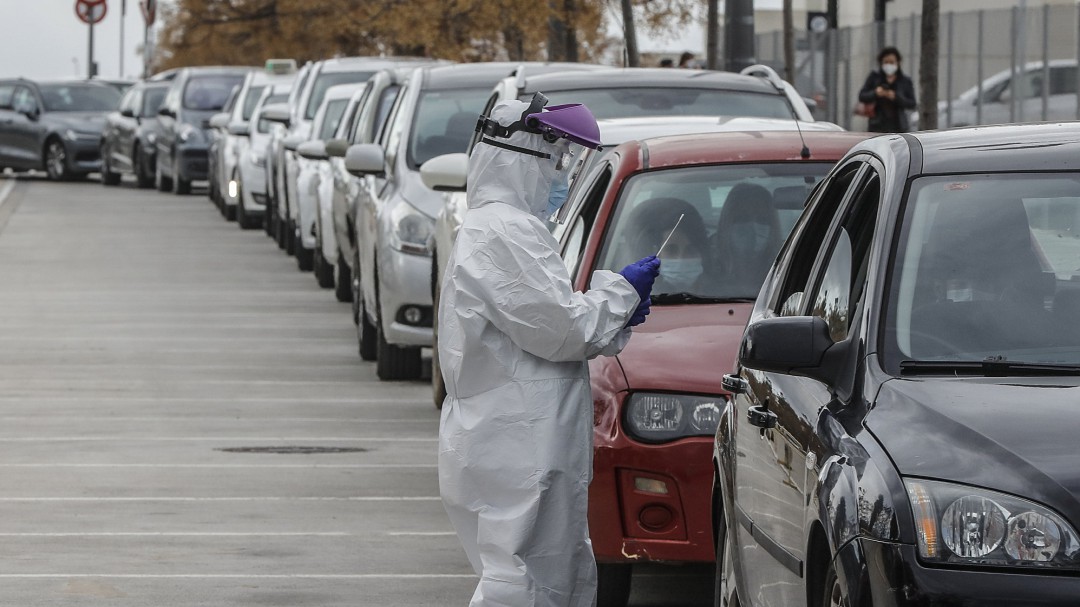 According to the latest data on COVID-19 released by the Ministry of Health, the accumulated incidence at the national level at 14 days already stands at 511 cases per 100,000 inhabitants after increasing by 38 points between Thursday and Friday. A figure that places Spain at a very high risk level one week after Christmas, and reaching figures that were not seen since last August 11.

The data advanced during the weekend by some autonomous communities, in addition, draw a confirmation of the trend of infections. It is expected that from the meeting on Wednesday between the President of the Government and the regional presidents, new measures may come out, but the health authorities already recommend taking all precautions.

The director of the Center for the Coordination of Health Alerts and Emergencies of the Ministry of Health, Fernando Simón, has warned this Monday that the accumulated incidence will continue to rise for at least “two or three weeks” more, so he has called the population to adopt “protective measures”.

As the graphs show, after several months with not very high figures, the lower perception of risk and the fact that the authorities have been withdrawing measures (capacity and mobility, among others), together with the expansion of the omicron variant, has accelerated and intensified a sixth wave of infections that, despite having a majority of the population already vaccinated, is making itself felt strongly.

The incidence data of the first wave are not reliable because there were not enough diagnostic tools, but the sixth wave is already more intense than the fourth and everything indicates that it will also exceed the peak incidence of the second (529), reached in November 2020.

In what does notice a notable difference, before and after the start of the vaccination campaign, is in the number of people who have had to enter the ICU throughout the pandemic.

While in March 2020, days after the state of alarm was declared, more than 500 daily admissions were reached, the highest figure of the third wave was around half (267), in January 2021.

The death curve is similar to that of ICU admissions, only a few days late. The first wave was the worst (more than 900 deaths in one day), followed by the third (595) and the second (359). Once the vaccination campaign began, both the number of admissions to intensive care units and the number of deaths has decreased, but in both the fourth and fifth waves, several days were chained with around 100 deaths a day.

The number of daily deaths in the sixth wave has not yet experienced a rise proportional to that of ICU admissions and remains below 50. However, the total official number of people infected since the start of the pandemic amounts to 5,455. 527 and the total number of deaths from the SARS-CoV-2 disease amounts to 88,708 people.