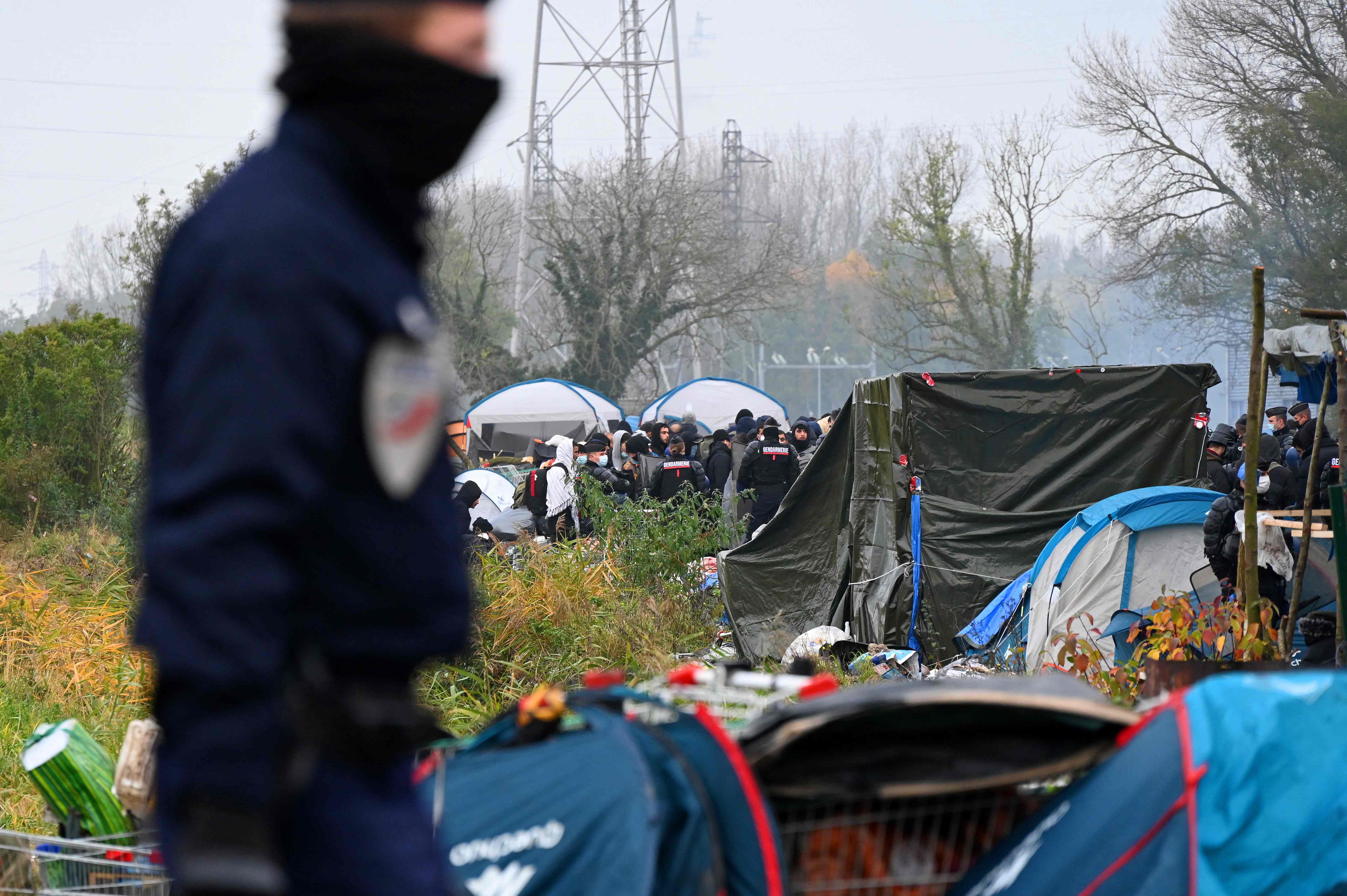 The French Government has ordered this Tuesday the dismantling of a large immigrant camp in Grande-Synthe, about 300 kilometers north of Paris, one of the main starting points from the Gallic coast to arrive irregularly to the United Kingdom. The action takes place amid a renewed tug-of-war between Paris and London over who is responsible for the voyages in precarious vessels through the English Channel, which this year have reached record numbers. The French Interior Ministers, Gérald Darmanin, and British, Priti Patel, had spoken the day before on the matter after raising the tone once again through the press on this subject, one of the many disputes that London and Paris face. in recent times, also very tense by the issue of fishing licenses in Anglo-Norman waters.

“I have instructed law enforcement to proceed with the evacuation of the illicit migrant camp in Grande-Synthe this morning,” Darmanin announced on Twitter early in the morning.

The camp evicted by some 300 law enforcement officers was home to about 1,000 people, including many families and many of Kurdish origin, according to local official sources and NGOs working on the ground. It is one of the largest camps formed since the “jungle” of Calais was dismantled in October 2016, where up to 10,000 irregular migrants took refuge.

According to the Northern Prefecture, responsible for the area, the operation concluded at 2:00 p.m. with 663 immigrants who have agreed to be transferred to various shelters in the region and other neighboring areas. In addition, the authorities have arrested 35 suspected of trafficking in persons or involved in criminal acts. Since the beginning of the year, the border police have dismantled 26 human trafficking networks, 16 of them directly involved in illegal sea crossings, whose number has skyrocketed due to the difficulty of the traditional routes – the ferries and the Calais tunnel – due to the increased police surveillance. So far in 2021, a total of 1,197 traffickers have been arrested, the Prefecture said in a statement.

“Evacuation of more than a thousand people, including numerous families (…) without prior information, with destruction of personal property and unsuitable shelters for people trying to flee to England,” denounced the association Utopia 56, one of the organizations that help on the ground the migrants who reach this Norman coast, the closest point to the United Kingdom from Europe, and that regularly denounces the precarious situation in which those who seek to reach the British coast live. The association disputes the official statement that the migrants voluntarily agreed to get on buses to be evacuated and claims that they did so “without knowing their destination.”

The operation took place just a few hours after Darmanin discussed the migration issue in this region by videoconference on Monday night, although Interior sources assured AFP that the operation had been planned earlier. Darmanin himself has limited himself to stating this Tuesday that both parties will “continue operational cooperation and strengthen common action against trafficking networks.” For his part, Patel has indicated that they reiterated “the importance of working together to make this deadly route unfeasible.” The tone of both is clearly more restrained than that used in the hours and days prior to the meeting – initially scheduled in Paris, but which ended up being telematic due to the attack in Liverpool that disrupted Patel’s agenda – in which both ministers had Harsh accusations were again launched regarding responsibility for migrant crossings in the canal, which this year already exceeded 23,000, an absolutely record number.

France, which by a bilateral agreement has managed the British border on the French coast since 2003, demands that the United Kingdom disburse the money promised last July, 62.7 million euros, to reinforce security and surveillance in the canal area of La Mancha. London for its part accuses Paris of not doing enough to prevent precarious boats loaded with migrants from leaving the French shores for the British.

France “doesn’t need lessons” from the UK. The British must ‘stop using us as punching-ball [saco de arena] of their domestic politics, “claimed Darmanin on CNews on Monday. “We are the ones who suffer from British politics, we must not reverse roles,” he added and blamed the problem on the British “job market” which, he said, “works largely thanks to (…) people in an irregular situation who can work at low cost ”. If the British “forcefully changed their legislation, people would not go to Calais or Dunkirk,” he added.

A spokesman for British Prime Minister Boris Johnson replied that London wants to “work constructively” with Paris on this matter. However, he made it clear that more is expected from France. “We are providing funds to the French to increase surveillance and police presence that prevents crossings (…) but more needs to be done,” he said, according to The Guardian.

The new migration discussions come at a time when the tension between London and Paris is at its highest due to another maritime dispute: the licenses of French fishermen to fish in British waters after Brexit. After mutual threats of retaliation, both governments have decided to lower the tone. The latest conversations, held last week, took place away from cameras and microphones. The Secretary of State for European Affairs, Clément Beaune, limited himself last Tuesday to confirming a new meeting on the subject with David Frost, the British Brexit negotiator, and demanded a “quick solution”. On Thursday, on BFMTV, Beaune indicated that there are still “about 200” licenses missing and that there were still meetings planned.