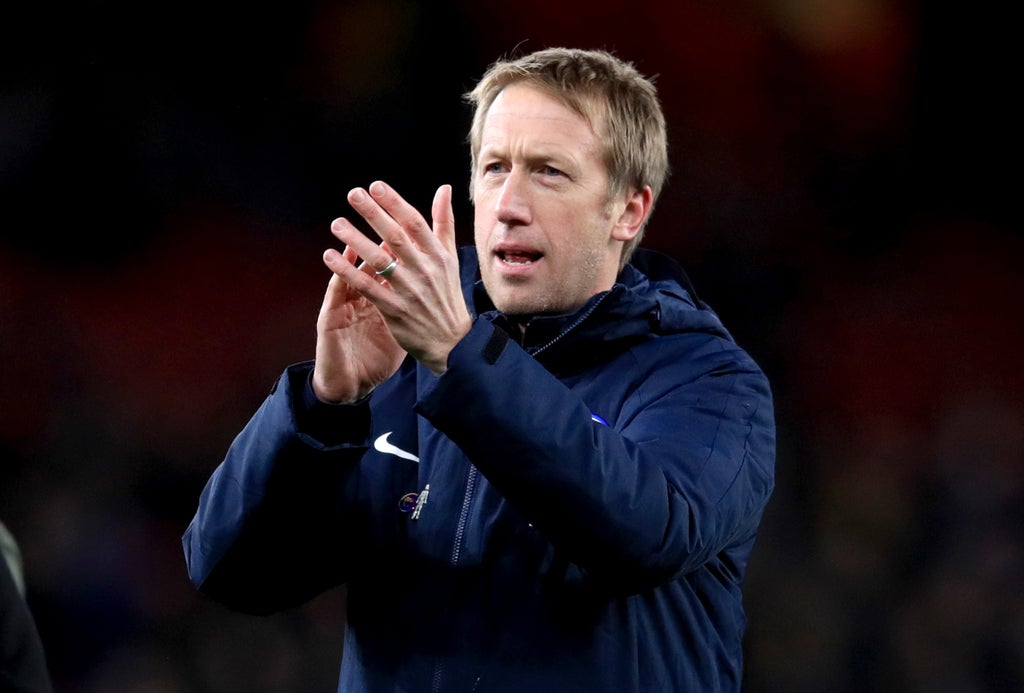 Graham Potter thinks Brighton should be able to dream of winning the FA Cup.

The Albion boss is no stranger to lifting domestic trophies, having won the Swedish Cup with Ostersunds in 2017.

It was with Ostersunds that Potter came to the attention of most English football observers, winning silverware with a small, unfacied club and taking them into the Europa League where they beat Arsenal 2-1 at the Emirates Stadium in the round of 32 but were eliminated on aggregate after losing the first leg 3–0.

The 46-year-old has enhanced his reputation at Swansea and, most notably, Brighton, where he has earned plaudits for the team’s style of play, commitment and, particularly this season, defensive solidity – only Manchester City, Liverpool, Chelsea and Wolves have conceded fewer goals in the Premier League.

Many feel the next step in Brighton’s development under Potter is to challenge for a trophy and, ahead of Sunday’s FA Cup fourth-round trip to Tottenham, the manager agrees that it is important the club thinks that way.

“Of course, silverware and trophies are important and they are more special, especially from a memories perspective. I think when you look back on your career and you have a trophy it tells you something about the journey you have been on.

“I think it’s important for us, a team like Brighton – whatever that means – that you have ambition and that you have dreams. You have hope, of course.”

The so-called big clubs continue to dominate the FA Cup when it comes to lifting the trophy, with one of either Arsenal, Chelsea, Liverpool, Manchester City or Manchester United winning 19 of the 22 finals since the turn of the century. Leicester last season, Wigan (2013) and Portsmouth (2008) the teams to interrupt the pattern.

“It gives you hope,” said Potter. “In the domestic competitions in this country you’ve got some of the best teams in the world so it is always challenging. The competition is fierce.

“It isn’t easy to get above those guys but Leicester did it in the FA Cup last year.

“We have a tough game against Tottenham on Sunday and we can’t think any further ahead than that. Tottenham are another big team with a great tradition in this competition.

Lewis Dunk (knee) and Shane Duffy (ankle) make a timely return to contention, following Dan Burn’s departure to Newcastle, and one of them will likely come in to partner Adam Webster in central defence. Adam Lallana (hamstring) is also fit again.

See also  Child, 12, had blanket thrown over head as they were abducted after months of 'grooming'

Brighton will also be boosted by the return of Yves Bissouma. The midfielder has not played for Albion since the Premier League win at Everton on January 2 but he is now back from the Africa Cup of Nations.

However, Alexis Mac Allister will be absent after testing positive for Covid-19 while away with Argentina for their recent World Cup qualifiers, and Enock Mwepu (hamstring) remains out.