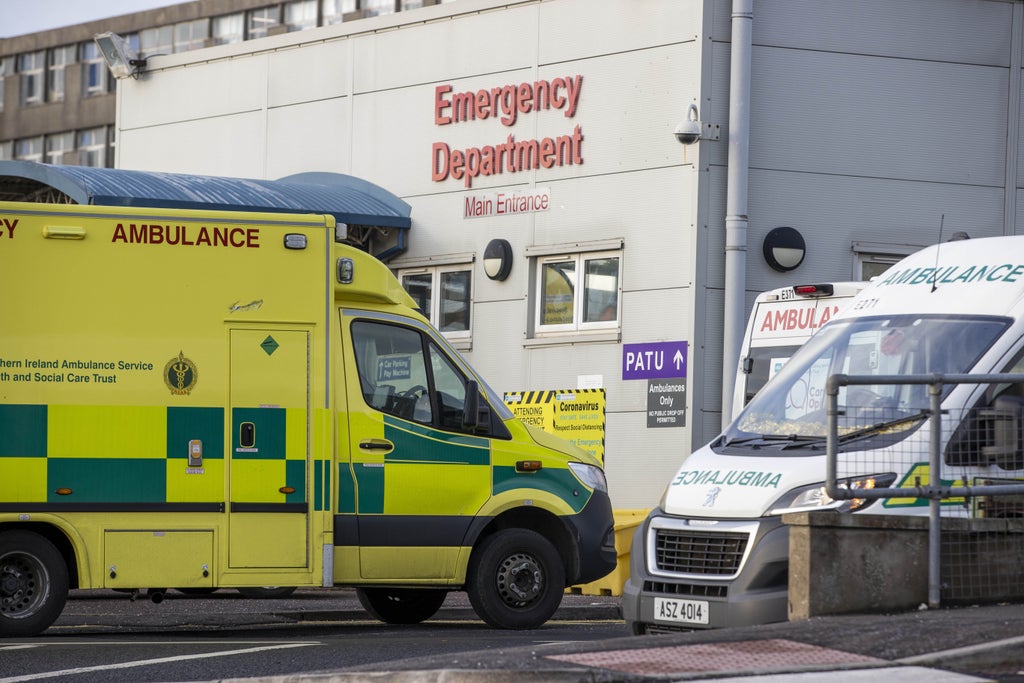 The government’s plan to tackle NHS waiting lists “will fail” unless pressure on emergency services is lifted, doctors have warned.

The Society of Acute Medicine said planned care will “never function satisfactorily if other parts of the service are under significant strain”.

At least 13,000 operations were canceled across 40 NHS trusts during December and January, according to data from the Royal College of Emergency Medicine (RCEM.)

The statistics revealed long waits in A&E, with 5,360 patients going longer than 12 hours before being seen in the last week of January.

Meanwhile, at least 8,133 ambulance hours were lost across trusts due to crews having to wait outside of busy A&Es to handover patients.

Almost 2,000 operations were canceled across 40 NHS hospitals in the second week of January as the Omicron wave reached its peak in many regions, while more than 27,000 operations have been canceled since October.

Levels of operation cancellations did not improve in the last two weeks of January despite there being more beds available. However, last month saw exceedingly high levels of staff absences across most trusts.

Health secretary Sajid Javid said NHS waiting were set to continue rising until at least 2024 after hitting a record high of 6 million in November.

Speaking in the Commons on Tuesday, he promised the list of people waiting more than a year for operations would be eliminated by 2025, and confirmed an original extension of the target to reduce backlog in number of patients waiting more than two months for cancer treatment from March 2022 to 2023.

See also  Elections in Chile: The new rights in Latin America: if Pinochet were alive he would vote for me | Opinion

The Society of Acute Medicine warned elective care plans would “fail” unless emergency care services are also at the heart of the plan.

Its president, Dr Tim Cooklsey, said: “Overstretched acute medical services mean that elective beds are used for emergency patients. This exacerbates the problem with waiting lists and impacts those waiting for urgent investigations and surgical procedures.

“Elective care will never function satisfactorily if other parts of the service are under significant strain and we risk a vicious cycle when increased delays for non-urgent care result in deterioration which means these patients may then go on to require urgent care.”

The RCEM data came ahead of the publication of NHS monthly performance figures on Thursday. Last month’s data saw record levels of emergency care waits across the country.

The royal college warned in a report: “Four-hour performance declined by a little over half a percentage point, while 12-hour stays increased by 5.61 per cent – the proportion of attendances involving a 12-hour stay rose from 7.86 per cent to 7.93 per cent.

“As we have said consistently over many years, resources must match demand, but we continue to have insufficient workforce numbers – something further exacerbated by covid related staff sickness. The public quite clearly understand that we have too few staff and yet we still do not have a long-term workforce plan from the government, which would help address long term performance.”

The report added: “In the coming weeks it seems quite possible that the diminishing burden associated with the latest wave of Covid infections will collide with rising demand at the front door. The extent to which they will offset one another remains to be seen.

“One way to ensure that beds continue to be freed up would be to ensure that patients were efficiently discharged once they no longer need to be under the care of the NHS.”

The RCEM said the gaps in social care provision was as significant issue driving delayed discharges and called for the government to commit to “a long-term strategy which proactively engages with the issues around workforce and funding, or patients will continue to occupy beds unnecessarily. ”