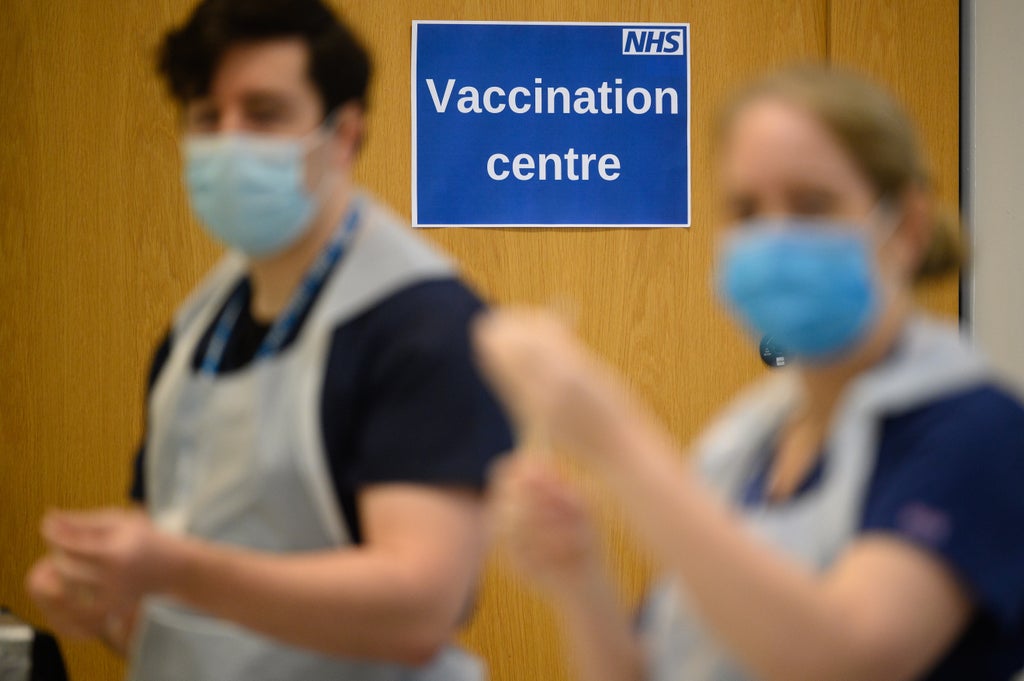 A care sector chief has said the government must apologize to care home workers who have lost their jobs, following its announcement that it plans to remove the mandatory vaccination requirement for frontline health and care staff.

Vic Rayner, executive director of the National Care Forum (NCF), said nursing homes have been the “unwitting guinea pigs” of the policy and the impact on providers and staff “should not be swept under the rug.” .

At the time of the deadline, NHS England figures showed that at least 42,900 nursing home staff were not registered as fully vaccinated.

On Monday, the government announced its plans to drop the requirement for health and social care staff, pending a consultation.

NHS frontline workers and wider social care staff in registered settings needed to receive their first dose by Thursday in order to receive the double injection by April 1.

Health Secretary Sajid Javid said that the government “does not apologize” for the initial policy, but added that it is correct to review the measure because the Delta variant of Covid-19 has been replaced by the less severe Omicron and there is a greater protection of the population.

Mr Javid acknowledged that there will always be some who will leave their jobs rather than get vaccinated, adding: “We have to consider the impact on the workforce in the NHS and social care settings, especially at a time when we are already we have shortage. of workers and almost full employment throughout the economy.

Ms Rayner said: “The government must apologize to the social care staff who have lost their jobs and to the people receiving care and support who have had to see the relationships they cherish cut abruptly as a direct result of this policy. , and with the social community. care providers who have invested significant time, energy, and resources in implementing a chaotic policy that is now considered obsolete.”

It comes as Niccii Gillett, a caretaker manager at a nursing home that lost a sixth of its staff to the mandate, said she’s totally okay with the government apologizing.

Ms Gillett, manager of Elmfield House Residential Home in Woking, Surrey, said there were “a lot of tears” when six of her 36 staff left, and three months later residents are still asking how they are doing.

The 37-year-old told the PA news agency: “I feel the decision was a mistake, and I think the government should apologise; it doesn’t change anything, but just acknowledges the stress it has caused a number. people, probably every nursing home in the country, to thousands and thousands of care workers. I think an apology is the least that can be done.

“And in health and social care we talk a lot about reflection, learning from mistakes, and if we are expected to do that when we do make mistakes, then I strongly believe that the government should issue an apology and reflect on the reasons behind it. and, hopefully, in the future not to make such rash decisions again.”

Ms. Gillett previously told PA about “heartbreaking” resignation letters she had received from employees who didn’t want to leave the business.

She spoke to a former staff member, who now works in hospitality, who asked what guarantees there are that the mandate won’t come back.

Mr. Javid, announcing the policy change, said he would be “single responsible” for reviewing the policy in the future if there was a dramatic change in the virus.

He continued: “You cannot just ask these staff to come back, they have found other jobs.

“I also think there would be an element of mistrust. If they go back into the care profession, how do they know it won’t be mandatory again next winter or two or three years from now?

“I think that’s the concern: Now that it’s been done once, will it stay the way it is or will new legislation come along in time that will affect your ability to work?”