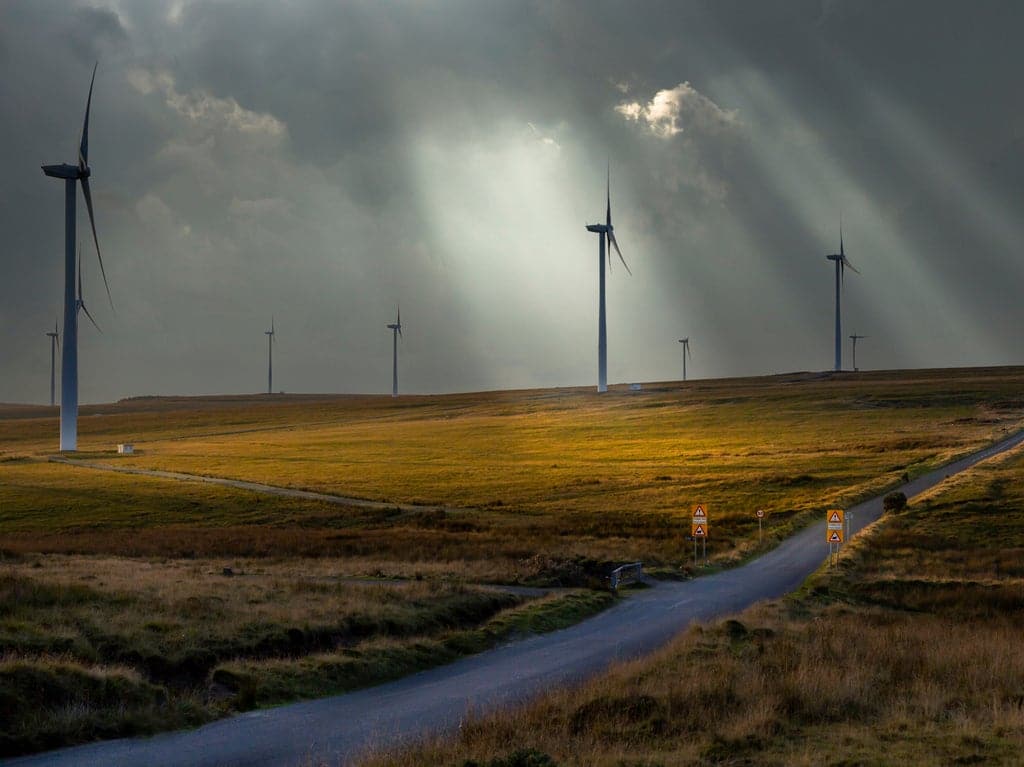 Eight years after David Cameron said the public was “fed up” with onshore wind farms and pushed for a ban on subsidies for such projects, the UK government is now set to ease planning for new onshore wind, according to reports.

Ahead of the chancellor’s spring statement on Wednesday, and the government’s forthcoming energy security strategy expected next week, business and energy minister Kwasi Kwarteng has indicated the government was reconsidering its position on onshore windfarms.

According to the i newspaper, he cited the energy crisis and the war in Ukraine as factors which have swayed public opinion in support of expanding the UK’s wind power capabilities.

He said the energy strategy had been delayed due to a row with Chancellor Rishi Sunak over state-funded nuclear power projects.

Boris Johnson has said he wants 25 per cent of the UK’s energy to be provided by nuclear power, up from 16 per cent at the moment, as the government targets ending dependence on Russian oil and gas following the invasion of Ukraine, and also ahead of the government’s legally-binding 2050 net zero target.

Mr Kwarteng said Mr Sunak was “nervous” about the scale of the potential taxpayer liabilities from nuclear power, and added that successive administrations have “dropped the ball” when it comes to nuclear power.

I have suggested the invasion of Ukraine and concern over Russian energy dominance in Europe was one factor which meant people in the UK were now more open to renewables including onshore wind turbines.

“There were quite understandable political reasons that people didn’t want to see large scale, onshore winds in their vicinity,” he said.

“I think that’s changed. I think people are much more open to renewable energy. And I think they realize that that’s part of the answer [to] Putin and other countries controlling oil and gas – you want to get energy independence.”

As a result, I have indicated the government may now change planning rules to ensure more onshore projects get the green light.

“I think the prime minister has been very clear that onshore wind has got to be part of the mix and we’ve got to look at planning. We are not saying we are going to scrap all planning rules, and all of these things have got to be in line with community support.”

Such a move will be welcomed by campaigners who have long called for the government to end its opposition to onshore wind projects.

Ahead of the spring statement and the new energy strategy Greenpeace has urged the government to prioritize investment in renewables, including onshore wind.

The group said the government must “turbo charge onshore wind and solar so they are much more than doubled by 2030, making sure all the barriers in place are removed, and ensuring support from and for affected communities.”

Meanwhile the Mr Sunak has reportedly told the government’s new infrastructure bank to use some of its £22bn of investment funds to tackle the cost-of-living crisis to help banks provide cheap government-backed loans for new air source heat pumps and solar panels.

According to The Times the move will enable “thousands” of homeowners to take loans at low interest rates to help pay for energy efficiency projects that will ultimately pay for themselves by reducing utility bills.