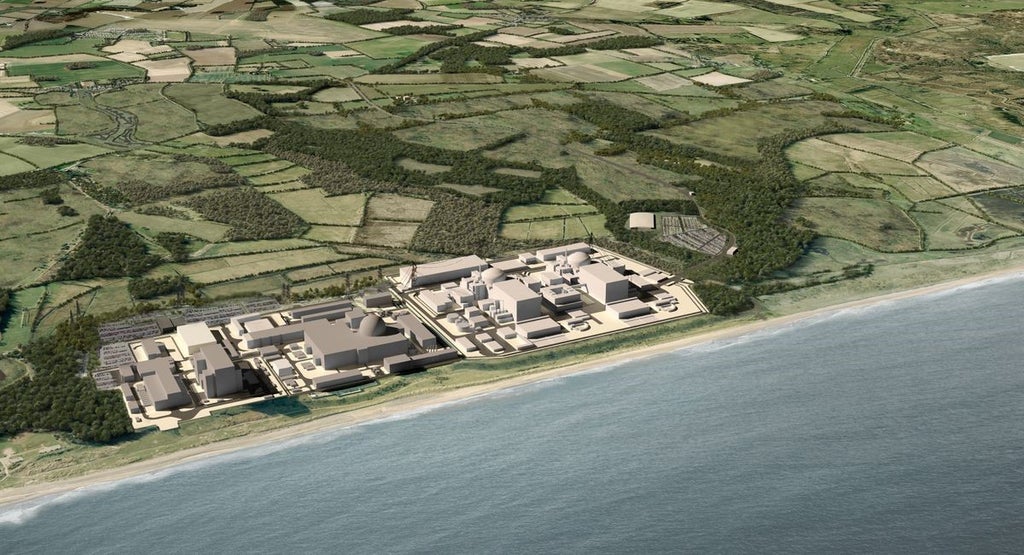 Plans to build a new nuclear power plant have received a boost after the Government announced £100m funding to support its continued development.

Ministers said the move was aimed at attracting more financing from private investors for the Sizewell C project in Suffolk.

Unions welcomed the development as a step forward, but Unite urged the government to “remove the handbrake” and speed up the process.

Greenpeace said that spending taxpayers’ money was admitting that nuclear power was not commercially viable.

Negotiations between the government and the developer of the Sizewell C EDF project began last year.

If built, Sizewell C would power the equivalent of around six million homes, as well as create up to 10,000 jobs in Suffolk and across the UK.

Business and Energy Secretary Kwasi Kwarteng said: “In light of high global gas prices, we need to ensure Britain’s future energy supply is bolstered by the reliable, affordable and low-carbon power that is generated in this country.

“New nuclear power is not only an important part of our plans to ensure greater energy independence, but also to create high-quality jobs and drive economic growth.

“The financing announced today will further support the development of Sizewell C during this important phase of negotiations as we seek to maximize investor confidence in this nationally significant project.”

Simone Rossi, chief executive of EDF Energy, said: “We are very pleased that the government is showing confidence in Sizewell C which, if approved, will reduce energy costs for consumers and help insulate the UK from global prices. of gas.

“Together with our own investment, these funds will allow us to continue moving the project towards a financial investment decision.

“Sizewell C will benefit from being a close replica of Hinkley Point C in Somerset, which has been over five years in the making and is making great progress in the challenging context of the Covid pandemic.

“Sizewell C will provide a huge economic boost to East Suffolk, where it already has the support of the majority of the local population. It will also bring new opportunities for thousands of nuclear supply chain companies across the country.”

The Government provided up to £1.7bn of new direct funds available in the Expenditure Review to develop a large-scale nuclear project to the point of a final investment decision by this Parliament.

Unite General Secretary Sharon Graham said: “This is a step forward but the government needs to take the handbrake off when it comes to the development of new nuclear power plants.

“The government needs to sit down with EDF now, not later in the year, and agree on a financing model that allows Sizewell to start without further delay. If such a funding model requires government support, then it should be given.”

Charlotte Childs, GMB Country Officer, said: “This is much needed and welcome news and a huge step towards a low carbon UK.

“We are facing an unprecedented energy crisis and we need nuclear projects like Sizewell C to protect consumers, workers and our planet.”

Greenpeace UK policy director Dr Doug Parr said: “This injection of cash is a tacit admission by the government that nuclear power is not commercially viable, but they are so obsessed with getting nuclear technology from the 20th century who will continue to throw taxpayer money at it.

Tom Greatrex, chief executive of the Nuclear Industry Association, said: “This is another big step forward for Sizewell C and a huge vote of confidence in nuclear power. It sends a clear signal from the government to investors that it sees projects like Sizewell C as essential to our clean energy transition.

“Investment in new nuclear capacity is essential for us to reach net zero to ensure a strong foundation of reliable low-carbon energy that will strengthen our energy security. This is not just an investment in the UK’s green energy future, but also in jobs and skills across the country.”

See also  What is the NHS Soup and Shake Diet? How the diabetic meal plan works and areas participating in the UK trial