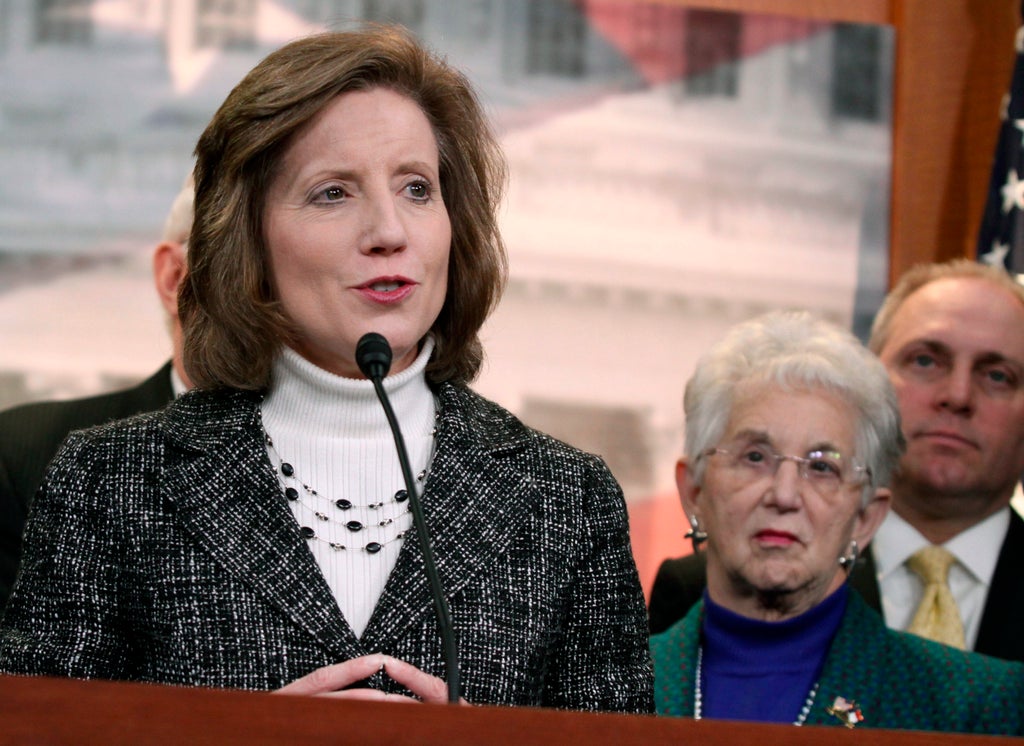 A hopeful GOP Senate in Missouri has launched a campaign ad attacking a trans swimmer at the University of Pennsylvania.

Politician reports that Congresswoman Vicky Hartzler, a Republican lawmaker seeking to fill the seat left by retiring Senator Roy Blunt, has released a campaign ad slamming a trans athlete. The ad appears to be the first to use fear-mongering about trans athletes as a means for driving voters to the polls.

The swimmer mentioned in the ad is Lia Thomas, whose recent record-breaking success has prompted debate on whether or not trans athletes should be allowed to compete against non-trans athletes.

Prior to her transition, Ms Thomas swam as a male for three seasons. This is a point Ms Hartzler’s ad raises early on.

The argument made by Ms Hartzler and other critics is that trans athletes – specifically men who have transitioned to women – have an unfair advantage over “biological” women due to their strength.

Ms Hartzler was formerly a women’s track runner and coach. In her ad de ella, she accused liberals of wanting to “destroy women’s sports”.

“Women’s sports are for women, not men pretending to be women,” she says in the video.

Senator Josh Hawley recently endorsed Ms Hartzler, providing her with a boost in the race for Mr Blunt’s vacant seat.

While it appears Ms Hartzler is just trying to exploit a new culture war issue to rile up voters, her position – if not the dehumanizing way she presents it – does have some support among Democrats.

Last year, a Gallup poll found that 62 per cent of Americans supported requiring athletes to play on teams that corresponded with their sex at birth. A similar poll, conducted by the National Republican Senatorial Committee in September, was mostly in line with those findings, suggesting 64 per cent, rather than 62 per cent, supported forcing trans athletes to compete on teams matching their birth sex.

The poll also found that 83 per cent of Republicans wanted to ban trans athletes altogether.

It’s unclear whether or not Ms Thomas has seen the ad or if she is even aware of Ms Hartzel at all.

Schuyler Bailar, the first trans man to compete on a D1 men’s swimming team, defended Ms Thomas in an interview with Billy Penn.

“Lia has worked her whole life to be where she is,” the former Harvard swimming said. “I think we forget that she is a whole human with all of her own life experiences and trials and tribulations, and she should be allowed to play just like anybody else.”

Ms Thomas’s continued participation in collegiate swimming is up in the air; the NCAA and the organization that oversees swimming and diving, USA Swimming, will adopt new rules that will place some limitations on trans athletes trying to compete on teams matching their expressed genders.

The college said it would work with Ms Thomas and the NCAA to ensure she could compete in some capacity following the rule change.