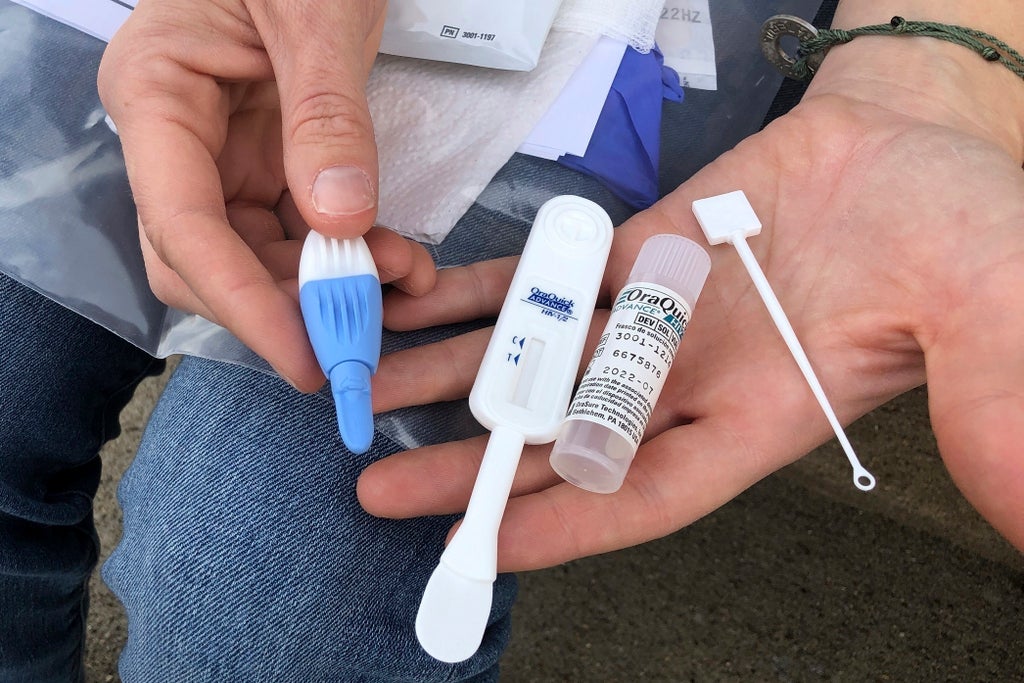 Conservative legislators are outraged by recent reports that a Biden administration drug harm reduction program may put some of its funds towards safer smoking kits.

On Tuesday, US Senator Marsha Black of Tennessee wrote to the department of Health and Human Services, expressing “serious concerns” that a $30 million grant program from the Substance Abuse and Mental Health Services Administration (SAMHSA) could include subsidizing drug paraphernalia.

“Government-funded drug paraphernalia is a slap in the face to the communities and first responders fighting against drugs flowing into our country from a wide-open southern border,” Ms Blackburn wrote in her letter. “If this is the president’s plan to address drug abuse, our nation is in serious trouble.”

The controversy stems from a recently disclosed request for proposals under the Harm Reduction Grant Program, part of the Biden administration’s effort to lessen the impact of drug addiction on marginalized communities. the initiatives also intends to fund facilities offering safe syringe exchanges, opioid reversal drugs, fentanyl test kits, and other methods meant to stem the United States’ striking drug overdose crisis, which killed more than 100,000 Americans between May 2020 and April 2021.

A description of the programme, reported by The Washington Free Beacon, says funding could go towards “smoking kits/supplies.” The Beacon added that an HHS spokesperson explained these kits could include pipes that could be used for drugs like crack cocaine.

The prospect that the federal government could be funding such activities outraged fellow Republicans, including Senator Tom Cotton.

“Is this a cruel joke?” the Arkansas senator said on Twitter on Monday, calling the program “crack pipe distribution”. “Drug overdose deaths are at their highest recorded levels. The Biden administration should focus on stopping traffickers instead of creating more demand for their product.”

“The Harm Reduction Grant offered by the Substance Abuse and Mental Health Services Administration (SAMHSA) and authorized by the American Rescue Plan is a grant program designed to help Americans who are struggling with substance use stay healthy and safe, prevent overdose death, and find pathways into evidence-based treatments,” a spokesperson said in a statement to Fox News. “Like all programs that use federal funding, these grants must adhere to relevant federal, state and local laws or regulations.”

The Justice Department told the Associated Press on Monday that it is currently “evaluating” whether it would be legal to operate safe drug use sites and other harm-reduction measures within “appropriate guardrails.” This marks a reversal from the agency’s stance under the Trump administration, which successfully sued to stop the opening of a safe injection site in Philadelphia.

Such harm-reduction practices, meant to lower preventable illness, overdose, and death associated with unsupervised drug use, is already used in places like Canada, Australia, and Europe. The American Medical Association has endorsed harm-reduction measures like safe syringe exchanges and drug testing kits.

Cities like Cincinnati have already experimented with offering safe smoking kits and other supplies, which some health experts argue can prevent the spread of diseases like hepatitis and allow people using drugs to test if their supplies are laced with deadly fentanyl.

“We need all the options for people to get safe injection supplies, safe smoking supplies, fentanyl test strips and Narcan so they can stay alive,” Linda Seiter, executive director of Caracole, a nonprofit HIV and AIDS organization in the area, said last year of the privately funded effort. “This is a crisis.”

A similar effort in the Annapolis, Maryland, area prompted controversy from local leaders.

“Absolutely dumbfounded,” Carl Snowden, Chairman of the Caucus of African American Leaders of Anne Arundel County, said last year, of a program handing out safe drug use kits. “It was inexcusable, unacceptable.”

Local health officials, meanwhile, said the kits an stop overdose and allow providers to offer people who use drugs more health services and support once a contact is made during the exchange.

“Once we get past that visceral reaction we get to the point of helping people,” Anne Arundel county health officer Dr Nilesh Kalyanaraman told Fox Baltimore in April.

Harm reduction advocates say they understand that drug use is dangerous, but that interventions like safe needle exchanges and safe smoking kits can help eliminate unnecessary suffering.

“We recognize that using drugs introduces risk – but there are ways to make it safer,” the National Harm Reduction Coalition writes on its website. “People can reduce their risk of HIV, hepatitis C, overdose, and other drug-related harms by applying evidence-based harm reduction strategies around safer drug use.”

“We are willing to go places where our opinions and our tendencies have not allowed us to go,” HHS Secretary Xavier Becerra told NPR at the time.