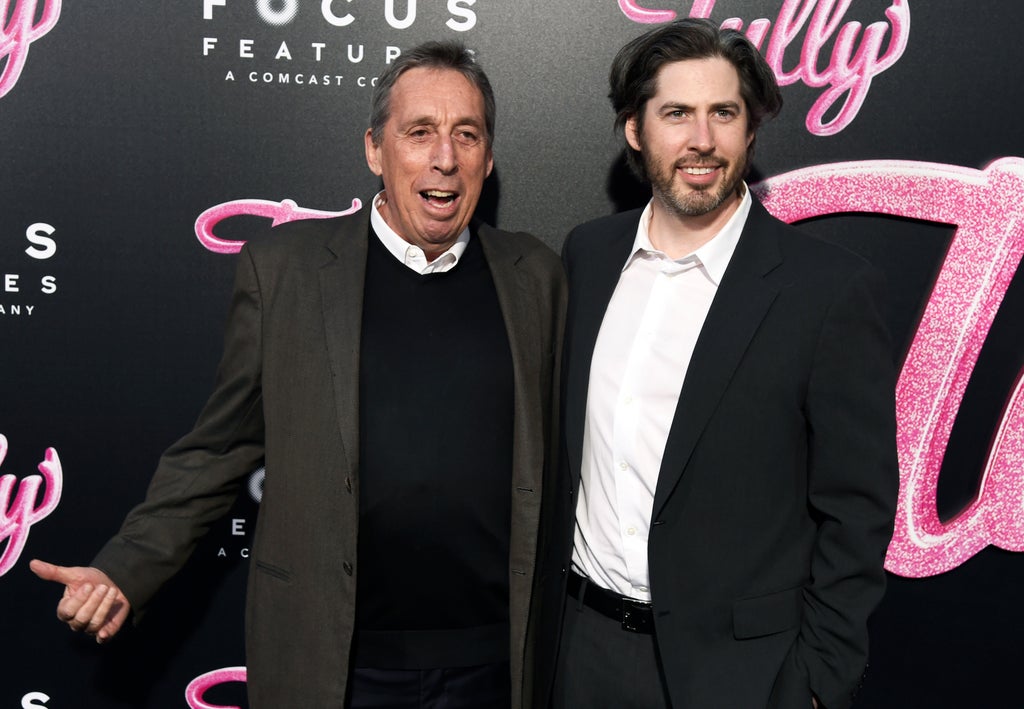 Ivan Reitman had his army of well-known collaborators but the filmmaker and producer’s influence extended beyond that too, as evidenced by the tributes that poured in at the news of his sudden passing at age 75.

Dan Aykroyd, who Reitman has known since his days in television in Toronto, said that the loss of his “friend, collaborator, champion and one of the last creative talents of the big screen was crumples” him. His son, filmmaker Jason Reitman, who took over the “Ghostbusters” franchise last year, wrote on Twitter that he’s “lost his hero from him.”

But Reitman also helped more than a few behind the scenes, including filmmakers like Todd Phillips and Phil Lord, who offered their own stories of working with him.

“I’ve lost my hero. All I want is the chance to tell my father one more story. He came from a family of survivors and turned his legacy into laughter. Thank you for the kind messages. Enjoy his movies from him and remember his storytelling gifts from him. Nothing would make him happier,” — Filmmaker Jason Reitman, on Twitter

“Feeling heartbreak today for Geneviève, Catherine, Caroline, Jason and family. The loss of my friend, collaborator, champion and one of the last great creative talents of the BIG SCREEN ERA crumples me. Now on Thursdays who am I gonna call?”— Dan Aykroyd, longtime friend and “Ghostbusters” star, in an emailed statement

“Ivan produced my first two studio films (Road Trip and Old School) but that title, producer, doesn’t even do him justice. If it were boxing, he would have been my corner man. He had my back and he taught me SO much. He was always so generous with his expertise and experience and he was also so (expletive) harsh, in the BEST way. We stayed in touch over the years, I would visit him at his home in Montecito, I got to know his family, he came to all my premieres. He was the toughest critic and yet, there was no greater sound than hearing him laugh. I can close my eyes and literally hear it now. That’s how I’ll remember him,” — Filmmaker Todd Phillips on Instagram

“Tonight, the lady with the torch weeps, as do all of us at Columbia, and film lovers around the world. Ivan Reitman was an inseparable part of this studio’s legacy, but more than that he was a friend. A great talent and an even finer man; he will be dearly missed. We send his family all our condolences. ” — Tom Rothman, Chairman and CEO, Sony Pictures Motion Picture Group, in an emailed statement

“I am deeply saddened by the loss of Ivan Reitman. Truly a great man and filmmaker who I had honor and privilege of knowing and working with. Deepest condolences to Jason and the entire family. May he RIP,” — “Ghostbusters” star Ernie Hudson, on Twitter

“I’m in absolute shock. I had the honor of working so closely with Ivan and it was always such a learning experience. I have directed some of my favorite comedies of all time. All of us in comedy owe him so very much. Thank you for everything, Ivan. Truly….One of the most special moments to me was after our last test screening of Ghostbusters:ATC after we did some reshoots and our scores went through the roof. Ivan met me out in the lobby and said “I’m so happy for you I feel like crying.” That’s the kind of generous man he was,” — Filmmaker Paul Feig, who made the 2016 “Ghostbusters,” on Twitter

“Ivan Reitman was very good to me and (Chris Miller). I sought us out and encouraged us when we made our first movie. He saw an early cut of Spider-verse (“Half of this is the best movie I have ever seen and the other half is bad”) and spent DAYS giving us helpful notes… He was always rigorous, curious, and generous with his advice of the. He cared about comedy but also about story and character and making a movie Good. Lucky to have known a fellow traveler who proved you can have it all. Thank you and RIP,” — Filmmaker Phil Lord, on Twitter

“Opening night of Ghostbusters at UA Plainview was like a rock concert. The place exploded with joy. It was one of the most memorable moments of my childhood. Ivan Reitman influenced everything we all love about film comedy. A true legend.” — Filmmaker Judd Apatow, on Twitter

“Ivan Reitman was old school in the best way, and kind. I loved working with him. It’s sad he’s gone, it makes me feel older and like my childhood movies are more faraway than ever,” — Mindy Kaling, who appeared in Reitman’s “No Strings Attached,” on Twitter

“Ivan Reitman produced Road Trip and there wasn’t, and still isn’t, a day that we forgot what a COMEDIC MASTER he was. Growing up on his work from him & THEN getting to work with him was a dream. He was encouraging, brilliant and pretty much right about everything. RIP Ivan and thank you,” — Breckin Meyer, who starred in the Reitman-produced “Road Trip,” on Twitter

“A legend. The number of great movies he made is absurd… Ghostbusters is my first favorite movie ever,” — Actor Kumail Nanjiani, on Twitter