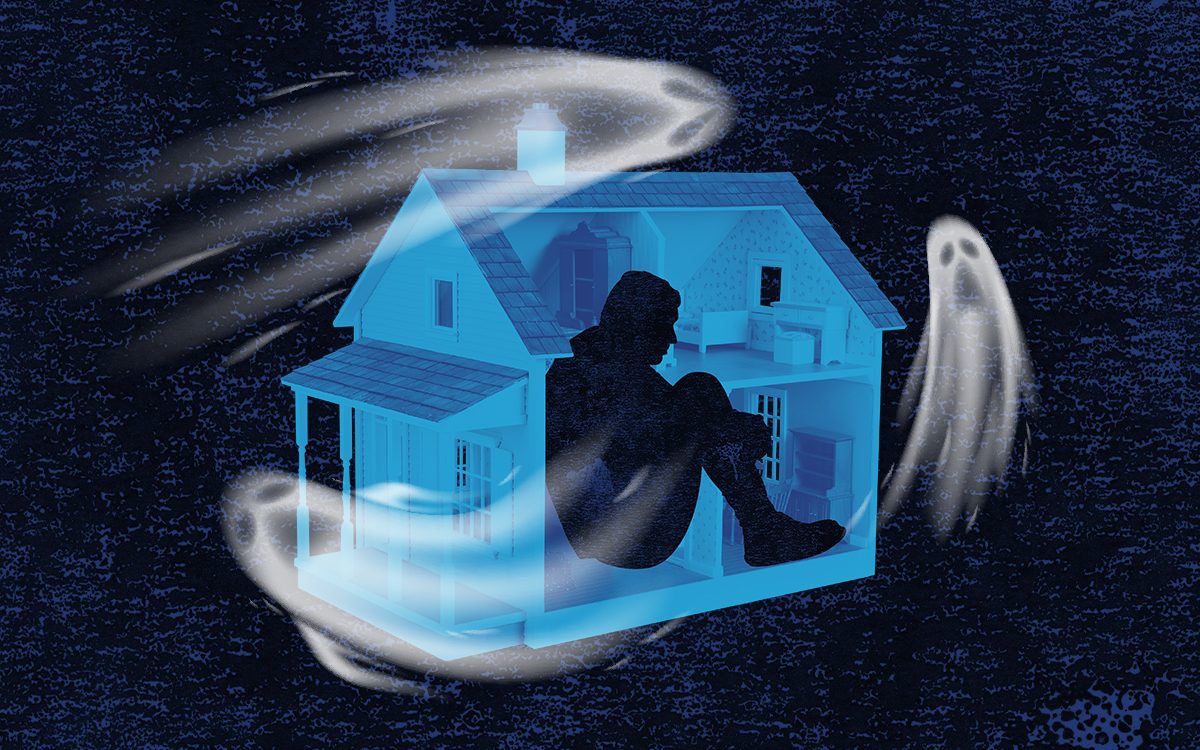 The specter of the pandemic has cast a dark shadow over the lives of everyone. But for some, it is more than just a metaphor.

Ghost sightings have soared in the past two years, with paranormal investigators besieged with reports of hauntings, unexplained knockings, text messages from beyond the grave and poltergeist activity.

“We would say that during the last two years we have experienced an increase in the number of inquiries received, probably in the order of two to three times,” said Andy Wilson, of Paranormal Research Investigators UK.

“We did see an increase in cases reporting poltergeist-type activity from the full range of the social spectrum – for example, the unemployed, retired nurses, lawyers, ex-special forces.”

Hayley Stevens, a paranormal researcher and regular contributor to the BBC Radio 4 podcast Uncanny, also noticed a similar phenomenon, with inquiries rising from once or twice a month to almost daily.

“In the week of the first lockdown I started to get a small trickle of contact, but as it went on I got more and more emails, which I thought was weird,” she said.

“I was curious to see whether it was happening to other people too, and when I talked to friends in the paranormal community they were reporting the same, being contacted by lots of people having strange experiences.”

Cases that have emerged in the past couple of years include the Shrubbery Hotel in Ilminster, Somerset, where footsteps, disembodied voices and hair pulling were reported.

It is not the first time that cataclysmic world events have unleashed an avalanche of unexplained encounters. Ghost sightings also soared during the Second World War, while the Cold War coincided with a rise in reports of flying saucers – dubbed “UFO flaps” by experts.

Psychologists believe that “magical thinking” – which includes paranormal beliefs, superstitions and conspiracy theories – increases during periods of uncertainty, when people feel vulnerable and out of control.

It seems the psychological impacts of Covid have created a perfect spectral storm.

Professor Chris French, head of the Anomalistic Psychology Research Unit at Goldsmiths, University of London: “Not surprisingly, mental stress had been very high throughout the pandemic.

“We’re understandably focusing on Covid but we’ve already had the effects of Brexit and climate change, which is enormously worrying for lots of people, then along comes Covid as the cherry on the top of the cake.

“I’ve never known a period of such prolonged and ubiquitous stress in my lifetime.”

The parallels with Covid and ghosts are unmissable. A dangerous unknown force that can creep into the home, bringing fear and potentially death. It is little wonder that confronted with such an existential threat, thoughts have turned to the spirits and the afterlife.

Experts say many people have been forced to face their own mortality for the first time, as well as the deaths of family and friends.

“I think in the West we have this privilege of being removed from the reality of death, so I think when they are confronted by it in something like a pandemic, it can be quite jarring,” added Ms Stevens.

“You’re at home and you start thinking about the biggest questions of life and death.”

Professor Caroline Watt, the Koestler chairman of parapsychology at the University of Edinburgh, said she had noticed a “huge increase” in interest on her online parapsychology course during the pandemic.

“There is certainly academic research that shows when people are living in uncertain or dangerous environments, their paranormal and superstitious beliefs tend to be higher compared to those living in safer environments,” she said.

“And the psychological reason for this is probably that these beliefs can give a person a reassuring – but false – sense of control. The same might be said about religious beliefs.”

The coronavirus pandemic also has unique features which experts think might explain the spooky goings-on. Lockdowns, quarantine and self-isolation left people alone in their homes for extended periods, allowing the creaks of floorboards or banging of pipes to take on a new sinister significance.

Even ghost hunters believe some of the increases can be explained away by this change in behaviour.

“Our view is that levels of anxiety had increased due to the pandemic, there was more time to experience what appeared to be strange events at home because people were not going out,” added Mr Wilson.

“The proliferation of TV programs sensationalizing the paranormal could also have been a factor.”