Skip to content
Home News Germany’s Scholz warns Russia not to use chemical weapons in Ukraine, amid Nato ‘false-flag’ fears 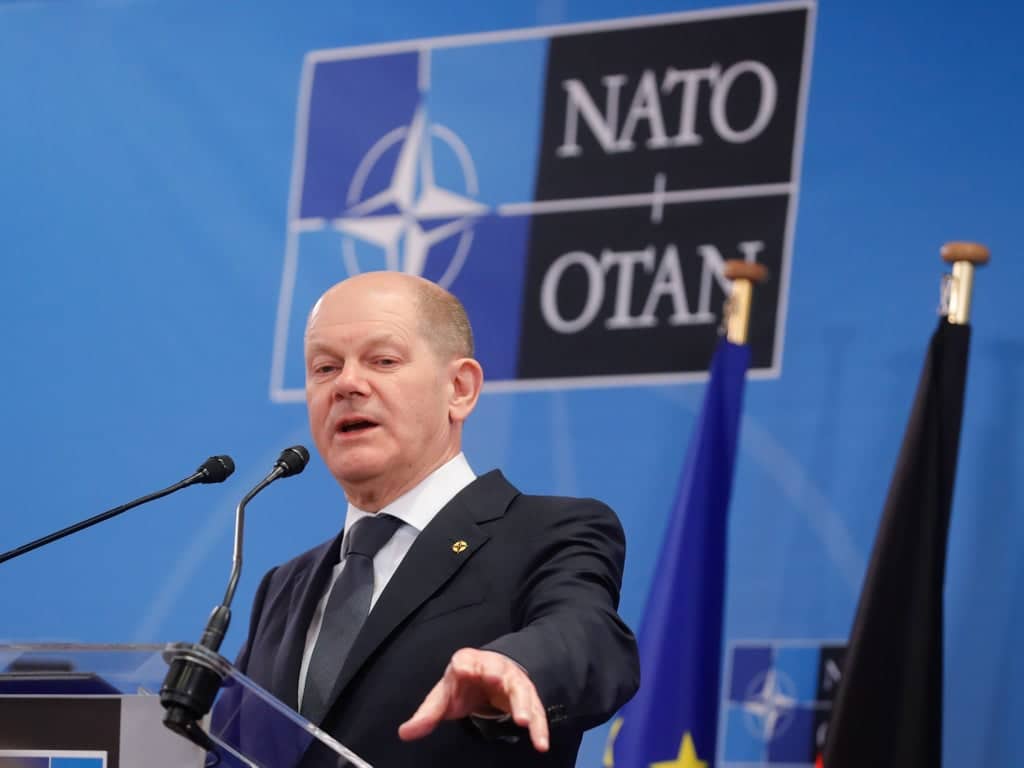 Germany’s Olaf Scholz has issued a fresh warning to Vladimir Putin not to use chemical weapons in Ukraine, after Nato’s chief alleged that Russia could be preparing a pretext to launch such an attack.

Speaking to reporters after a Nato summit in Brussels, in which the alliance agreed to send hazmat suits to Ukraine, Berlin’s chancellor said: “Should Russia be preparing a false-flag operation in order to use such weapons, this would be in violation of all rules, agreements and conventions.”

Nato secretary-general Jens Stoltenberg also warned on Thursday that Russia could be laying the grounds to justify using chemical weapons in Ukraine – by accusing the US and its allies of preparing such an attack.

“We are concerned partly because we see the rhetoric and we see that Russia is trying to create some kind of pretext accusing Ukraine, the United States and Nato allies of preparing to use chemical and biological weapons,” the Nato chief told reporters.

Having previously warned that Russia’s use of such weapons would “totally change the nature of the conflict”, Mr Stoltenberg said there was a risk that a chemical attack would “have a direct effect” on residents in Nato countries.

Leaders from the EU, G7 and Nato all converged on the Belgian capital on Thursday in a show of unity against the Kremlin, as Brussels hosted an unprecedented trio of diplomatic summits.

At the Nato meeting, leaders agreed to supply hazmat suits to Ukraine and to step up defenses against chemical and biological attacks, also pledging to double the number of battlegroups defending the alliance’s eastern border.

Officials said Nato has no “direct” intelligence to suggest Mr Putin is preparing to use chemical weapons, but that Russian rhetoric has concerned them.

Referencing Russian claims of supposed chemical plants in Ukraine, Boris Johnson said that he believes Mr Putin “understands” that it would be “catastrophic for him” if Russia launched such an attack.

Joe Biden – who has previously said Russia’s claim that Ukraine has biological and chemical weapons is a clear sign Mr Putin is considering using them – warned it was “a real threat” as he departed for Europe.

While Mr Biden was in Brussels, senior officials from his administration said the White House had set up a team of experts to plan how the US could respond if Russia were to use weapons of mass destruction – either chemical, biological or nuclear.

The Kremlin has claimed that nuclear weapons would only be used in the case of an “existential threat”, but has repeatedly raised the prospect of deploying them since invading Ukraine a month ago.

This week, the deputy head of Kyiv’s police force, Oleksiy Biloshytskiy, alleged that white phosphorus munitions – which are banned in densely populated civilian areas under the Chemical Weapons Convention, but are not considered chemical weapons – had been deployed in the Ukrainian city of Kramatorsk .

Sharing footage, which has not been independently verified, of material burning on the ground as it was touched with a spade, he alleged: “Another use of phosphorus ammunitions in Kramatorsk.”

According to NBCnewsUkraine’s president Volodymyr Zelensky told Nato leaders on Thursday: “This morning we had phosphorus bombs from Russia, people were killed, children were killed.”