Skip to content
Home News Germany: “The pandemic is not over yet,” warns Olaf Scholz in his first New Year’s speech | International 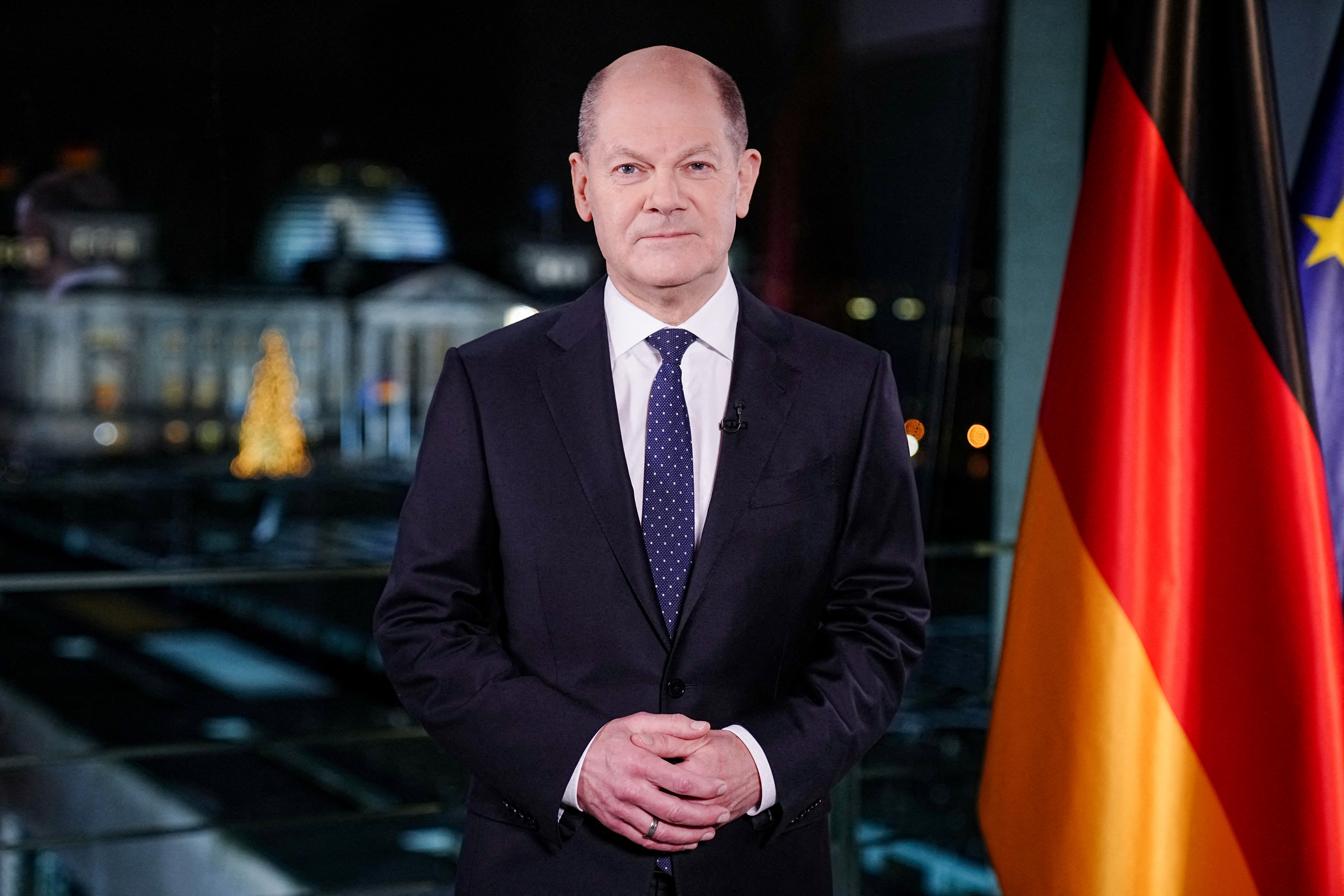 In his first New Year’s speech, German Chancellor Olaf Scholz has called for the unity of the German population to combat the pandemic. He has taken advantage of the message, previously recorded, distributed to the media and that will be broadcast on television this Friday afternoon, to announce a battery of new restrictions to try to stop the spread of the virus, which will take effect in 2022. “The transition soft, at times almost friendly, from the old federal government to the new one has received a lot of approval all over the world ”, said Scholz, who has ruled in Germany since December 8 along with the Greens and the liberals of the FDP. The social democrat has seized the reins of power in Europe’s largest economy in a time marked by the pandemic and with the omicron variant spreading through his country and across the continent.

“We are all aware that the pandemic is not over yet,” said the Social Democrat to highlight that the new strain has made the situation especially difficult. “Many of you wonder what will happen next. I promise you that we will respond with speed and determination ”, he added. The chancellor, who is scheduled to meet on January 7 with the presiding ministers of the countries To discuss new measures, he asked the population to take the fight against covid-19 “very seriously”: “In the coming weeks there will be clear restrictions, also for private contacts.”

The chancellor also wanted to thank the German population for their compliance with the regulations on the coronavirus and urged people to get vaccinated or get the booster dose. To do this, the German government will have 30 million additional vaccine doses available in January. “What matters now is speed. We have to be faster than the virus “, said the politician,” let’s do everything, but really everything, to finally defeat the coronavirus in the new year. “

See also  Census Day tomorrow: everything you need to know about the crucial Scots document

Wearing a dark suit and blue tie, the foreign minister left a message of unity to the country: “We are at the beginning of a new decade. A new era begins, an era that will be successful if we actively shape it ”, he stated. He insisted that the fight against climate change will be a priority for the German Government and recalled that the Executive wants Germany to achieve climate neutrality in less than 25 years: “To achieve this, we will advance with the greatest transformation that our economy has seen. in more than a century ”. Germany will thus try to become independent from coal, oil and gas to reduce emissions, in addition to promoting renewable energy sources and an infrastructure plan.

When Germany assumes the rotating presidency of the G7, his turn from January 1, Scholz will prioritize making the group “a pioneer of the climate-neutral economy.” Another issue to be discussed in the group will be the current conflict with Russia. The G7 has already threatened “massive consequences” in the event of a Russian invasion of Ukraine. “The inviolability of borders is a superior good, and it is not negotiable,” stressed the Foreign Minister. And he stressed that Germany and the European Union will work together to address the growing foreign policy challenges facing the world: “International cooperation is important. In a world that will soon have 10 billion people, we can only make our voice heard if it joins that of many others. “

After 16 years used to seeing Angela Merkel, Olaf Scholz’s message has meant a radical change for Germany in one of the end of the year rituals. The former chancellor delivered the traditional speech from 2005 to 2020, and Scholz winked at her: “We bid farewell to a year that has brought about a series of changes. A small change is that today I am the one who addresses you on New Year’s Eve as your federal chancellor ”.