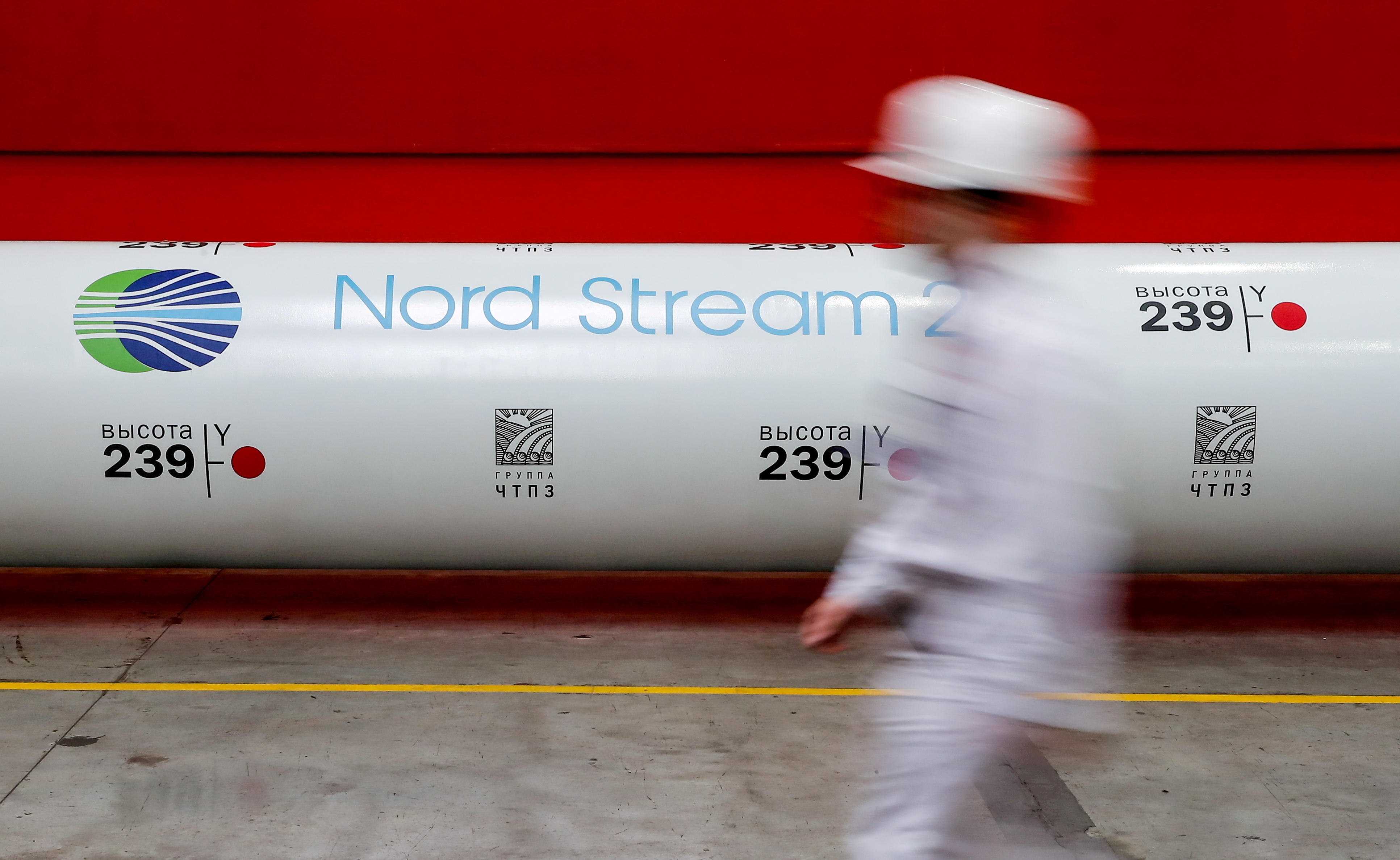 The delay in the start-up of the Nord Stream 2 gas pipeline, which will transport Russian gas through the Baltic Sea bed to Germany, has had an almost immediate impact on prices in Europe. The German regulator’s decision to temporarily suspend the infrastructure certification process caused the price of natural gas, which was already at very high figures, to skyrocket by 18% yesterday. Analysts believe that the new setback of the controversial gas pipeline will delay its entry into operation by several months, probably until next summer.

The markets are very attentive to Nord Stream 2; Many analysts expect Russia to significantly increase supplies only when the pipeline is approved, as Moscow is constantly hinting at. However, Gazprom’s share price fell 2% on the news.

The Federal Network Agency, the government body that regulates telecommunications, electricity, gas, postal services and railways, announced on Tuesday that it is suspending the processing of the authorization to operate Nord Stream 2, which will not be able to start pumping gas as it had. planned under the threat of large fines. The decision coincides with a moment of great tension between Russia and the West over Russian troop movements along the Ukrainian border and with the crisis on the border between the European Union and Belarus, an ally of Moscow. It also occurs in the midst of the energy crisis in Europe, with skyrocketing gas prices and less and less veiled accusations from the EU that Moscow is taking advantage of, or even causing price hikes.

Controversy has surrounded the Nord Stream 2 since it began to be designed. The pipeline transports Russian gas directly to Germany through more than 1,200 kilometers of pipelines, without going through Poland or Ukraine. Its detractors, including the United States and several EU countries, believe that it increases energy dependence on the Kremlin and leaves Ukraine very vulnerable. Russia has spent years diversifying its gas export routes and trying to avoid crossing through Ukrainian territory. To the north it does so with the Nord Stream 1, which runs along the bed of the Baltic Sea (the Nord Stream 2 with its new pipes greatly increases the capacity of this route) and to the south with the TurkStream, through the Black Sea.

See also  The first day of the strike at Ryanair may affect 73,200 passengers

That Russian gas stops flowing through Ukraine means for this country the loss of hundreds of millions of euros in rights of way and a worse position of the former Soviet republic vis-à-vis Moscow. Germany has always defended the project arguing that it is a private company. The gas pipeline operator, Nord Stream 2 AG, is based in Switzerland and controlled by Gazprom, the Russian state gas company. The 9.5 billion euros that the infrastructure has cost is half financed by Gazprom and by various European investors, including France’s Engie, Austrian OMV, Dutch Shell and Germany’s Winteshall DEA and Uniper.

One third of the natural gas that Europe consumes comes from Russia. Its president, Vladimir Putin, has the key to the gas. Many voices in the EU accuse Moscow of favoring the energy crisis that the continent is experiencing to try to accelerate the approval of Nord Stream 2. Gazprom has not reserved additional transit capacity for December through the Ukraine gas pipelines or the one through Belarus and Poland, the Yamal. The reserves in the European warehouses that it controls are considerably lower than at the same time in previous years, which explains the sharp increase in prices in October. Moscow has limited itself to shipping the gas set in long-term contracts and has not exported more to meet demand, which is much higher.

The temporary suspension of the gas pipeline certification, believes Dmitri Marinchenko, an expert at the Fitch Ratings consultancy, creates a situation of uncertainty in the market because it is not yet clear whether Gazprom will be ready to significantly increase supplies to Europe before the launch of Nord. Stream 2. Marichenko believes that Tuesday’s decision does not involve political but “procedural” reasons for the gas pipeline. “Certification is progressing quite slowly; the most probable is that the project is launched in the best of cases at the end of the heating season ”, he has commented to the Tass agency.

“After examining the documents, the Federal Network Agency concluded that the certification of the operator of the Nord Stream 2 line is only possible if the operator is legally organized according to German law,” says the statement that the agency has made public. this Tuesday. The characteristics of the gas pipeline operator conflict with European legislation, which is very strict in the defense of competition in the block’s energy market.

See also  Government 'all over the place' on the future of fracking, MPs hear

A German court decided last August that Nord Stream 2 must be subject to European Union energy regulations, according to which companies that produce and supply gas within the Union must be decoupled from transport activities. The aim is to guarantee market competition, so that transmission system operators – where competition is not possible or not allowed – do not favor their own supply activities to the detriment of independent suppliers. This is a problem for the Nord Stream 2 operator, who has all three facets at the same time.

To circumvent this requirement, the company has decided to create a subsidiary to operate the facility on German territory. The certification process, says the regulator, “will remain suspended until the transfer of essential assets and resources to the subsidiary is completed.” The German agency wants to make sure that the subsidiary is truly independent. The deadline for the agency to complete the exam ends in January, but then the project would go to the European Commission, which would have up to four months to make its own evaluation. After its green light, the Federal Network Agency would once again have two months to issue the final certification. Without it, the gas pipeline cannot operate, under the threat of high fines.

An uncomfortable project for the new German government

The German government, which is in office while social democrats, greens and liberals negotiate a possible coalition, has not appreciated the decision of its agency. The Ministry of Economy has limited itself to pointing out that these are “purely regulatory issues.” Angela Merkel has always defended the project, assuring that it is a private business and that it has nothing to do with the sanctions that the European Union may continue to impose on Russian individuals in response to the Navalni case and the repression of demonstrations in the country. The Greens, who are expected to be part of the next German government, a tripartite with Social Democrats and Liberals, are against the pipeline because it prolongs Germany’s dependence on fossil fuels.

The Russian government has also remained silent after the suspension. Russia’s representative to the EU, Vladimir Chizhov, has assured that it is early to draw conclusions. “So far, from the official part, mainly from Germany, which is the recipient of the project, we have not heard any political statement about it,” he said on Russian state television. “We have to find out what it is connected to [la decisión] before drawing conclusions ”, he added.

“Our company takes this step [establecer una filial] to guarantee compliance with the applicable rules and regulations, “a Nord Stream 2 spokesperson told EL PAÍS, who did not want to venture how much delay the decision of the German agency may entail for their plans:” We are not in a position to comment on the details of the procedure, its possible duration and the impacts at the time of the beginning of the gas pipeline operations ”. Several experts are already talking about the Nord Stream 2 not starting to pump gas until next summer.

The construction of Nord Stream 2, which has the capacity to supply 55 billion cubic meters of gas to Europe every year through 2,460 kilometers of pipelines, ended in September after many ups and downs from sanctions that the United States Government – which also wants to place its own gas on the European market – it imposed on the participating companies. In the summer, the United States and Germany agreed to end the dispute and pledged to apply sanctions to Moscow if it used Nord Stream 2 against Ukraine. Three weeks ago it was assumed that authorization was imminent. The Ministry of Economy officially certified that the project “does not endanger the security of gas supply to Germany and the European Union.”