Skip to content
Home News Germany: Merkel warns that the COVID crisis is “dramatic” and current measures “will not be enough” | Society 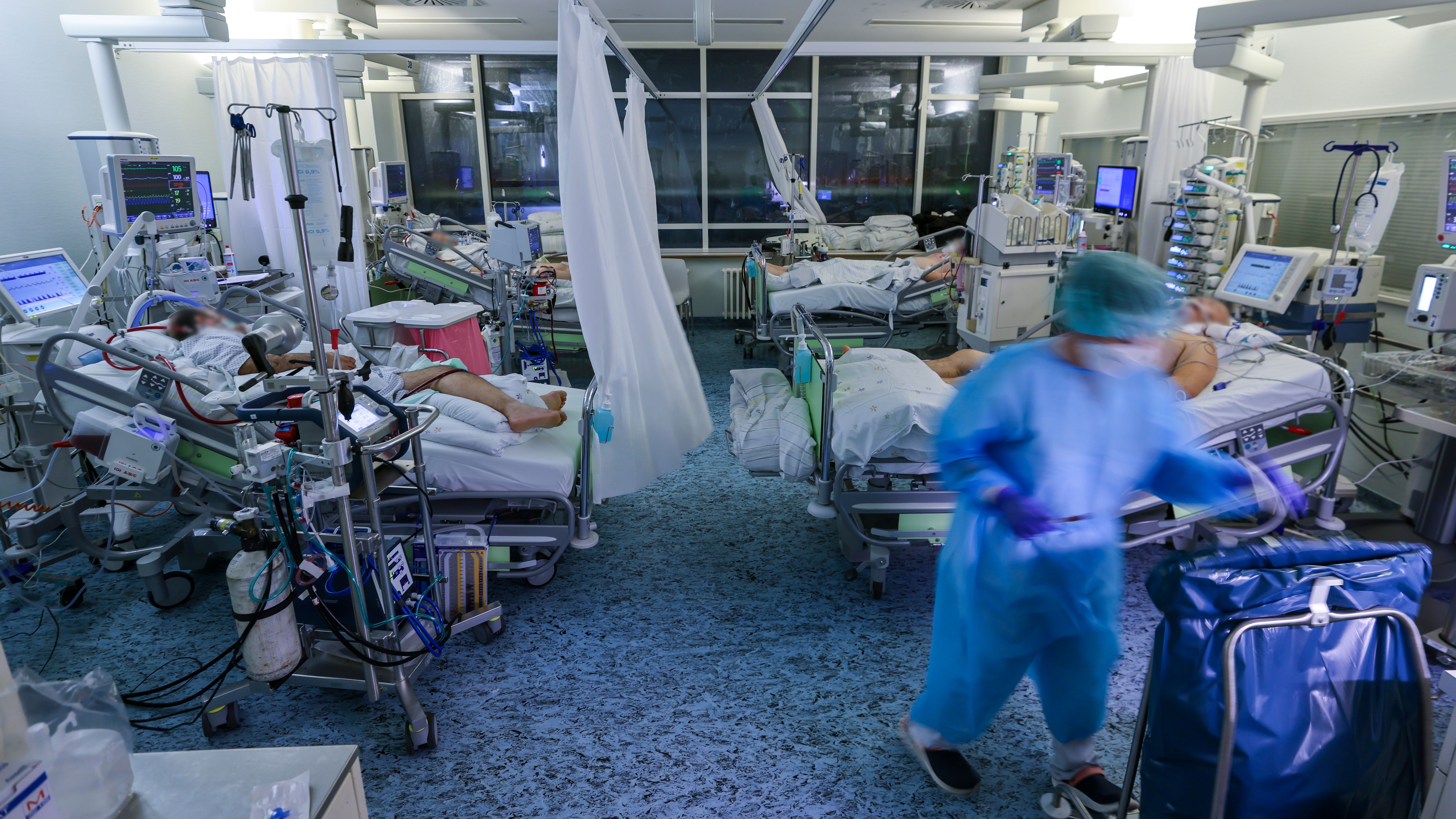 Germany looks with concern at its neighbor Austria, which is since Monday the first European country to once again confine its population in the face of the unstoppable advance of coronavirus infections. The acting German Chancellor, Angela Merkel, warned this Monday that the situation is “dramatic” and believes that it will be necessary to impose more drastic restrictions than the current ones. Authorities agreed last week to prohibit the unvaccinated from entering restaurants and leisure activities in areas where hospital pressure is highest.

“The measures in place will not be enough,” said the chancellor at an internal meeting of the leadership of her party, the Christian Democratic Union (CDU), as published by several German media. The evolution of the pandemic “may exceed everything we have experienced so far,” he warned.

Germany has one of the worst vaccination rates in Western Europe, with 68% of its population fully immunized, compared to 80% in Spain. It is one of the reasons for the explosive growth in infections that has occurred since mid-October. The German healthcare system, reputed to be efficient and well endowed, is already suffering the consequences of a runaway incidence. The lack of personnel in ICUs has even forced the transfer of patients to other countries. The hospital occupancy data still does not match last winter, but there are more beds closed due to the shortage of nurses.

The German authorities are trying to convince those who have not yet been vaccinated that they should do so, for their safety and that of society as a whole, while the country continues to record record numbers of new infections – this Monday the weekly incidence reaches 386.5 cases per 100,000 inhabitants – and hospital saturation is noticeable in southern states such as Bavaria (with several districts without a single free bed in intensive care) and eastern states such as Saxony. These two countries They have already adopted stricter measures than the rest, such as the closure of nightlife and the cancellation of the typical Christmas markets that normally open on these dates.

“Probably everyone in Germany will be vaccinated, recovered or dead at the end of winter,” the acting Health Minister Jens Spahn also warned on Monday in a speech much more dramatic than on previous occasions. “There is a duty of solidarity with vaccination,” he stressed at a very gloomy press conference in Berlin, after describing the situation as “very serious.”

Spahn, accompanied by the immunologist from the Berlin hospital Charité Leif Erik Sander and the president of the Paul Ehrlich Institute, Klaus Cichutek, appealed to the entire population to get the third dose of the vaccine. The campaign to inoculate the souvenir prick is still very slow because in many areas the vaccination centers were closed after the summer and now it is the family doctors who must vaccinate in their consultations.

The debate on the general obligation of the vaccine is heating up in a country that until a couple of weeks ago was almost unanimously against it despite the low vaccination rate. The president of Bavaria, the conservative Markus Söder, is in favor of imposing the punctures on the entire population. Spahn, for his part, assures that the discussion can be postponed, since what is needed now is to break the chains of transmission as soon as possible, and that a mandatory vaccine will not achieve. The solution is to reduce contacts, he assured.

The phrase about the “vaccinated, recovered or dead” is a version that has circulated these days on social networks of the call 3G rule that is applied inside bars and restaurants. Only those who prove to be vaccinated (vaccinated, in German), cured (recovered) or with negative test (tested) they can participate without restrictions in social life. These days a modified version has been used –”Vaccinated, recovered, died [muerto]”- to warn about the consequences of not getting vaccinated. The 3G rule will soon also apply to public transport and there are already states, such as Berlin and Saxony, where only the 2G rule works, that is, only vaccinated and cured inside public places.

In Austria, the confinement came into force this Monday to the surprise of many and the discontent of a few, who during the weekend took to the streets to protest the decision of their Government. Schools are open, but almost everything else has closed: non-essential shops, restaurants and bars, Christmas markets, hair salons and beauty salons. Confinement in central Europe does not mean the same as in Spain. Austrians, like Germans last winter, can go out to work, to the doctor, to play sports or to go for a walk, but the authorities insist that you have to stay home and telework as much as possible.

No European country had had to resort to confinement – although it did have to close shops and restaurants, as happened a few days ago in Slovakia – since the massive vaccination campaigns. For Austria, which this Monday has recorded 13,806 new infections – the highest figure recorded on a Monday since the start of the pandemic – is the fourth confinement. It will foreseeably last 20 days, although at 10 a first evaluation will be made.

In the regions of Upper Austria and Salzburg, health professionals had been warning for several weeks of the saturation of intensive care units, which have run out of free beds. The Austrian government blames the situation on the country’s low vaccination rate. There are about two million people (out of 8.9) who do not get vaccinated and are able to do so. The weekly incidence in Austria has risen to 1,107 cases per 100,000 inhabitants, three times the German average. The government has announced a law that will make vaccination mandatory next February.