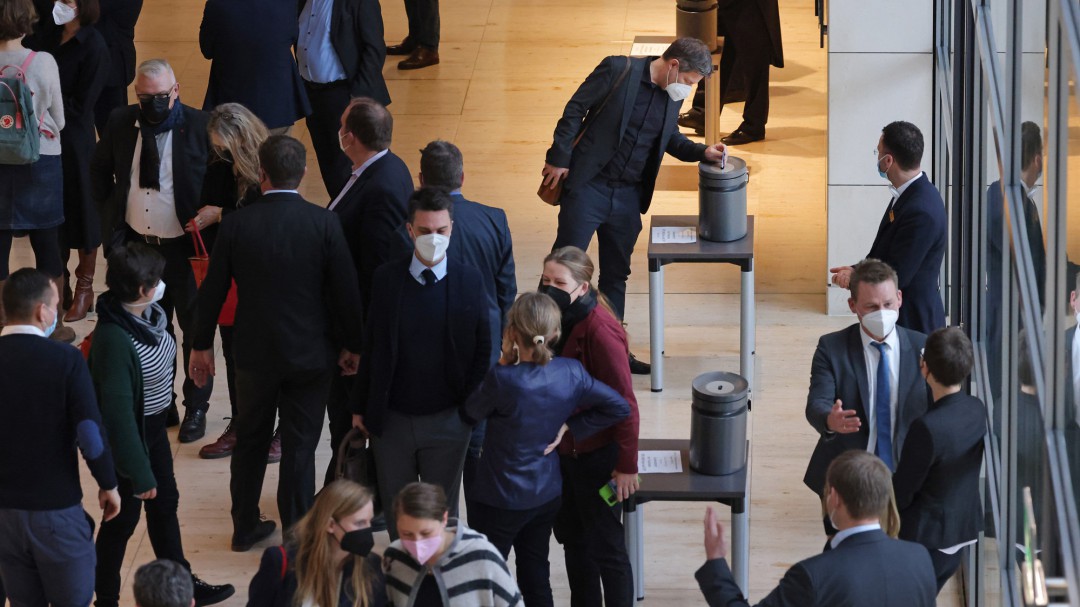 The lower house of the German Parliament (Bundestag) has approved this Friday the mandatory vaccination for health personnel and nursing homes, which will have until March 2022 to present the corresponding certificate.

571 deputies voted in favor of the bill promoted by the parties of the governing coalition of Olaf Scholz – Social Democrats, Greens and Liberals – while 80 voted against and 38 abstained.

The upper house, the Bundesrat, is expected to ratify the new law this Friday, thus completing the parliamentary process.

Staff who work in centers with “vulnerable people”, such as clinics, medical offices and nursing homes, will have until March 15 of next year to prove that they are vaccinated or that they have healed after a covid infection.

This time frame was criticized on Thursday by regional leaders, who consider it too wide, but Scholz defended it yesterday, in his meeting with the “Länder”, due to the fact that it takes time to receive the complete guideline and the maximum immunity level.

The supervision of the measure will remain in the hands of the employer, who in case of not having the corresponding certificate by the scheduled date, must inform the local Health Office and prohibit the employee in question from accessing the job.

Vaccines can be inoculated at pharmacies

In the absence of specific references, for the moment it is understood that the complete vaccination schedule corresponds to two doses, although it is possible that in the future it will be necessary to have also received the soft drink.

The bill approved today by the Bundestag will also allow that, to accelerate the vaccination campaign, doses can be supplied in pharmacies and also by dentists and veterinarians who meet certain requirements, for a limited period of time.

Along with this project, the new Government is already working on a legal framework for the introduction of the mandatory vaccine in a generalized way, with the aim of having it ready to enter the parliamentary process by February.

69% of Germans vaccinated with the complete regimen

Despite the successive calls to be vaccinated by the previous government of Angela Merkel, as well as the current one under Scholz, the percentage of citizens with the complete guideline continues to be, with 69.5%, lower than that of other European countries.

Both the conservative bloc of the former chancellor and Scholz’s coalition parties had argued that the vaccine would always be voluntary in Germany.

The rebound in infections in recent months and the stagnation of vaccination have led to a change of opinion in favor of its obligatory nature of the entire parliamentary spectrum, with the exception of the extreme right.

The cumulative incidence of covid-19 continues to decline in Germany although it continues at a high level, standing at 413.7 new infections per 100,000 inhabitants in seven days, compared to 442.1 a week ago and 232.1 a month ago , according to data from the Robert Koch Institute (RKI) for Virology