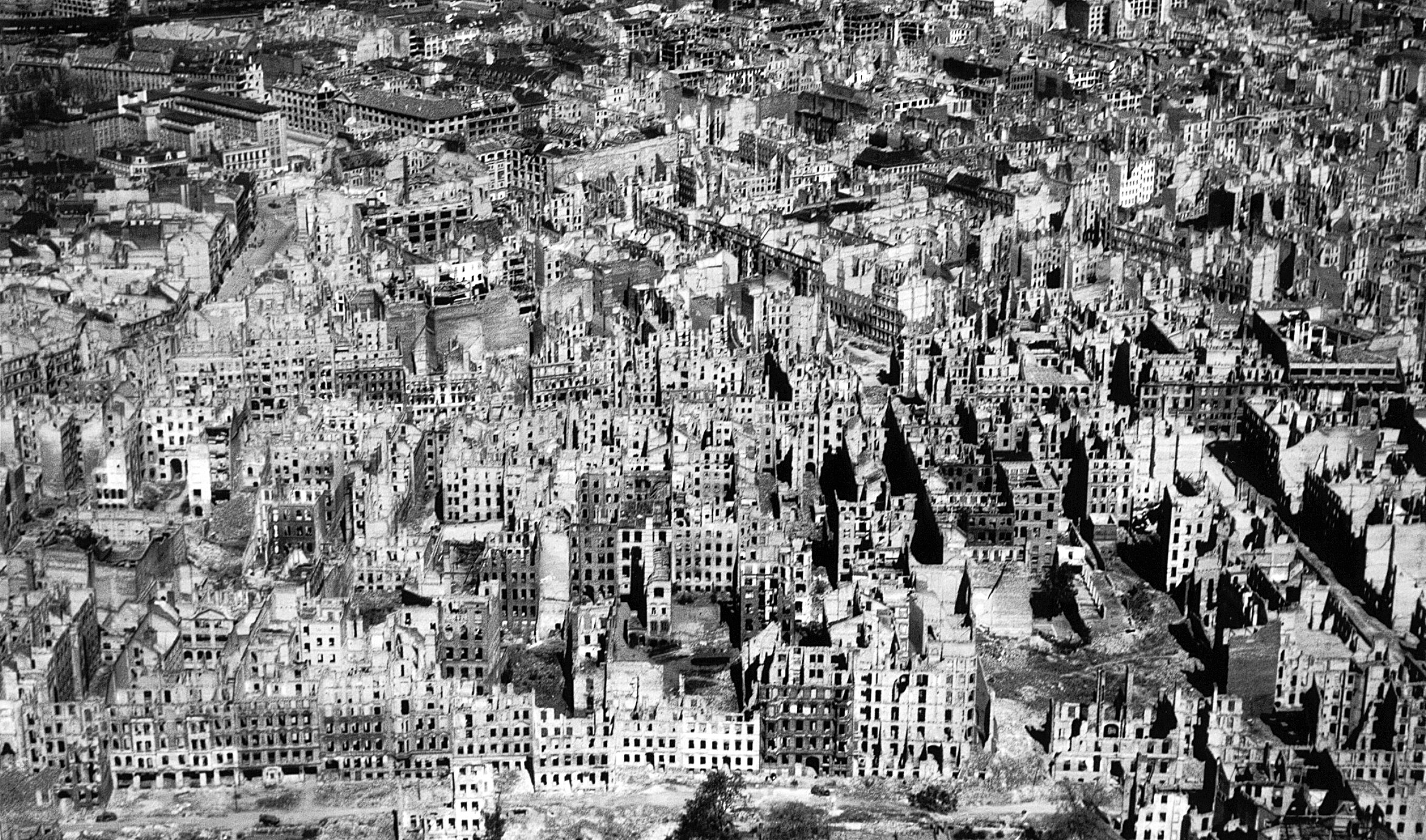 Roberto Rossellini popularized it in 1948, but the expression “zero hour (or year)” had arisen a few years before, around the end of the Second World War in European territory; imagined and feared by some as the moment of revenge, longed for by others as a historical caesura and liberation, the zero hour it was received with indifference by the majority of the German population, whose suffering did not end with hostilities.

On Wolf time (Hour of the wolf), the German journalist Harald Jähner calculates that “the war left in Germany 500 million cubic meters of rubble”, an amount so difficult to conceive that the survivors tried to visualize it by imagining a mountain of ruins of 90,000 square meters of base and 4,000 meters of height; a mountain, actually, inconceivable.

Nothing more difficult than to get an idea of ​​the state of German cities after the end of the war. Our difficulty in doing so is the product of both the stability and relative well-being of the last decades in Western Europe and something like an anthropological constant; as Hans Erich Nossack wrote in Collapse. Hamburg, 1943 (translated into Spanish by Juan de Sola and published by La Uña Rota in 2010), the inability to understand what happened and verbalize it was the common denominator among the survivors.

Berlin had lost a third of its homes, and those that were still standing lacked electricity, water and gas; the suicides were frequent, also the overcrowding, the rapes and summary executions on behalf of the justice of the victors; the ecclesiastical authorities had suspended the seventh commandment, because the theft of coal was vital for survival; prostitution flourished in the absence of other economic activities; on the black market, jewelry and valuables were exchanged for potatoes and bread; the capital of the Third Reich had gone from having 4.3 million inhabitants to having 2.8 when the war ended; most of the population was made up of the elderly, children and women; the average Berliner was profoundly malnourished and cases of cholera and diphtheria were frequent. Nossack was able to see that personal misfortune was understandable, but that total and utter destruction was impossible to understand and led those who experienced it to astonishment and silence.

See also  My daughter died in my arms: her 'dangerous' killer must never be released

Stig Dagerman was only 23 years old when he visited Germany and discovered – traveling from “the ruins of one city to the ruins of another” like the displaced, the hungry and those who had lost their homes – that the word most used to account for the situation it was “indescribable.” It didn’t seem appropriate, however. “Meat of doubtful origin that somehow [los sobrevivientes] they manage to procure or the dirty vegetables that they find God knows where they are not indescribable ”, affirmed,“ they are absolutely disgusting. [Y] what is disgusting is not indescribable, it is simply disgusting. In the same way, one can refute those who say that the misery suffered by children in basements is indescribable. If you like, it can be perfectly described ”.

Dagerman was born on the outskirts of Stockholm in 1923 and had only seven years to live – he committed suicide in 1954 – but it would be enough to produce four novels, four plays, a volume of short novels, short stories, essays, poems and articles. The 13 he wrote for the Swedish newspaper Expressen in 1947, which Pepitas de Calabaza now publishes under the title of German autumn (translated by José María Caba and revised by Jesús García Rodríguez), are proof of his extraordinary lucidity and the imperative he imposed to tell and describe what others considered “indescribable”: hunger, overcrowding on trains and in basements often flooded, the arrival of refugees – “ragged, hungry and unwelcome people”, whose presence “was both hated and welcomed; hated because those who arrived brought with them nothing but hunger and thirst; well received because it fed suspicions that only waited to be nurtured, a mistrust that only waited to be confirmed and a grief that no one wanted to mitigate “-” the pale faces of the people who live in the barracks and bunkers for the fourth consecutive year – and that they make you think of the fish that rise to the surface of the air to breathe – and the striking blush of the girls who a few times a month receive chocolates, a pack of Chesterfield, fountain pens or soaps ”, the indifference to the Nuremberg Trials and the first democratic elections, the majority rejection of the denazification processes – “they devote considerable time to insignificant cases while the truly important ones seem to disappear through a secret hatch” -, the demand for entertainment – “the cinemas are always full until nightfall and for that reason they admit standing spectators ”- and the way in which, although we tend to think of the end of the war as an event nto of general scope, it affected the different social classes with different intensity and preserved the upper class, the one that had prospered the most during Nazism.

“If you have lived with Germans from different social strata, you soon realize that what in a previous survey of current German thought appears to be a monolithic bloc is actually crossed by horizontal, vertical and diagonal cracks.” Dagerman argued that “it is blackmail to analyze the political position of the hungry man without at the same time analyzing his hunger”, and it is this that most clearly distinguishes his position from that adopted by other postwar German correspondents such as Virginia Irwin, Jacob Kronika or Theo Findahl, who approved the punishment of the whole of German society.

For Dagerman, a “dissatisfied, bitter and torn” country in which “disappointment and despair” prevailed was not the most propitious scenario for the “zero hour” of a new democratic society. And it is this conclusion —which would be shared years later by Western Chancellor Richard von Weizsäcker, who in 1985 affirmed that “there never was a zero hour”- the one that gives a certain oracular character to its extraordinary German autumn at a time when fascism is spreading across Europe.