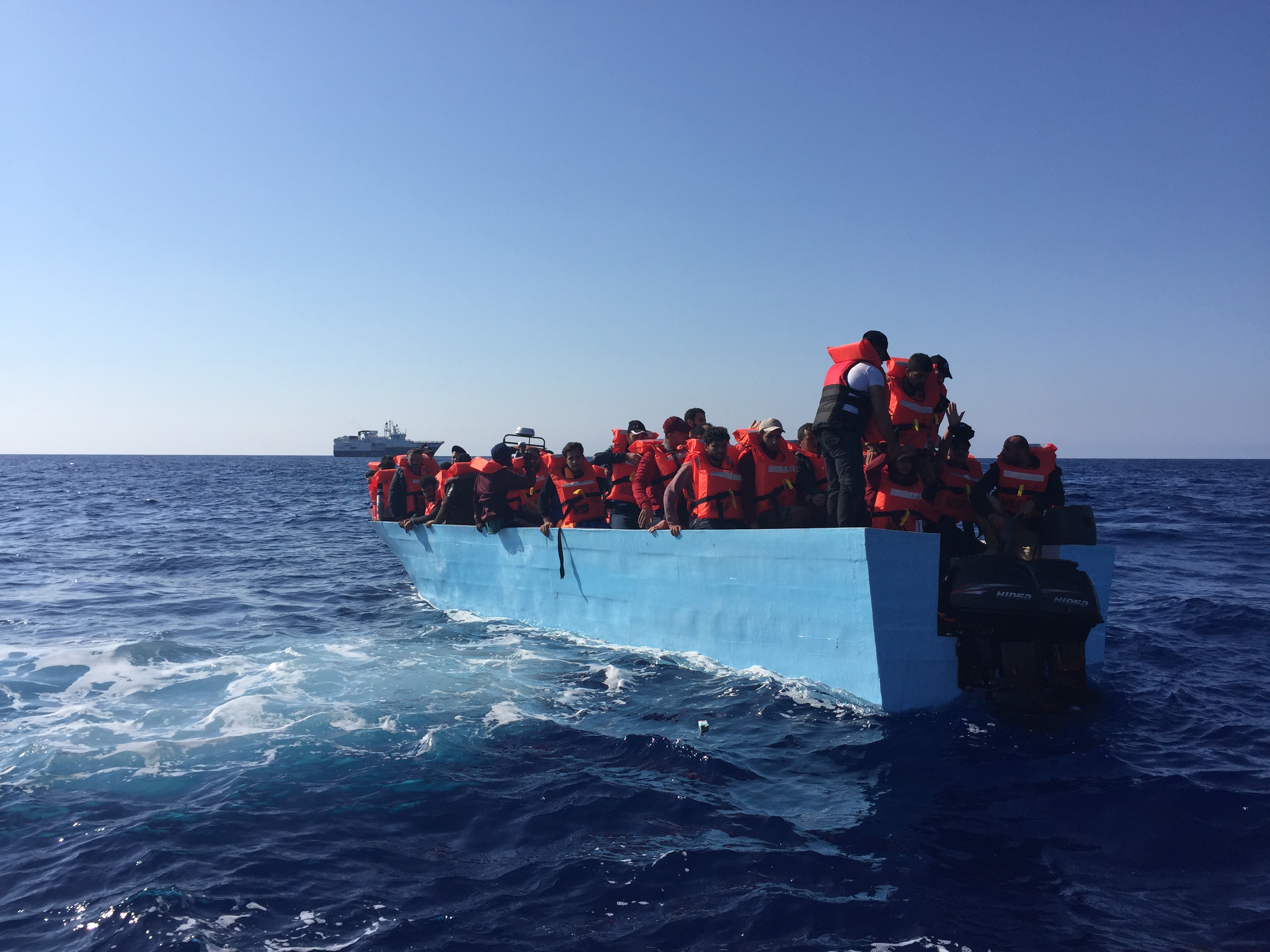 The rescue ship Geo Barents, chartered by the NGO Doctors without Borders (MSF) to help migrants in distress in the Mediterranean, landed this Friday in the Italian port of Messina, on the island of Sicily, 186 rescued migrants and the bodies of ten people recovered off the coast of Libya. Among those rescued there are 152 men and 34 women, 61 are minors and the youngest of the group is only 10 months old. They come from Guinea, Nigeria, Ivory Coast, Somalia and Syria. The project coordinator at the Geo Barents, Caroline Willemen, said that “it is a great relief” that the Italian authorities have assigned a safe port to the boat so that the migrants “can finally rest in a safe place.”

🔴The #GeoBarents He goes to Messina #Sicily, where they will be able to disembark safely and receive assistance if needed by the 186 survivors on board.

The bodies of the 10 people who lost their lives at sea will be able to receive a dignified burial. https://t.co/mWY0FQOKK0

The survivors explained to the NGO “that the deceased had spent more than 13 hours huddled on the bottom of the ship, where the air was saturated with fuel vapors,” so MSF concluded that “most likely people died from suffocation”. “It took at least two hours to retrieve the bodies and bring them aboard the Geo Barents, so that we can offer them a proper burial once they disembark. “We are shocked and outraged at the same time. This is the umpteenth tragedy at sea that could have been avoided, ”said Fulvia Conte, deputy director of search and rescue activities for the humanitarian organization.

The project coordinator on the ship pointed out that many of the migrants “bear the physical and psychological consequences of the terrible experiences they have gone through. Many of the survivors have visible signs of the violence and abuses they suffered in Libya, ”he highlights. Willemen has also warned about the health conditions of the migrants. “Most of them are exhausted and very weak after almost a week at sea. Some needed medical assistance and specialist care, including women and children with pathologies that we could not treat on board ”he points out.

MSF has stressed that these people need help to recover in a safe environment. The most vulnerable: women who traveled alone, children, unaccompanied minors and survivors of gender-based violence should receive specialized protection from competent organizations, according to the NGO.

Referring to the recovered bodies, MSF stressed that “they need a dignified burial” and that it will coordinate these efforts with the local authorities of Messina. “Among the survivors, the people who lost friends and family on this tragic journey mourn their loss: they need care and psychological support after disembarking,” stressed the humanitarian organization.

Threats to a German NGO

The rescue boat has already helped more than 82,000 people embarking on the migration route through the central Mediterranean. The ‘Geo Barents’ is currently at sea to carry out its fifth mission. An estimated 22,825 people have died or disappeared on this journey since 2014, which already has 1,225 victims so far this year. Italy has seen a sharp increase in boat migrants in recent weeks. Meanwhile, Mario Draghi’s government is working to secure an agreement with the European Union to deal with the volume of arrivals. According to data from the Italian Interior Ministry, some 59,702 migrants have landed in the country so far in 2021, compared to 32,476 who did so during the same period last year.

On the other hand, the German NGO Sea Watch has denounced this Friday that the Libyan coast guards have threatened the personnel on board the migrant rescue boat, Sea Watch 4, with being kidnapped. Through its account on the social network Twitter, Sea Watch has published the recordings of a radio conversation in which the coast guard asked the ship’s personnel to “turn around”, to which the Sea Watch 4 It responds that it is not “in Libyan territorial waters” and that the transit is “guaranteed by law.”

Keith Barker blows away Somerset to help Hampshire to victory