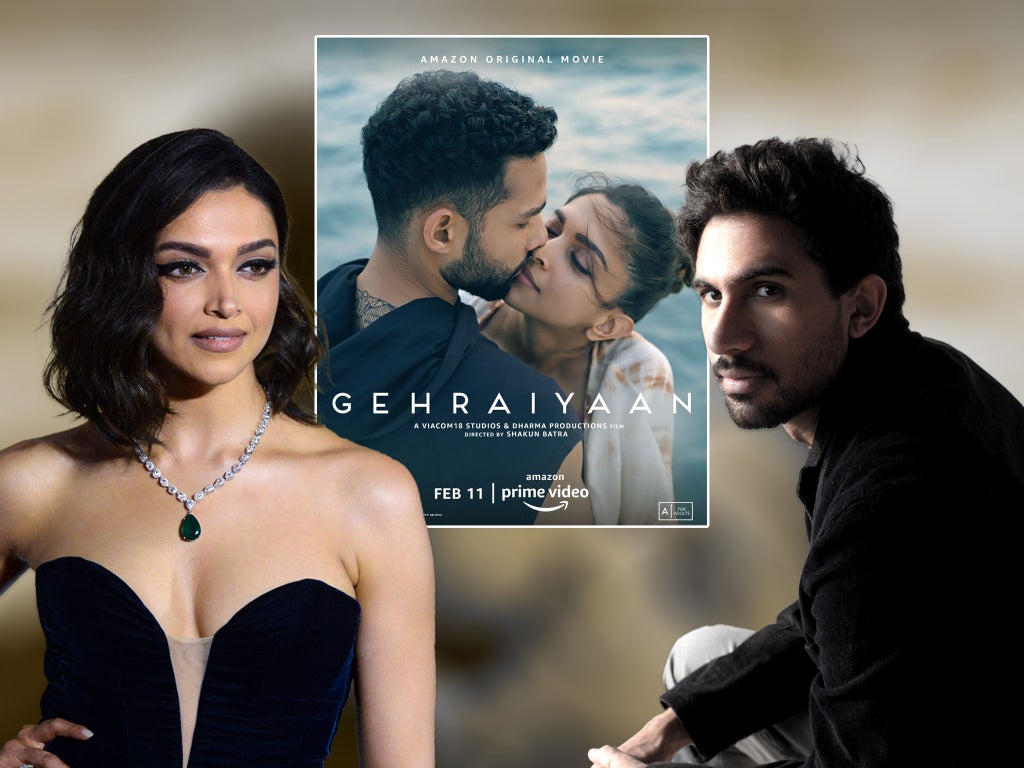 Kabeer Kathpalia, who is widely known as OAFF, ​​began his music journey in a punk-rock band in his high school in the western Indian city Ahmedabad. Today, his song “Doobey” is a chart-topping earworm, with more than 55 million views on YouTube and over six million streams on Spotify.

But the 32-year-old says that he never saw this coming. Despite performing uncountable jamming sessions with his music partner Savera, Kathpalia did not expect to find his true calling from him in the industry. “Because of [our band in school]I slowly got interested in music and music theory,” the composer tells me. “If I wasn’t into music, I’d be doing something related to maths or science.”

“As far as getting into the industry, I don’t know how that happened,” he adds. Kathpalia and Savera entered the industry via documentaries and TV series. “At some point, someone paid me to produce music for them, so I was like, ‘Wow I get paid to do this’,” he says, adding that that was probably when his transition to OAFF began.

When asked about his artist name, the musician reveals his quirky side. “[In English,] oaf means a foolish, silly and awkward person. So I kind of resonated with it at that point,” he says. “I thought if I called myself OAFF, ​​then I’ll be able to make any kind of music I want without having to worry about anything. I can have fun with it.”

“Doobey”, from recent Bollywood film Gehraiyaan, was performed, composed and written by Kathpalia, his music partner Savera, celebrated sound director Ankur Tewari and upcoming singer Lothika. The fresh pop track went viral as soon as it was released, became a favorite on short video apps, and catapulted its creators into overnight stardom.

“I’ve no idea how we went from having just 10,000 views on our songs to over 25 million views overnight,” Kathpalia adds.

Tewari, who played a crucial role in the sound teams of hit films such as Slumdog Millionaire and gullyboy, and supervised the Gehraiyaan soundtrack, says he has followed OAFF and Savera’s music for a few years now. “They’ve been doing some really exciting work in the independent [music] scene in India.”

Tewari revealed that he and Gehraiyaan director Shakun Batra “headhunted” Kathpalia and Savera for the Deepika Padukone-starring film. They reached out to the duo based on their soundscape and the talented artists they had collaborated with in the past.

“From the very initial stages, [OAFF and Savera’s] music was kind of making sense when compared to the references that I was looking for,” Tewari says, while complimenting the two artists for their “grasping” abilities. “They were very sensitive to the story-telling. It didn’t feel like they were working on their first feature, it felt like they had done this many times before.”

In the last couple of years, an increasing number of independent music artists have created scores for big budget Bollywood films. The biggest and most famous example would be Ranveer Singh’s 2019 film gullyboy, which followed the story of a struggling rapper in India. The film kicked off several conversations and renewed interest in India’s hip-hop and rap scenes.

The movie was based on a real-life story about two men: Vivian Fernandes, popularly known as Divine, and Naved Shaikh, who is known as Naezy. Both Divine and Naezy are now the biggest names in the Indian hip-hop and rap scene, performing sold-out tours, and creating music for advertisements, and various films.

Independent and mainstream music are completely different worlds. But it is important to understand that they “feed off of each other”, Tewari says, adding that mainstream Bollywood music has always referenced independent music to “make their own versions of it”.

Highlighting other differences, the sound director said the kind of money spent on promoting a mainstream song is vastly different from that for an indie song.

When an artist makes music in an independent space, they’re doing it for themselves. On the other hand, when “you’re making music for films, you’re kind of supporting the word that is on paper/screen, you’re trying to enhance that, you’re trying to cater to the director’s vision of the film and trying to make it better”.

In the case of Gehraiyaanindependent music ended up meeting the mainstream because of the film’s director.

“[Shakun Batra] you have an amazing taste in music. He himself plays the guitar, and has a very keen interest in music,” Tewari says. “So it was a very good jam with him to create a soundscape which was agreeable to everyone. He was very sure about the kind of music he wanted for this film.”

Tewari believes that OAFF’s music will continue to dominate the industry long after Gehraiyaan, and hopes the film will act as a gateway for independent artists to thrive in Bollywood.

This film will also give India a reason to celebrate local music again, he adds. “Their music, which was niche and independent for a while [probably]will be adopted by mainstream music directors and singers [in the future]. It’s a mutual exchange and I love it. I love it when this happens.”

Kathpalia, who has previously collaborated with other top independent artists like Kayan and Kamakshi Khanna, has many projects down the pipeline. In fact, he recently revealed that his song “Duur” will be featured in Netflix’s The Fame Game, fearing Bollywood actor Madhuri Dixit.

But first, OAFF says, he is off to Goa for a much-needed surfing vacation with Savera and other friends.