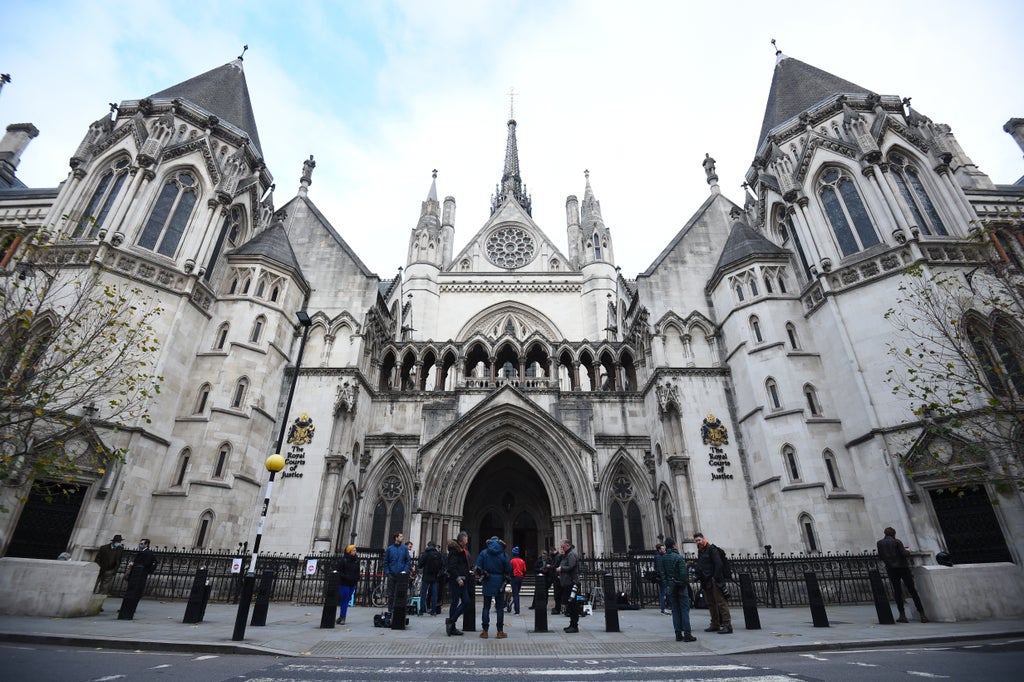 The term gaslighting has been used in a published High Court judgment in the family courts for the first time ever in a “milestone” hearing.

Gaslighting refers to manipulating someone by making them question their very grasp on reality by forcing them to doubt their memories and pushing a false narrative of events.

speaking to The IndependentCharlotte Proudman, a leading human rights barrister who led on the case, said the judge’s use of the term gaslighting gives it “legitimacy and credibility” as she warned abusers have long been warping victims “realities” yet there has been no legal term to shed light on the problem.

Dr Proudman said she is “delighted” the term was “finally” used in a family court judgment on 20 January as she called for people to take notice of this “milestone” moment.

She added: “For too long abusers have distorted victims’ realities and there has been no legal word or concept to expose it. Finally, we have one: gaslighting.

“Everyone should remember this. I see it happen many times in cases and it won’t stop. I expect to see it used more because it single-handedly explains victims’ experiences of abuse.

“The courts must address this. In this case, the judge also found that her father raped and abused her and controlled her. It’s a powerful judgment by a highly experienced judge and I welcome it.”

Dr Proudman explained the woman she represented in November and December last year accused her partner of subjecting her to rape and domestic abuse, yet the judge told her that he would have her child removed from her, adopted and placed in care if she continued with her allegations.

“You could hear her screaming and crying on the court tape,” Ms Proudman recalled. “I appealed to the court of appeal and they said that the judge frightened her. We won her appeal from her. Ella she’s a courageous woman.

The award-winning family law lawyer noted the next step involved a “new fact-finding hearing in the High Court” – adding that the woman was scared of the courts during the hearing as well as being “very distressed”.

Dr Proudman added: “I argued that the father had gaslit her. He convinced her that she had bipolar, he told her repeatedly, he even convinced her family of her and other professionals.

“She didn’t have bipolar. This is a form of insidious and corrosive abuse when women are made to question their own version of reality because of abusive men. What made it worse is that he is a mental health care worker.”

The lawyer noted he was found to have sexually harassed a child inpatient with mental health as well as she warned her client’s ex “used his position of power and trust to undermine and gaslight his mother” and he “continues to work caring for vulnerable people. ”

Ms Proudman said she had used the term gaslighting in many cases where she has represented victims but the judge has either not fully grasped what she was referring to or has felt like it is not a proper legal term.

The fact the case has been published is also significant given almost all family court cases are never made available to the public, she added, explaining she specifically asked for the decision to be published as it is a “case of enormous public interest”.

“The family courts are so shrouded by lack of transparency,” Ms Proudman added. “Most cases happen in secrecy behind closed doors. This is a really serious case that went all the way to the Court of Appeal. The High Court is viewed as a leader in the field. This case is setting a precedent for the use of the term.”

Mr Justice Stephen Cobb, the High Court judge who ruled on the case, helped write the law and guidance on how the family courts tackle domestic abuse. Ms Proudman referred to him as “a leader in this field”.

“Dr Proudman’s use of the term ‘gaslighting’ in the hearing to describe this conduct was in my judgment apposite; the father’s conduct represented a form of insidious abuse designed to cause the mother to question her own mental well-being of her, indeed her sanity of her, ”Justice Cobb said in the ruling.

“The assertion to the mother and others were ostensibly given greater credibility by the fact that at the time the father was a mental health nurse; he may be thought (and doubtless wanted to be thought) to have drawn on specialist expertise or experience to make his diagnosis/assertion.”

Ruth Davison, chief executive of Refuge, which is the UK’s largest provider of shelters for domestic abuse victims, told The Independent Refuge is in favor of “any step forward” which “formally recognizes the complex ways in which women experience domestic abuse”.

She added: “We know that domestic abuse isn’t always physical. Gaslighting is a form of coercive control which has been a crime since 2015.

“It can include abusive partners making women feel they are to blame for their partners’ actions, or making them doubt the validity of their own experiences. It is an insidious and dangerous form of abuse and it is important that it is acknowledged for the crime that it is.”

Between two and three women are murdered each week by their partners or ex-partners in England and Wales. While one in four women will suffer domestic abuse at some point during their lives – with domestic abuse having a higher rate of repeat victimization than any other crime.

Julian Hawkhead, a senior partner at Stowe Family Law, the UK’s largest family law firm, said: “The facts of this case do sound truly shocking. Gaslighting as a description of a type of controlling manipulative behavior has become increasingly common in recent times.

“Its origin is a 1930’s play in which a husband manipulates his wife through various activities he carries out including secretly dimming and brightening a gaslight to unsettle and confuse her.

“As a family lawyer, we often hear accounts from our clients of the ways in which their spouses or partners have deployed a wide variety of psychological tactics to unsettle them, leaving them feeling confused, isolated, vulnerable and unclear as to the reality of their relationship.”

He noted it can be a difficult phenomenon to prove – with this especially true when his clients are unsettled and “uncertain” as a result of the spouse’s manipulation.

“The family courts, over-burdened as they are with the sheer volume of cases they have to process, often have little time and give little heed to allegations of psychological abuse and to the amount of damage that this can cause,” Mr Hawkhead added . “So it is reassuring to know that the court is recognizing the often invisible but long-lasting damage that can be caused by gaslighting.”