Gareth Southgate names his penultimate squad before the winter World Cup on Tuesday as England prepare to play four Nations League matches in an 11-day period.

A breathless Premier League season has only just finished and the Champions League final follows on Saturday, but international football is now about to ramp up.

There are just two camps remaining before England’s World Cup campaign gets under way against Iran on November 21, with preparations continuing with four Nations League fixtures in June.

Southgate leads his side to Hungary and Germany next week, before welcoming Euro 2020 final foes Italy and Hungary to Molineux as the national team goes on the road.

The Three Lions boss will name his selection for Group A3 fixtures on Tuesday afternoon at Wembley – the first in-person squad unveiling since November 2019.

Southgate may well plump for an enlarged group given the frantic schedule at the end of a draining season, plus time to prepare for Qatar is running out.

Uncapped Jarrod Bowen is widely expected to be included at the end of a superb season at West Ham, having been ruled out of March’s friendlies with a heel issue.

Crystal Palace’s Eberechi Eze is understood to have caught Southgate’s eye. The 23-year-old had been due to be named in England’s provisional European Championship squad only to sustain a freak Achilles injury.

James Maddison, meanwhile, has made a great case to end his time in the international wilderness.

The 25-year-old midfielder has not been called into the squad since making his debut in November 2019 and has ended the campaign in superb form at Leicester, scoring 18 goals in all competitions.

“He can’t do any more,” Foxes boss Brendan Rodgers said of Maddison’s England hopes after scoring in Sunday’s 4-1 stroll against Southampton.

“He has been absolutely brilliant. He is hungry since it is difficult to start for him. He has power and quality, he scores today and creates one.

“He’s not tense, he’s free. He is fit and is playing the games. He is doing the running and doing the work. We have other players who need to do more as well and impact the game more but he himself has been absolutely brilliant.

“He is strong defensively, he has been aggressive and his football talent is there for everyone to see.

“Look at his numbers, he has been first class and been – by quite a distance – our best player.”

Fikayo Tomori made his Three Lions debut in the same month as Maddison and has only added one further cap, but the Serie A winner has made an excellent case to be involved with his performances for AC Milan.

Kyle Walker should return after Southgate decided to look at younger right-backs in March – a pair of friendlies Manchester United’s Marcus Rashford and Jadon Sancho were overlooked for.

Whether the pair have done enough with United to earn a recall is debatable, while there are sure to be questions about his continued faith in Harry Maguire.

The defender was booed by some England fans at Wembley last time out in the friendly against Ivory Coast.

United left-back Luke Shaw is only just returning from surgery on the leg he broke in 2015 so England duty may come too soon. Fellow left-back Ben Chilwell remains sidelined.

Marc Guehi – who has been dealing with an ankle injury – Tyrick Mitchell and Kyle Walker-Peters made their debuts in March, when Aaron Ramsdale, Trent Alexander-Arnold, Reece James, Tammy Abraham and John Stones withdrew.

Bukayo Saka left the camp after testing positive for Covid-19 and Arsenal boss Mikel Arteta revealed he would be talking to Southgate about restricting the forward this month.

Kalvin Phillips, fresh from helping Leeds survive the drop, should return to the national set-up. Named England Men’s Player of the Year for 2021, a hamstring issue ruled him out March’s matches. 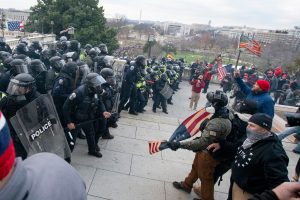