Stepping out centre-stage onto a scenery of palm trees and glistening lights, the audience could have easily been partying at a DJ set at an Ibiza poolside. But this was the just beginning of Craig David’s entertaining Hold That Thought show at Manchester’s mammoth AO Arena.

A crowd of adoring fans watched on as the singer, whose career has spanned an impressive two decades, performed a catalog of his greatest hits on Saturday night. A mix of generations turned out in their thousands-it’s no surprise that he has such wide appeal, as more than twenty years on from his first album, released in 2000, David has most certainly still got it.

In what felt like a re-rewind to the pre-millennium world, he churned out performances to the likes of anthems Seven Days – which heard the arena break out into the hugest roar – Fill Me In and Giving up On You. His vocals from him were extremely slick and polished with vocal runs quite like no other while the production, especially for a huge arena, was epic.

It’s clear why the now 40-year-old performer can still sell out arenas across the UK, more than two decades on since Born To Do It, his debut album, became the fastest-selling debut album by a British male solo act in UK Chart history. He is a characterful performer and between songs would chat to the audience of swooning fans, many kitted out in the latest Craig David merchandise.

It didn’t matter if the audience were stood gazing adoringly up from the barriers or sat up in the gods, as the two large screen displays and dramatic stage set up meant that nobody would be missing out. The garage and R ‘n’ B king kicked off his set beneath a huge moon hanging above him, standing centre-stage in a trendy sequin tracksuit, as he serenaded the audience to his most recent release My Heart’s Been Waiting for You, followed shortly by classic What’s Your Flava? and Ain’t Giving Up.

Fill Me In followed, and was certainly a favourite, met with rapturous applause and crowds filling in every word. He proceeded to perform a remarkable catalog of hits – all before completely transitioning and opting to spend the rest of the show behind the decks for a truly immense DJ set, fully bringing the Ibiza vibes.

Digital screens descended as charting dance hits were blasted out to the crowd, including Flowers by Sweet Female Attitude, Whitney’s It’s Not Right But It’s Okay and Robin S’ Show Me Love in which he was joined by his two exceptional backing singers who provided layers of vocals throughout the concert, which spanned an impressive two hours.

With David raving behind the decks, mic and headphones in hand, It was an appreciated change of pace, and a way to end the show on a major adrenaline high. The atmosphere was infectious throughout and it was near impossible to not get out of your seat and sing along with him.

See also  Glasgow Warriors report: Stuart Hogg may be back in Glasgow fans' good books and why Townsend's selection could help 1872 Cup bid

In his own words, a ‘chill’ on Sunday was most definitely needed after hours of grooving and singing to many of his iconic nostalgic throwbacks. With his steadfast talent and a sound that has consistently matched ever-evolving musical trends, David showed what it truly means to stand the test of time. 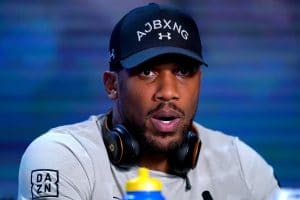