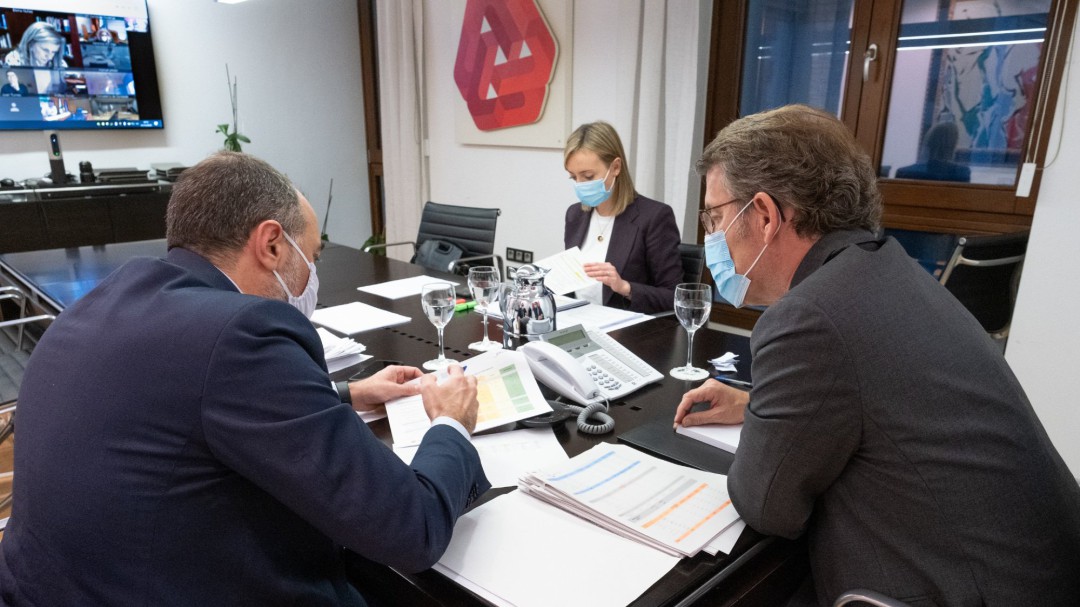 Pubs and nightclubs may open in Galicia until 03:00 am on New Year’s Eve, although those businesses that decide to operate throughout the weekend (between this Thursday 30th and Sunday January 2nd) will be left out of a package of financial aid articulated by the Xunta that will be distributed according to the size of the premises.

The device for nightlife has been agreed in a meeting held for more than three hours between the first vice president of the Xunta, Alfonso Rueda; the councilor for Health, Julio García Comesaña, and representatives of various groups and associations in the Galician pub and nightclub sector.

In this way, the premises will be able to open during New Year’s Eve at most until 03.00 hours. Those businesses that decide to lower the blind between this Thursday the 30th and Sunday the 2nd of January will be able to opt for a package of economic compensation ranging from 2,500 to 45,000 euros depending on the size of the establishment.

Thus, the Galician Government has decided to extend the hours initially announced for nightlife for the next few weeks. They will operate until 03.00 hours, when the intention of the Xunta was for them to do so until 02.00 hours.

As for the cavalcades of kings, the Galician government recommends that you bet on static models, instead of traditional routes. The mayor of A Coruña, Inés Rey, was shown days ago against static parades because she understands that the greater concentration of people in the same area implies a greater risk of contagion.

These are some of the measures announced by the Xunta to try to stop the advance of the coronavirus pandemic.

The Regional Minister of Health, Julio García Comesaña, explained that it is about shielding hospitals and health centers to avoid saturations that affect public health.

A paradigmatic case is found in A Laracha. In this small town in just one week the number of active cases has increased by 136. So much so that the Council has decided to suspend all activities related to Christmas.

In Betanzos, the City Council has decided to suspend the Three Kings parade. Instead, organize a reception at O ​​Carregal.

The coronavirus pandemic is already close to 5,000 active cases in the health area of ​​A Coruña and Cee, with 577 new infections confirmed in the last hours, as reflected in the balance of the Servizo Galego de Saúde. The number of people admitted to hospitals also increases, there are a total of 56. Six of them are in the Intensive Care Unit.

As for vaccinations, the health area of ​​A Coruña has summoned more than 6,000 people between 40 and 49 for the third dose for today.