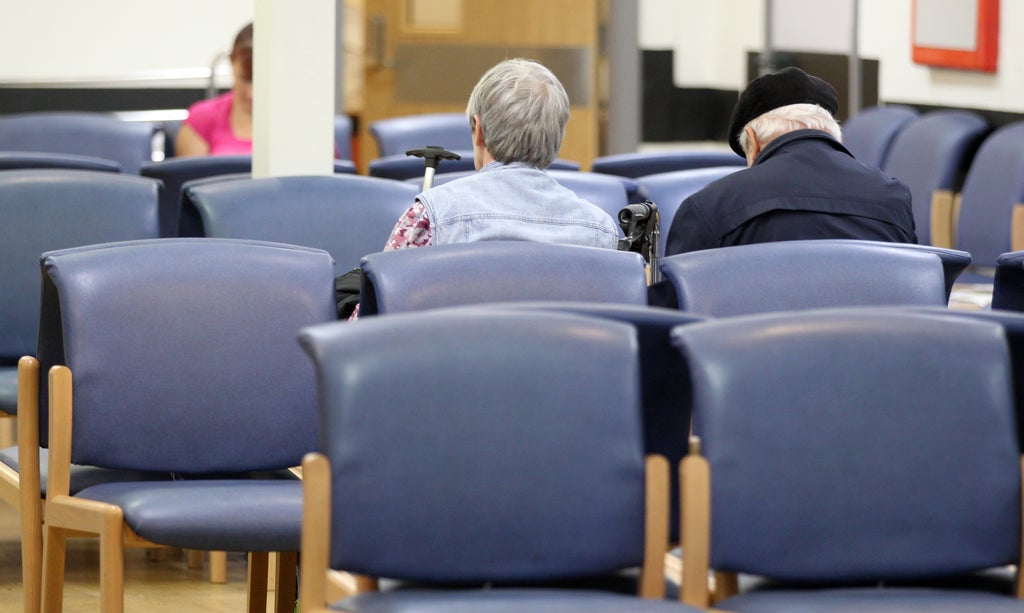 The Minister for Health has launched a plan to slash hospital waiting lists to their lowest level in five years.

There are almost 850,000 people waiting to be seen for an inpatient or day treatment.

Of those people, 720,000 are on the ‘active waiting list’, meaning they are still waiting for a scheduled appointment or procedure.

Mr Donnelly said projections show that over 1.5 million patients will be added to the active waiting lists this year, as many people stayed away from the health service during the pandemic.

“I have met and spoken with a lot of patients and a lot of families, and one of the main issues they raise with me is the amount of time they are waiting for care,” Mr Donnelly said.

“It could boys and girls waiting for spinal surgery, for scoliosis, it could be someone in their 60s or 70s who is waiting for a hip or knee operation. It could be people right across the country, waiting for cataract operations, for ENT surgery, or just to see a consultant.

“The wait causes enormous anxiety. A lot of the time patients are waiting in pain and while they are waiting they are getting sicker, or their condition is deteriorating.

“In Ireland today too many people are waiting too long for health care. We are building up capacity in the public health service has quickly as possible.

“Hundreds of thousands of people need quick access to care and that is what this plan is about. It’s about getting care as quickly as possible for the men, women and children who are waiting for care today.”

He said the plan details how the health department, the HSE and the National Treatment Purchase Fund (NTPF) will introduce measures for people who have been waiting longer than six months for an appointment.

“By the end of this year, we aim to have provided treatment for the vast majority of the 75,000 people who are currently waiting for an inpatient or day case procedure,” Mr Donnelly said.

“These measures will make a huge difference but they won’t be enough, particularly in light of the significant predicted backlog in demand for health services following the pandemic.

“We know that a lot of people stayed away from the health service during the worst of Covid-19 and they didn’t come forward for care. We want these people to come forward and when they do there will be a very significant additional pressure on the public health services.

“Without this plan, it is estimated that the number of people on the active waiting lists would increase from 720,000 to well in excess of one million people by the end of the year.”

However, the department also acknowledged that there are “significant risks, assumptions, and dependencies” to achieve its targets.

In its report, department officials said: “Specifically, in 2022 there is uncertainty in relation to the number of people who will be added to active waiting lists following reduced referrals throughout the pandemic and the capacity within the public and private sectors.”

Mr Donnelly said that if the plan works it will provide additional care for a significant number of people and will make “inroads” on the current waiting list.

Liam Sloyan, chief executive of the National Treatment Purchase Fund (NTPF), said the reliance on the private sector to help alleviate the waiting list will “come through in the implementation”.

“We will be very focused on funding additional care in public hospitals where we can, and also in getting available capacity from the private sector,” Mr Sloyan said.

“In recent years, the NTPF fund has been about 50/50 in terms of funding provided in the private and public sector for care of patients.

“Throughout the year we will be taking the best action for the patients regardless of whether it’s the private or public system.

“The ambition is to get as many patients treated and to get value for money for the State.

“I think both the private sector and the public sector will receive significant funding more than they ever have.”

The Irish Hospital Consultants Association hit out at the plan, saying it fails to address the “fundamental issue of the overwhelming shortage” of consultants, acute hospital beds, theater and other frontline resources.

“We were not consulted in the formulation of this plan so are only seeing it today for the first time,” it said in a statement.

“It comes at a time when there is a real credibility issue in our health system.

“That official health policy now provides for patient wait times of up to a year for a procedure and 18 months for initial assessment reflects the scale of the crisis we are now in.

“Almost 900,000 people are currently on a waiting list with 245,000 of these people waiting over a year for either a procedure or to see a hospital consultant.

“They are waiting for the primary reasons that we have a massive shortage of the hospital consultants, beds and theater facilities required to assess and treat patients in a timely manner.

“There is no detail in the plan on sustainable additional capacity to meet these latest targets.

“The 45 actions listed in the plan don’t address the fundamental issue of the overwhelming shortage of consultants, acute hospital beds, theater and other frontline resources.

“Indications that as much as 25% of care will be outsourced to the private system is questionable given it is unclear that such capacity even exists at this point.

“There are currently over 700 permanent hospital consultant posts vacant or not filled as needed.

“Talks on a new consultant contract have stalled with no engagement since last December. There has been no effort in the interim by the State to agree an independent chair with the representative organizations to oversee the process.

“Such realities undermine the credibility of this plan as a sustainable solution to the problem of growing waiting lists.”