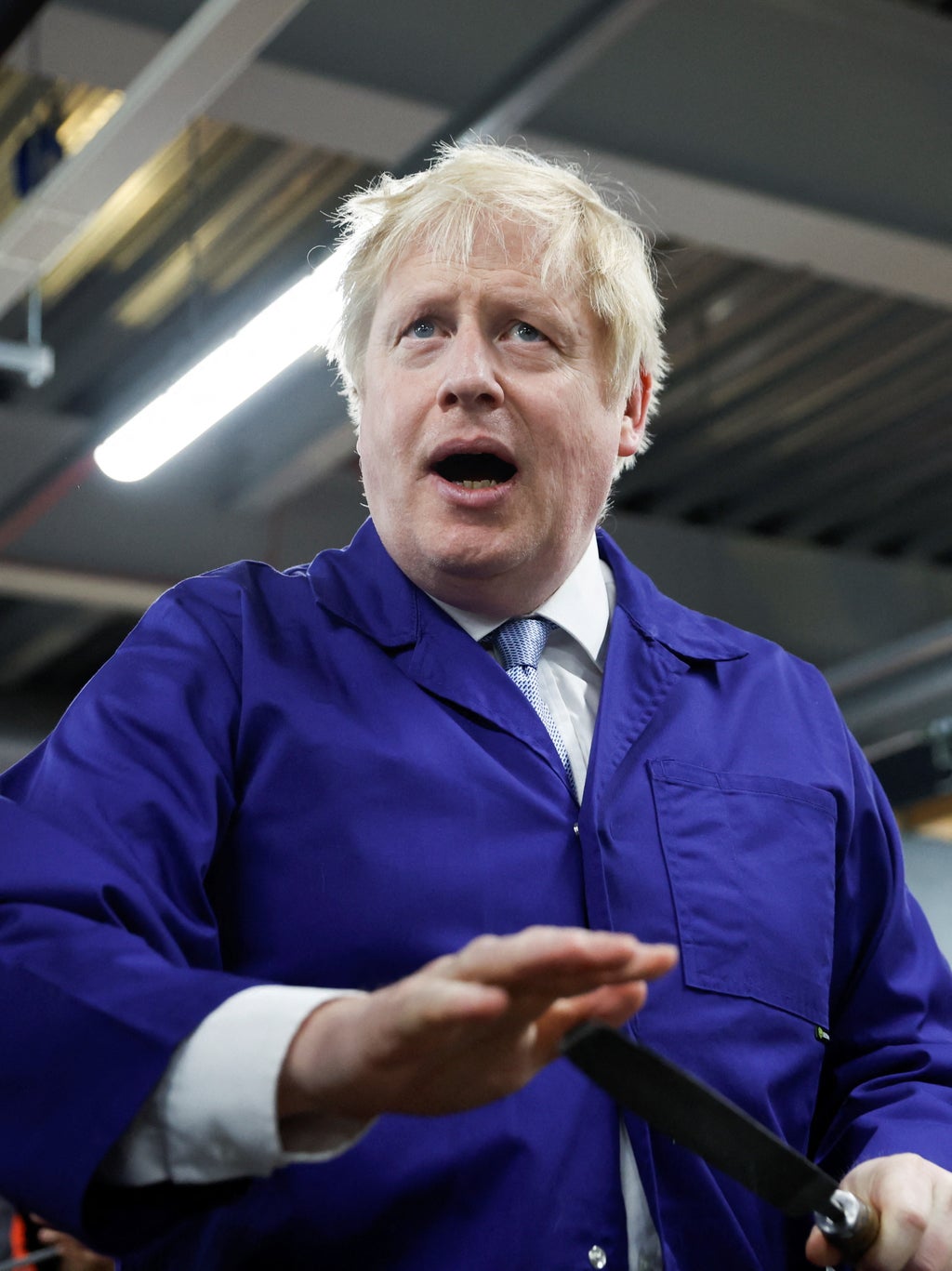 Two other Conservative MPs called for Boris Johnson to resign on Friday.

Nick Gibb and Aaron Bell said they had submitted letters of no confidence to the Prime Minister, bringing the total number of MPs now calling for the Prime Minister to go to 15, although not all formally communicated this to the Chairman of the 1922 Committee. Sir Graham Brady.

A vote of confidence will be triggered if Sir Graham receives letters from 54 MPs, 15% of the parliamentary party, requesting a vote.

Here is a list of those who have said the prime minister should resign:

Writing in The Telegraph, Gibb, MP for Bognor Regis and Littlehampton, said his constituents were “furious at double standards” and said the prime minister had been “inaccurate” in remarks to the House of Commons.

The former Education Minister said he had submitted his letter of no confidence, adding: “To restore confidence, we need to change the Prime Minister.”

The 2019 Red Wall MP has publicly stated that he has submitted a letter asking for a vote of no confidence in his leader.

In a statement, he said: “The breach of trust represented by the events at 10 Downing Street, and the way they have been handled, makes his position untenable.”

In an emotional question in the House of Commons on Monday after the release of Sue Gray’s report on lockdown parties, Bell asked Johnson if he thought he was a “fool” for following Covid restrictions at the funeral of her grandmother.

The political veteran told the PA news agency that the Conservative Party leader was a “walking dead man” politically after he apologized for attending a “bring your own drink” meeting in the garden of Number 10 during the England’s first closure.

The MP for North Thanet said he had submitted a letter of censure more than 18 months ago to Sir Graham Brady, chairman of the 1922 committee, after details emerged of a trip to Barnard Castle by Johnson’s former senior adviser Dominic Cummings, in 2020. .

The leader of the Scottish Conservatives said Johnson’s position was “untenable” after the premier admitted to attending BYOB garden drinks on May 20, 2020.

Ross, who is believed to have sent a letter to the 1922 Committee, said last month that he felt admission meant he “could not continue” as head of the UK government.

The Brexiteer wrote in an article for the Daily Telegraph on January 13 that Johnson presided over a “moral vacuum at the heart of our Government” and asked him to “go now with some semblance of grace”.

The North West Leicestershire MP said he was “with great regret” at having tabled a letter of censure.

Confirming that he had sent a letter to Sir Graham, the MP for Waveney tweeted on February 1: “After much soul-searching, I have come to the conclusion that the Prime Minister must resign.”

Aldous said he had “never taken such a step before” but believed it was “in the best interest of the country” for a change at the top.

The chairman of the Defense Select Committee said the prime minister had lost his support and urged him to “call a vote of confidence rather than wait for the inevitable 54 letters to finally be tabled”.

Telling Sky News that it was “horrible” that MPs had to defend partygate, he confirmed on February 2 that he had submitted his letter to the 1922 Committee.

The Totnes MP, who entered Parliament in 2019, criticized Johnson’s “actions and falsehoods” in a social media post, as he confirmed that he had joined his colleagues in calling for a no-confidence vote.

He tweeted: “Standards in public life are important. Right now I can no longer support the prime minister.”

In a Facebook post, Sir Gary said he had formally asked for a “motion of no confidence in the Prime Minister”.

The South West Devon MP said: “I cannot reconcile the pain and sacrifice of the vast majority of the British public during lockdown with the attitude and activities of those who work in Downing Street.”

The Hazel Grove MP has not said publicly if he has tabled a letter.

The former immigration minister told ITV’s Peston on January 12: “Sadly he looks like a drag and I think either he leaves now or he leaves in three years’ time for the general election.”

He has also not confirmed whether or not he has contacted Sir Graham.

The former children’s minister told constituents in a Facebook post on January 15 that he had “sadly concluded that Boris Johnson’s position is now untenable.”

It is unclear if he has submitted a letter of censure.

The former Brexit secretary confronted Mr Johnson in Prime Minister’s Questions on January 19, telling his party leader: “You’ve been sitting here too long for the good you’ve been doing. In the name of God, go.

However, Davis later said that he wanted to wait for more details of Sue Gray’s report of the alleged rules violation to emerge before sending a letter of censure.

When asked on LBC if he had made a performance as of January 31, he replied, “No, not yet.”

Speaking after Mr. Johnson’s statement to the House of Commons following the release of the Grey’s investigation update on January 31, the former cabinet minister told the 10th incumbent that “he no longer has my support”.

He has not said if he has contacted Sir Graham.

The deputy chairman of the 1922 Committee told Channel 4 News on February 1 that he would “applaud” Johnson if he decided to stand down, but said it was “his decision”.

It was not clear if this meant that he had submitted a formal letter.

See also  Emmett Till: The United States Permanently Closes the Case of the Brutal Murder of a Black Teen in 1955 | International