In just a few days, a major reform of the Highway Code will come into force and, with it, several key changes that will affect drivers, cyclists and pedestrians.

The Department for Transport is introducing a new ‘road user hierarchy’ from Saturday 29th January.

It’s up to drivers to familiarize themselves with the new rules by the weekend or else face fines and points on their licences, The Mirror reported.

The update will put into effect rules that protect pedestrians and bicyclists on highways and at intersections, including a new way to open car doors that is safer for bicyclists.

Motorists have been put on alert to review the new guidelines that fall into three categories, all with a focus on making the roads safer for non-drivers.

This is what you need to know…

What are the new rules of the 2022 Highway Code?

The Hierarchy of Road Users is the primary focus of the Highway Code 2022 rule update and the concept is centered around protecting those most at risk if a road collision occurs.

Pedestrians have been identified as the most vulnerable group, so their place is at the top of the new structure.

The Highway Code states that cyclists, riders and motorcyclists are also part of this group. It also highlights that “children, the elderly and people with disabilities are at greater risk.”

Thus, the new hierarchical structure will shift road users, who have the ability to cause the most damage during crashes, to bear the “greatest responsibility” for keeping other road users safe.

Did you know that you can stay up to date with the latest news by subscribing to our daily newsletter?

We send out a morning and lunchtime newsletter covering the latest headlines every day.

See also  Is the omicron variant of the coronavirus weaker than the original virus? | Science

We also send out coronavirus updates at 5:00 pm Monday through Friday and a roundup of the week’s must-read stories on Sunday afternoons.

You can enter your email address in the signup box above, hit Subscribe, and we’ll do the rest.

In particular, the guidelines state that drivers of a selection of vehicles will face the most scrutiny on the roads.

It states: “This principle applies most strongly to drivers of large freight and passenger vehicles, vans/minibuses, cars/taxis, and motorcycles.”

A spokesperson for the Department for Transport told The Mirror: “The Department has set up a working group of key organizations to ensure messages about the changes are as widespread as possible.

“And our well-established THINK! campaign will continue to ensure that all road users are aware when these changes come into effect and beyond.”

The 2022 Highway Code update states that drivers, cyclists, motorcyclists, horse-drawn vehicles and horse riders must now yield to pedestrians crossing or waiting to cross the street, at junctions you turn into or from junctions. which rotates

Previously, vehicles and cyclists had priority at junctions, but the rules now mean this is no longer the case.

Pedestrians still have priority at zebra crossings and vehicles must yield to cyclists and pedestrians at parallel crossings.

Bicyclists and drivers must also yield to pedestrians at signal-controlled crossings when the green signal appears.

From giving way at roundabouts to overtaking cyclists, a number of rules have been changed to improve cyclist safety as part of the restructuring hierarchy.

Drivers across the UK are now advised not to meet cyclists, horse riders or horse-drawn vehicles when entering or exiting junctions, or when changing lanes.

In a major reshuffling of the rules, the 2022 guideline also means drivers must now give cyclists priority at roundabouts under Rule 186.

Now it says: “You must give priority to cyclists on the roundabout. They will travel more slowly than motorized traffic.”

“Give them plenty of room and don’t try to pass them within their lane. Allow them to cross your path as they travel around the roundabout.”

However, bicyclists should stay in the left lane while signaling to the right to ensure they alert drivers if they are not exiting the roundabout at the next turn.

While previous guidance stated that drivers should give bicyclists “as much room as possible” when overtaking, Rule 163 has now been updated.

The guidance now reads as follows: “Allow at least 1.5 meters when passing cyclists at speeds up to 30 mph.

“Give them more room when overtaking at higher speeds.”

When it comes to horseback riders and horse-drawn vehicles, drivers must now not exceed speeds of 10 mph and there must be at least two meters of space.

Drivers must also leave a minimum of two meters of space when passing a pedestrian who is walking on the road.

Cyclist positioning on the road

Bicyclists can now ride in the middle of a lane to make themselves as visible as possible.

However, they should move to the left of the lane if it is safe and the following applies:

Rule 72, which previously advised bicyclists to be on the lookout for left-turning vehicles, has now become Rule 74.

The rule requires bicyclists to be aware of other bicyclists or motorcyclists around them before signaling. They are also encouraged to avoid riding inside vehicles that slow down to turn left or indicate that they are turning left.

The new guidance adds: “If you’re turning right, check traffic to make sure it’s safe, then signal and move to the center of the road.

This amendment also highlights the importance of the H2 rule and says that bicyclists must yield to pedestrians who are crossing or waiting to cross now.

A new addition to Rule 239 is a new guide to opening your car door in a way that allows you to check for other people, highlighted in the new hierarchy, who may be passing by.

The update says: “When you are able to do so, you should open the door with your hand on the opposite side of the door you are opening.

“For example, use your left hand to open a door on your right side. This will cause you to turn your head to look over your shoulder.”

Car passengers are also instructed to look around, using their mirrors, before opening their vehicle door. 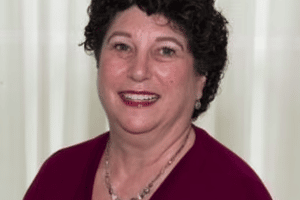 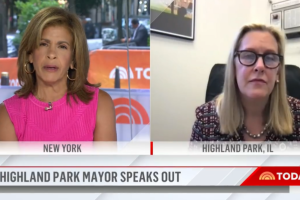 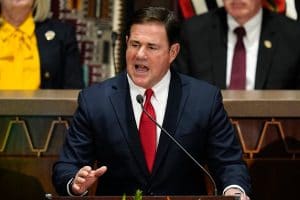