The sounds of Manchester have long inspired the masses.

We’re the city that has produced The Smiths, New Order, Oasis, and now…Beetham Tower screaming?

Yes, you read that right. The city center landmark has become well-known to residents for its eerie howls in high winds which were first reported in 2006.

READ MORE: The Manchester spots that will never win a Michelin star but are still a must

But a sound that some have described as “causing distress” is music to the ears of others, with several artists from near and far choosing to sample the strange noise in their music.

Perhaps the most famous, though little-known, use of the sound, was in 2017 by American rock band Paramore. 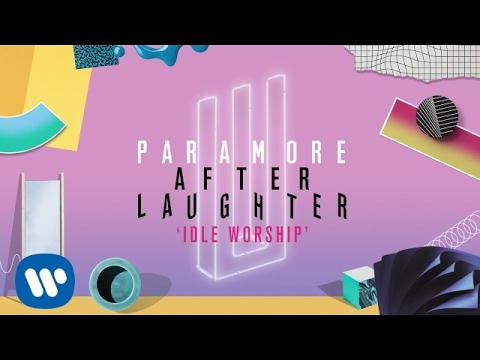 “In the UK there’s this building and I can’t remember which city but there’s this skyscraper that has got this metal grate on top of it, and when the wind blows super loud it makes this crazy loud howling noise, and that’s the noise in ‘Idle Worship’,” York told Lowe.

And in 2016, Mancunian DJ Darius Syrossian released ‘Beetham Tower’, a track that builds Beetham’s wails into a house mix.

Beetham Tower, situated on Deansgate and home to the Hilton hotel, was not supposed to make a noise in high winds.

The moaning is due to the glass fins at the top of the skyscraper, which hum when strong winds move across them.

Work has taken place to try and eradicate the noise, but nothing has been successful so far.

In the meantime, musicians continue to be inspired…

Harry Critchley, a 26-year-old composer from Warrington, is one of the many who has been inspired by Beetham’s mournful howls.

He recently made his own track featuring the sound, which received a huge reaction after he posted it on Reddit.

Critchley told the Manchester Evening News he first saw a video of Beetham’s screams on a subreddit called r/Buildings.

“In my mind it sounded like a drum and bass bass, so I thought that’s great, I can use that, put it into a song,” he said.

“It sounds almost ethereal, quite alien, a little bit sinister almost. I thought I’ll mix that up, put some almost pop with it to give it a real contrast and see what happens!”

Critchley didn’t think of his mix as a serious track – “I thought it would be a meme song!” he confessed – but that didn’t stop people on Reddit from loving it.

His post has triggered a response on the website, with users pointing out other artists who found similar inspiration in the sound.

“I didn’t know that people had sampled that exact building, but I know people sampled some weird stuff,” he said.

“It is interesting to see all the different ideas that have come out of something that’s not even inherently musical.”

The track has been so popular among listeners, Critchley said he plans to go on and finish the song – and that’s not all.

Commenters have even asked if he might make a collection of tracks centered around Manchester sounds – something he says he’d like to do in the future.

“Now that this one has come together well I think I’d like to finish this one and then hopefully do a little EP of Manchester sounds turned into songs!

“I think that would be quite interesting, and also a bit of a challenge, which is what I like to keep pushing myself forwards.”