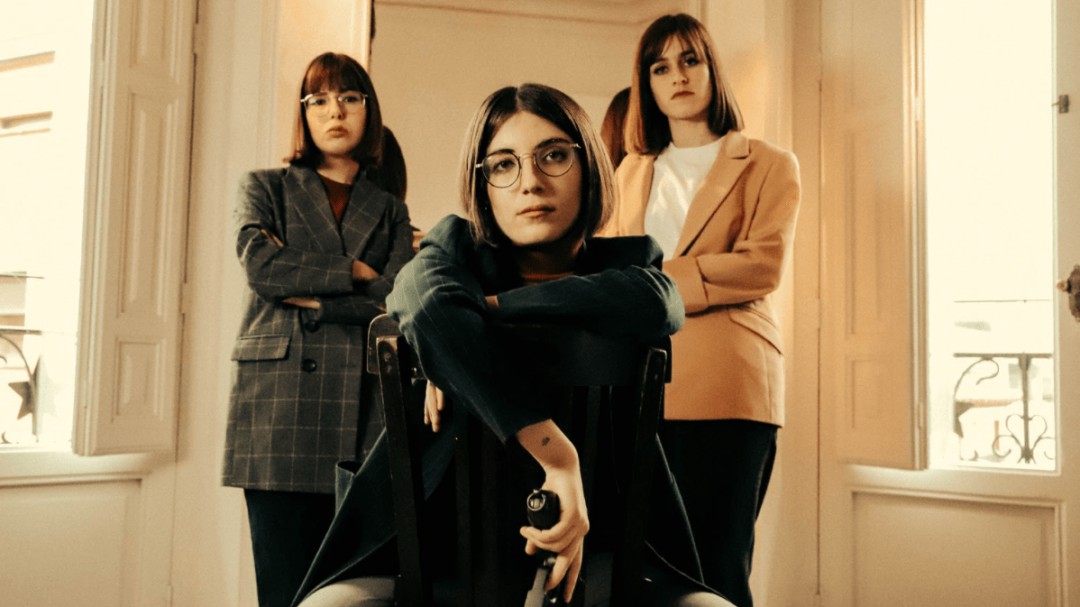 The band Cariño premieres ‘If you want’. A theme that takes a tour of that nostalgia we’re feeling lately through the eternal question of “what if”. One of those “what if” What they ask is “And if you come home / And we listen to my records / And you stay for a while / And Sunday comes to us.” Something that has not been lost and we continue to do generation after generation.

Cariño is a band that was born from Tinder, where two of them met and since love did not work, they threw themselves into this music thing. A genre that they define as Neighborhood pop for the bajona. With clear influences from La Casa Azul or Los Fresones Rebeldes, the Cariño are back after two years with this first preview of what will be his new album.

La Molinera is one of the 8 songs that make up this ‘Cancionero Burgalés’, album inspired by the popular repertoire of their land. The lyrics have been taken from the popular songbooks of Federico Olmeda and Antonio José. Although this particular topic also includes a few Machado’s verses. Those who say “Neither with you nor without you / My evil has no remedy / With you because you kill me / And without you because I die”. A poem that became popular thanks to the song of Emilio José.

The mythical theme Jesus Christ García de Extremoduro as you have never heard it before. This is what the band does No Reply with music, take something as recognizable as this song and transform it until it looks brand new. With traces of Swing, Wild Swing as they call it, Rock and even Indie make the versions complete songs.

Politically Correct is the first EP of the three that will make up the third album by the Madrid band. 11 versions and 4 songs own that will be presenting the March 19 and 20 at the Sol de Madrid room.

The malagueño Sarria presents ‘A tu vera’, a song that mixes the rock airs of the 70s with Soul and that gives a glimpse of the Andalusian roots of its author. It’s a song for celebrate friendship and love which is part of the EP ‘Canto Breve’.

One of the voices that has stood out during this year has been that of Help, ‘What I do’ is the second preview of what will be his new album. He goes from the acoustic, intimate format of his first single to this sound that mixes between R&B and soul and shows how well your voice fits in the different registers musicals. In fact, she has inflections in her voice that can sometimes be reminiscent of Amy Winehouse’s. In a tone between melancholic and revengeful, this song talks about hypocrisy in relationships and about the need that some have to want to assume the success of others without a real and radical knowledge of what lies behind.

‘I miss you a lot’ is a somewhat song mystical, but very danceable for which they have come together Melifluo y Sidonie. A song that arises from the friendship between both bands. Precisely because they share the idea that you have to flee from the conventional to investigate new sounds, far from what people may think for both good and bad. And nothing is going wrong for them.

See also  The difficulty of dying without religion: the Church has appropriated almost half of the Spanish cemeteries | To live | Great Reports

The indie-pop ‘Static’ of Landon Conrath, who has used upbeat music to tackle lyrics that are truly full of pain. He talks about trying to convince himself that his ex was not the person for him. Delve into one of the most difficult duels when a relationship ends: putting yourself and your feelings first. And put aside memories to be able to generate new ones. And what better way to do it than with a song.

The week is also full of concerts. Also in almost all cities: On the 21st in the Veintiuno room in Huesca there will be Carlos Sadness. Beret will play at the Arena de Navarra on the 22nd. On December 26, Quique González will be in Donostia at the Victoria Eugenia Antzokia Theater, India Martínez at the Alicante Provincial Council Auditorium and Pasión Vega will be in La Rioja Forum.

As Christmas concerts we highlight two: Ángel Stanich who will be in Burgos in the Andén 56 room and the Navirock by Los Fesser in the Galileo room in Madrid.