Skip to content
Home News From national hero to has-been, how Imran Khan fell so far from favor in Pakistan 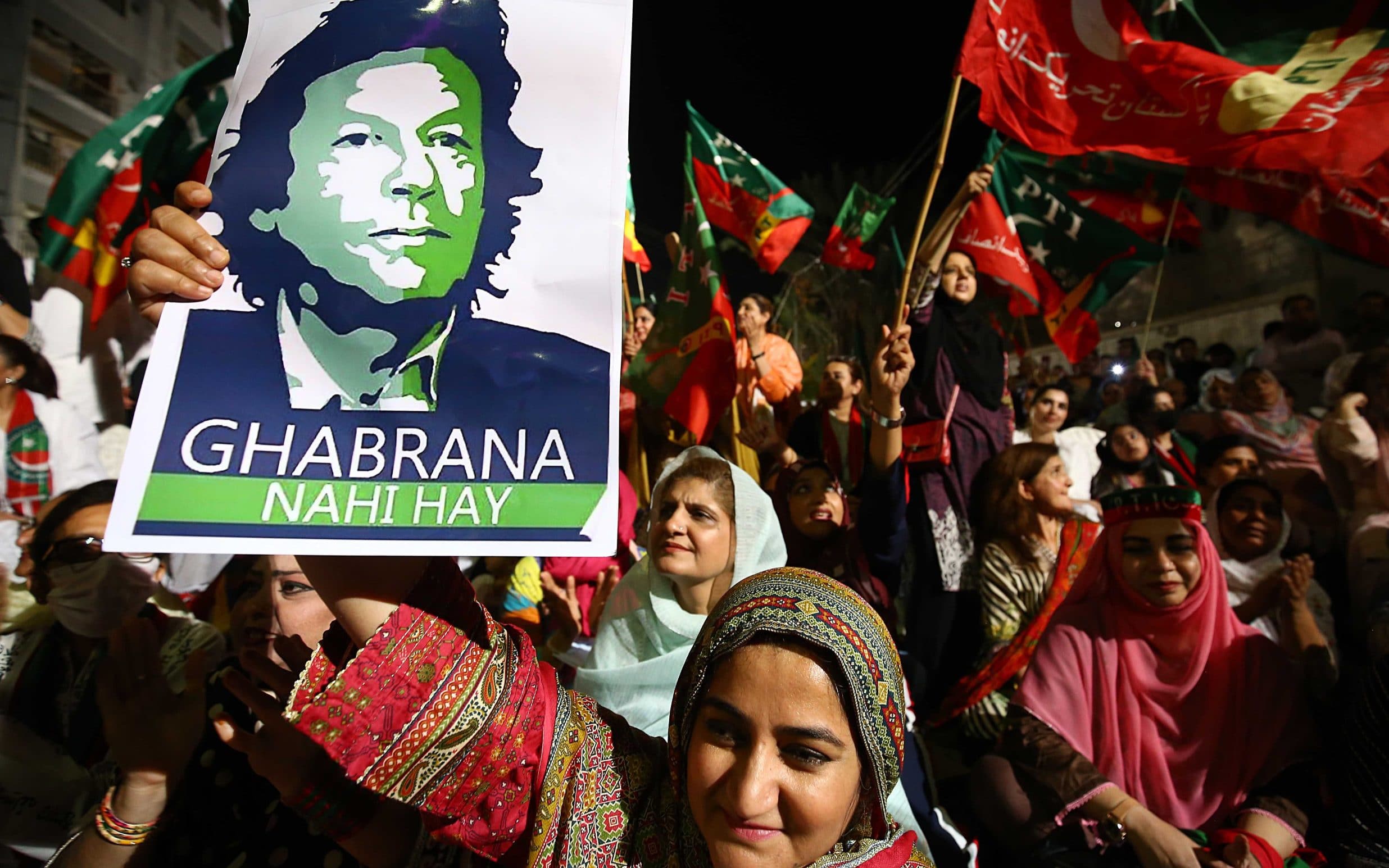 Four years after his Pakistan Tehreek-e-Insaf (PTI) party was elected, he stands on the brink of being pitched back into opposition. Snowballing political defections have seen him haemorrhage parliamentary numbers. Political wheeling and dealing will continue to the end, but the desertion of a minor party coalition late last week was predicted by many to seal his fate.

As his situation has become more parlous, the prime minister has whipped up his supporters with allegations he is being ousted as part of a conspiracy by America and others. He says Washington is angered by Pakistan’s insistence on forging an independent foreign policy. Washington says the allegations are baseless.

With the political temperature rising, Mr Khan even suggested he might be assassinated, and has said Sunday’s ballot will be a defining moment in the country’s history.

The prime minister said on Friday there was a threat to his life because those wanting to topple him were “scared knowing that even if he is you, the public will continue to support him”.

“I am saying this openly that there is a threat to my life,” he said.

His political opponents for their part have also suggested their lives might be at risk, from Mr Khan’s supporters.

In the satellite town neighborhood of Rawalpindi on Friday afternoon there were plenty of signs that Mr Khan’s stratagem to blame a foreign conspiracy may take root among his supporters. The area voted for the former cricketer in 2018 and support is still evident.

Mohammad Urfan, selling handbags, said: “You can’t doubt his honesty and his political passion. What I believe is that whenever we have a true leader, internal and external factors join forces to undermine him.”

But there were also signs of the difficulties that have brought Mr Khan close to defeat.

The 69-year-old took power after a long climb through the political wilderness, promising a new Pakistan where he would evict the corrupt elite and build an Islamic welfare state for the poor.

He has managed to bolster a social safety net and bring in free healthcare insurance for many, but his tenure has also been marked by painful price hikes. Inflation is nudging 13 per cent, with food and utilities rising particularly sharply.

Some traders said they had seen business fall off by three-quarters or more under Mr Khan’s premiership. The rupee is falling. Many business leaders blame economic mismanagement and it has become a rallying cry against him.

Mr Khan’s uncompromising determination to drag his opponents though anti-corruption courts has also dominated his agenda. It has left him unable to build bridges with the opposition, even as he has tried to defend a slim majority.

Farzana Shaikh, of the Chatham House think tank, said: “If you are struggling with numbers all the time to get anything done and then on top of that to antagonize other parties in parliament, it becomes a very, very tough job and I think he’s paying the price for that.”

Yet many believe if Mr Khan’s downfall does come, a major reason will be the same one that has undermined several previous ousted governments: he has fallen foul of the country’s military leadership.

The country’s generals deny meddling in politics, but have long been accused of using formidable behind-the-scenes clout to prop up favorites or undermine those they dislike. The army has ruled directly for long stages of the country’s history since independence.

“The army is the political mastermind of this country since 1947,” reckons Luqman Ehsan, a shopkeeper selling baby wares. “They protect the country, but they also gain from it. They only want to hear yes from politicians and it seems Imran Khan said no. That’s why he’s having bad times.

Mr Khan came to power accused by the opposition of being the military’s favored candidate and for years his relations with them seemed unusually harmonious.

Many believe the break came when Mr Khan attempted to keep the powerful military spy chief in post in October, when the head of the army, Gen Qamar Javed Bajwa, wanted to move him on. The suspicion that Mr Khan might be cultivating senior allies and interfering in the army’s line of succession was too much for Gen Bajwa, many analysts believe. The issue was deadlocked for weeks until Mr Khan gave way.

Mr Khan’s intemperate denouncing of the West and his reputation for economic mismanagement may also have begun to alarm the generals backing him.