Skip to content
Home News From Montserrat Caballé to Justino: these have been the Christmas Lottery announcements in recent years | Society 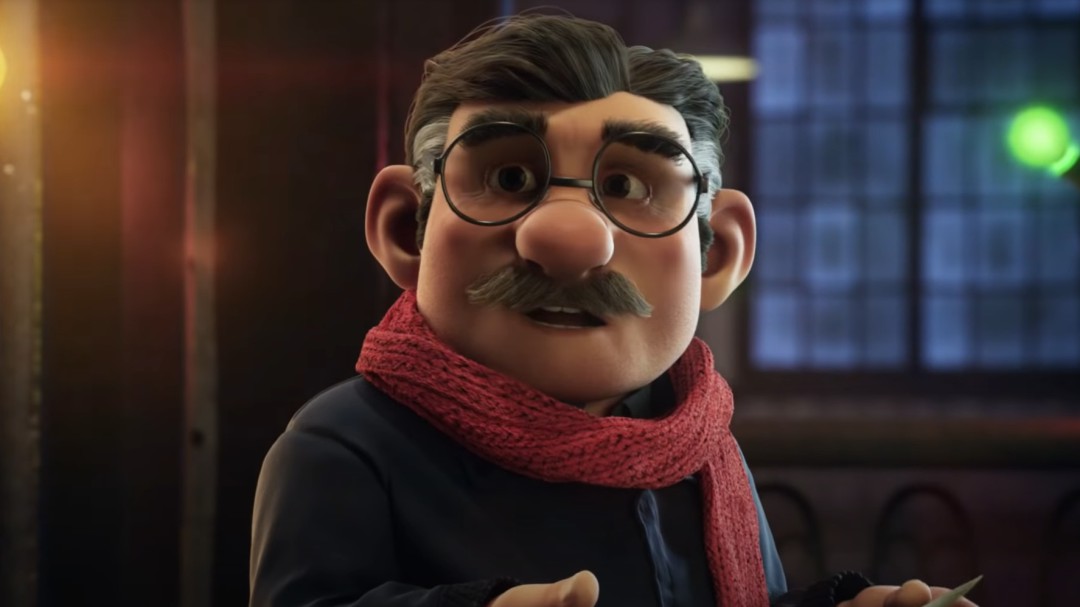 Loterías y Apuestas del Estado has published this Thursday the announcement of the Extraordinary Draw of the Christmas Lottery of 2021. An event highly anticipated by many through which the company reminds Spanish society of the proximity of the draw in which will distribute 2,408 million euros in prizes through stories that touch the heart. On this occasion, those responsible for the announcement have told the story of the chain of mysterious tenths. An advertisement that begins with a man consulting the mail that has reached his mailbox until he finds an envelope with a tenth of the extraordinary Christmas raffle inside.

In this way they start a chain through which all the inhabitants of the town receive their own number. From the pharmacist to those in charge of the theater. A chain that draws the attention of the media, who speaks of the phenomenon as the chain of mysterious tenths that floods the town. A tenth that ends up playing in the town and causing general ecstasy: “We share our luck with whom we share life.” Do you remember the ads from previous years?

Under the motto The draw that unites us, Lotteries and Gambling of the state makes a retrospective in the history of its tenth and its meaning. All this through a series of personal stories that lead to the current pandemic. From a father who gives his son a ticket before leaving home to a couple who buy a share with the illusion that it will play or a man who works abroad who receives one of these tickets.

A series of events that lead us to the current situation, in which a young woman finds an envelope upon entering the house. Inside, a tenth of his neighbor, who wants to thank him for his help during the pandemic months: “This year there have been times when I have been afraid, but thanks to you I have not felt alone.”

Last year, Loterías y Apuestas del Estado shared a series of four ads under the slogan ‘When you share a tenth you share much more’. Four situations, carried out by anonymous people, in which those of us who are responsible face different realities. In the first of them, ex-wife and ex-father-in-law share an emotional conversation through which they remember the past. A conversation that ends with the man offering him a tenth of the lottery, as usual: “Even if you are no longer my son’s wife, you are still part of the family for me.”

In a second, Emilio decides to spend his first day as a retiree at his company. It is then that Gloria, her daughter, enters the scene, and reminds her that she no longer has to go back to work since she is in charge of the company and has it under control. In fact, and in order to prove it, Gloria explains that she already has the Lottery number for the employees. A number that coincides with the date on which the company was inaugurated, “40 years ago.”

In the third, Ramón acknowledges that it is difficult for him to accept José, his daughter’s current partner. So much so that he is reluctant to give him one of the tickets he has bought for his children. However, when the young man shows up with a tenth and a wine for his in-laws, everything changes.

In the fourth and last, the guard Víctor decides to share his tenth with Carmen, a patient who does not want to buy the Lottery because she does not have much hope of recovering. As soon as she receives the tenth, Carmen explains to the orderly that she would love to travel to Japan. Therefore, and thanks to the tenth of the lottery, the protagonist of the story manages to be a little more optimistic and think about the future.

A year earlier, in 2018, the announcement of the Christmas Lottery revolved around a neighbor who won the Gordo but could not enjoy it because, the next day, he woke up hours before the famous draw. An advertisement, reminiscent of the movie The Groundhog Day, in which the protagonist of the ad was trapped on the day of the draw until he changed his attitude and decided to share his luck.

Directed by Alejandro Amenabar, this ad focused on the story of Danielle, a young alien who arrives in Madrid for Christmas, where she meets Daniel. After living a dreamy afternoon, the protagonist of the story asks the alien to spend Christmas with him. However, one day walking through the Spanish capital, Danielle gets lost and is unable to return home. It is not until El Gordo’s day, when Daniel has lost any hope of finding her, that he sees her again.

The announcement of the 2016 Christmas Lottery introduced us to Carmina, a retiree who hears her number on TV and thinks she has won the Lottery. However, it is December 21, one day before the famous draw. However, the entire town unites to keep their illusion alive: “A demonstration that the true joy of winning is sharing it with your loved ones “.

Announcement of the Christmas Lottery 2015

Justino is a security guard at a mannequin factory who, working the night shift, never matches his coworkers. Because of this, he forgets to buy the tenth of his company’s lottery, which ends up playing on December 22. However, his colleagues, who do not forget him thanks to his work with the mannequins, give him one of the tenths. An advertisement that followed the path set by the one from the previous year.

Announcement of the Christmas Lottery 2014

In 2014, Lotería y Apuestas del Estado bet on a story that begins with a neighbor who does not dare to go down to his lifelong bar to congratulate the Gordo winners. All this since, for the first time, he has not bought a single tenth. Thanks to his wife’s insistence, Antonio decides to go down to the bar and order a coffee. That’s when Manuel, who runs the bar, tells him that the coffee he has ordered costs 21 euros. Disgruntled, he asks her how she asks him for that money for a coffee and that’s when Antonio gives him an envelope and tells him that the coffee costs one euro, as always and that the Gordo’s ticket costs 20.

Announcement of the Christmas lottery 2014. / LAE

One of the most controversial ads in recent years. In order to create the new Christmas song, the promoters of the ad opted for Marta Sánchez, David Bustamante, Niña Pastori, Raphael and Montserrat Caballé to create a song that the viewer will associate with this date. However, the aesthetics did not convince the lovers of this type of advertisement, who came to assure that it was too gloomy to be related to Christmas.

In 2012 they opted for a Christmas story entitled The dream factory. A two-minute ad that shows us a series of elves who extract the dreams of each person who plays the Christmas Lottery in order to make all of them come true. All this through a tenth, which can grant up to 400,000 euros for the winner.

On this occasion, Loterías y Apuestas del Estado tells us the story of a group of boys and girls who run away from their homes to collect dreams of those people who play the Lottery. An advertisement, similar to the one that would be broadcast a year later, by means of which the organizers of the raffle reminded us that the dreams of Spanish society made the Christmas raffle come true.

After seeing each one of them, the time has come for you to choose one. What is your favorite?