Skip to content
Home News From Italy to Brazil: the voice actors of ‘La casa de papel’ explain what it is like to give voice to the great Spanish success of Netflix | TV 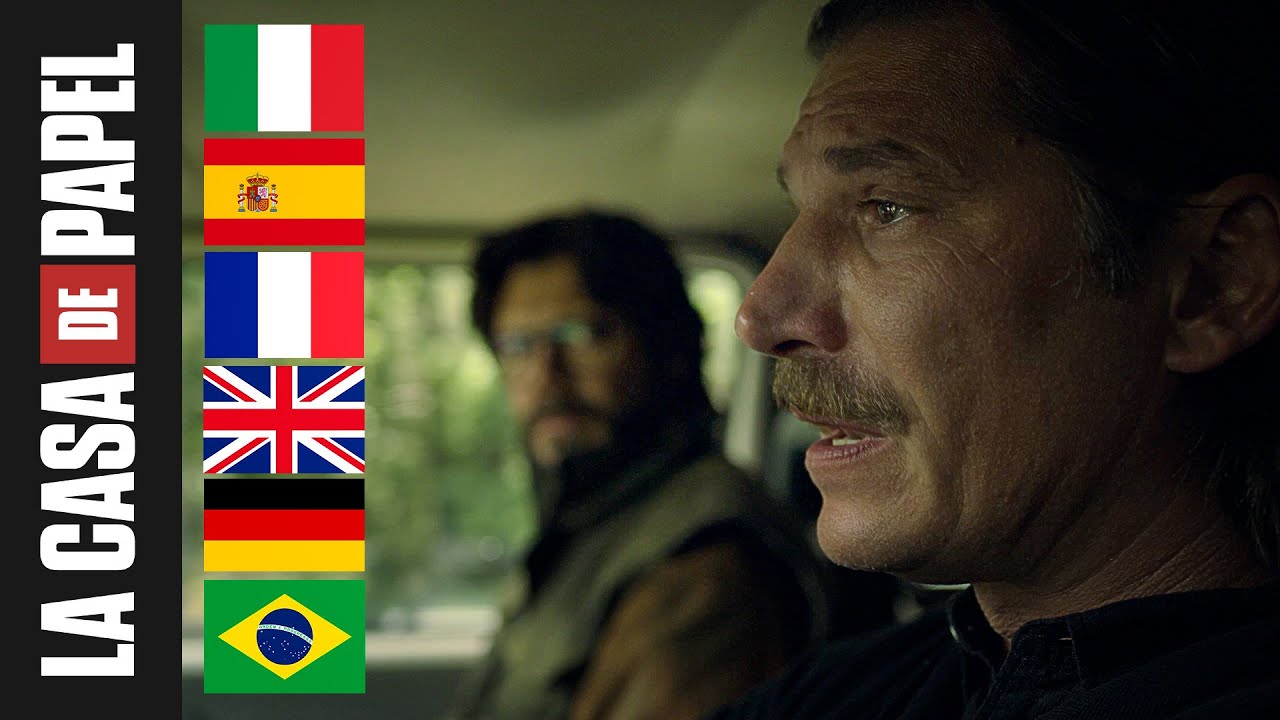 The Money Heist It has remained until its last chapters, released on December 3, as the great success of Netflix. It is by far its most viewed content in the week of November 29 to December 5, with 190 million hours of playback in its first three days of broadcast, according to company data. The series born in Atresmedia has become popular all over the planet thanks to the more than 190 countries that the US platform reaches. The interest in production abroad has generated a rare phenomenon in Spanish industry. It has been dubbed into a good number of languages, when the usual thing is for Spanish dubbing to be in charge of bringing foreign productions closer to our official languages.

Andrea Lavagnino is the Italian voice of The Professor. An admirer of the interpretive work of Álvaro Morte, who embodies the character on the screen, explains that he has prepared his work by analyzing the face of the Spaniard. “A good dubbing actor looks at your eyes, not your mouth,” he tells this newspaper from Italy, a few hours after the broadcast of the last episodes of the fiction. “Contrary to what non-experts may think, we use our own voice, trying to bring colors, nuances and emotions. When people ask me to put the voice of The Professor, I can only answer: “This is it. It’s mine!”. We are not imitators, we are interpreters ”, he assures. Viewers in his country know Álex Pina’s series as The paper house.

For Sébastien Hébrant, the sound version of The Professor in French-speaking countries, the quality of the series from its first chapters gave the voice actors excellent working material. “It was a pleasant surprise when we discovered her while recording in the studio. We were seduced by the theme, the level of its production and also the interpretation of the actors ”, he recalls from Belgium. “My character has many subtleties and that is very interesting dubbing work. He is an enigmatic man, shows fragility and shyness and at the same time is the charismatic leader of the band, capable of humor and seduction. It was necessary to find that dichotomy in the interpretation and in the voice ”.

Carla Martelli gives voice to Tokyo for Brazil. “It’s a character and a story that you empathize with from the beginning, which always makes it easier to work like this,” says the voice actress. The challenge in this case was the double role of Úrsula Corberó, because Tokio is also the narrator of the series. “I preferred to shoot the narrations first, because they have a different tone, rhythm and energy, and then the action scenes, which require more expressiveness and vocal strength,” he explains. She feels so close to the character of Corberó that at some point she has spent 20 minutes crying over some of the plots that she has had to dub, she says.

Martelli also speaks Spanish and has worked dubbing many productions in our language, such as the character of Marta Etura in the film adaptations of the Baztán trilogy, by the writer Dolores Redondo.

That The Money Heist It is an action story, and therefore very visual, and that at the same time has extensive dialogues for the characters to explain to the viewer their robbery plans is another of those dichotomies that complicates the work of the dubbing actors. “You have to make those sentences easy to understand and at the same time seduce the viewer,” says Hébrant. Its viewers, both in France and Belgium, respect the original title of the series. For them it is The Money Heist, as is the case in Brazil. In Germany, for example, it is called House of money (The house of money).

For an Italian like Lavagnino, dubbing a Spanish series is also easier than usual, due to the proximity of the two languages. Although, on the other hand, that similarity forces you to pay special attention to lip syncing. “The more the original words resemble Italian, the more a possible desynchronization will be noticed,” he says. For his Belgian colleague it is a pleasure to dub spoken content in Spanish, although the loud sound of the ‘r’ is quite a challenge when it comes to lip-syncing with the French version. “Spanish is not the easiest language to dub, but it is certainly much more so than Korean,” says Hébrant wryly, referring to the recent worldwide success of the stories from the Asian country, which have been added to his list. of projects to fold.

In Spain, the large number of on-demand content platforms has become a double-edged sword for the dubbing industry, which does not have a current agreement to defend the rights of its workers. On the one hand, these new companies increase employment opportunities by broadcasting a huge number of foreign productions. On the other, they require very short working times, to release the episodes almost at the same time as in their country of origin, thus making working conditions more precarious.

In the case of other countries, something similar happens, say their workers. “The sector faces a market that degrades the eclecticism of the individual in favor of the uniformity of the mass”, comments Lavagnino, a great admirer of the revolutionary spirit of The Money Heist. “They want our chisel work to become something of an assembly line,” he says. For his part, Hébrant points out that, although there has been a regulation in Belgium since 2008 that establishes the payments that voice actors must receive, the salary is much lower than in places like France. As an example, he puts his salary for embodying the voice of the protagonist of The Money Heist: 75 euros net per episode. “The dubbing work remains, therefore, as a complementary work to other projects such as actors,” he laments.

On the other hand, according to Carla Martellli, the profession of dubbing artist in Brazil is recognized by the public and the industry. “Professionals feel well paid and respected, although everything [convenio laboral] it can be improved ”, he defends,“ and there is always some prejudice against what we do. There are those who consider that it distorts the original material ”.

The official channel of Pape’s housel on YouTube, which has 1.74 million subscribers, explained in April 2020 in one of his videos that one of the actors in the series has been in charge of dubbing himself in several languages. Croatian actor Luka Peroš, a Marseille interpreter in fiction, grew up in various countries due to the profession of his father, who was a petrochemical engineer. So the actor is a polyglot. After filming in Spanish, he has voiced his character on five other occasions: in English, French, German, Italian and Portuguese.