Skip to content
Home News From Doctor Oz to Herschel Walker: Here’s who Trump’s backing in primary races in May

May will have a packed primary calendar and on the Republican side, it will be the first major test whether a Trump endorsement helps. So far, former president Donald Trump’s post-presidency hasn’t given him many opportunities to show the heft of his backing from him. That changes next month.

On May 3, Ohio will have its Senate race, where Trump has just made his endorsement. On May 17, Pennsylvania and North Carolina will host their primaries and the week after on May 24, Georgia, Texas and Alabama will host theirs. Mr Trump has always been obsessed with “winners” and loves to cast out “losers” – despite the fact he lost the presidency in 2020.

It is also his chance to remake the GOP in his own image. Some Republicans who dissented against him have already decided to bow out and he has in turn endorsed acolytes of his el to fill their spots. This is The Independent‘s Guide to the races where Mr Trump hopes to have the biggest footprint.

Ohio: Who is the Trumpiest of them All?

In turn, each of the Republican candidates has tried to mold themselves in the former president’s image. Former state party chairwoman Jane Timken has touted the fact she delivered the state for Mr Trump and turned it away from the lane of Mr Kasich, a Trump critic. Meanwhile, former state Treasurer Josh Mandel has taken to posting Islamophobic and racist tweets regularly in a gambit to win the former president’s support. New York Times reported that Mr Mandel tried to hold Mr Trump off on an endorsement, saying it would not boost the Hillbilly Elegy author much.

That seemed to have backfired and he chose to endorse Mr Vance instead of any of those candidates or businessman Mike Gibbons. Mr Trump acknowledged that Mr Vance had previously criticized him but it seems like all is forgiven. Conservative groups like the Club for Growth have made hay out of Mr Vance’s critiques of Mr Trump. Mr Trump’s endorsement is a test to show that he can bring even his loudest criticism to heel and that he can boost someone straight to the front of the line.

Pennsylvania: Somebody get me a doctor

Mr Trump’s endorsement of physician and television host Mehmet Oz infuriated conservatives, but it makes sense in plenty of other ways. Like Mr Trump, Dr Oz gained notoriety through a television show and hopes the force of his celebrity star power can help him overcome his lack of adherence to conservative orthodoxy.

Mr Trump carried the Keystone state this year and he wants to show his influence, especially given the fact that retiring Senator Pat Toomey was never much of a fan of Trump and eventually voted earlier to convict him for his role in the January 6 riot.

North Carolina: Trump looks to help out his Budd

Like Mr Toomey, Senator Richard Burr, who was chairman of the Senate Intelligence Committee during the Russia investigation, voted to convict Mr Trump. Now he’s retiring and the race has turned into essentially a two-man contest between former Governor Pat McCrory and Representative Ted Budd.

Mr Trump, long obsessed with winning, endorsed Mr Budd last year at the state GOP’s convention, taking a swipe at Mr McCrory, saying. “You can’t pick people who have already lost two races and who do not stand for our values.” Mr McCrory initially ran for governor in 2008 when Barack Obama won the Tar Heel state, but then won the governorship in 2012 before losing it again in 2016 to Democrat Roy Cooper, despite the fact Mr Trump won the state.

Mr McCrory lost the race largely because he urged a ban on transgender people using the bathroom of their choice, which led to the NCAA pulling out of the state, a death note for a state with a fanatical college basketball culture.

Georgia: Trump looks for a touchdown

Georgia has figured heavily into Mr Trump’s lies about the election being stolen. In turn, he recruited former Senator David Perdue to challenge Governor Brian Kemp in the primary for the governorship. Mr Trump endorsed Mr Kemp in the GOP primary in 2018 and has in turn credited himself with the victory. As a result, he sees Mr Kemp’s unwillingness to go along with his lies as akin to insubordination. Mr Perdue has not only gone along with Mr Trump’s lies about him; he’s also said that his race against Senator Jon Ossoff was stolen as well.

Mr Trump has known Mr Walker for decades, going back to when Mr Trump owned the United States Football League team the New Jersey Generals, for which Mr Walker played. Polling Shows Mr Walker, considered one of the greatest college football players of all time, is slightly ahead of Mr Warnock.

Alabama: Vengeance on both sides

Alabama’s Senate race is perhaps the most peculiar of them all. Initially, Mr Trump had endorsed Mo Brooks, one of his most vociferous defenders of him who said that the election was stolen. Mr Brooks spoke at the “Stop the Steal” rally that preceded the 6 January insurrection. For that, Mr Trump endorsed Mr Brooks in the Senate race to replace retiring Democrat-turned-Republican Senator Richard Shelby.

Then things started to go sour when at a rally in Cullman, Mr Brooks committed what Mr Trump considered an unforgivable sin: he told supporters to move on from 2020.

Texas: Trump seeks one final humiliation of the Bushes.

Before Crooked Hillary, before Lyin’ Ted and Liddle Marco, there was Low Energy Jeb. Mr Trump’s utter humiliation of former Florida Governor Jeb Bush took him from a vaunted frontrunner who spent more than $150 million to one of the biggest campaign flops in history. Mr Trump retweeted someone who said that Mr Bush “like the Mexican illegals because of his wife de el”, who is from Mexico, (Columba, it should be noted, emigrated from Mexico legally).

Now, Mr Bush’s son George P Bush, who serves as Texas’s Land Commissioner, is facing off against Attorney General Ken Paxton. Mr Paxton filed a lawsuit to try and have presidential election results in swing states that voted for Mr Biden thrown out, which failed. Mr Paxton has also been under a federal indictment, which made Mr Bush think he could take him out.

But in last month’s primary, Mr Bush failed to get a clear majority and now the two will go into a runoff on 24 May. Despite Mr Bush sucking up to Mr Trump, even having a beer koozie with the ex-president saying the younger Bush was “This is the Bush that got it right,” Mr Trump endorsed Mr Paxton. 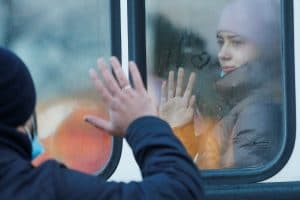