Skip to content
Home News Free players 2022: The most coveted list of 2022: the best 25 footballers who end their contract on January 1 | sports 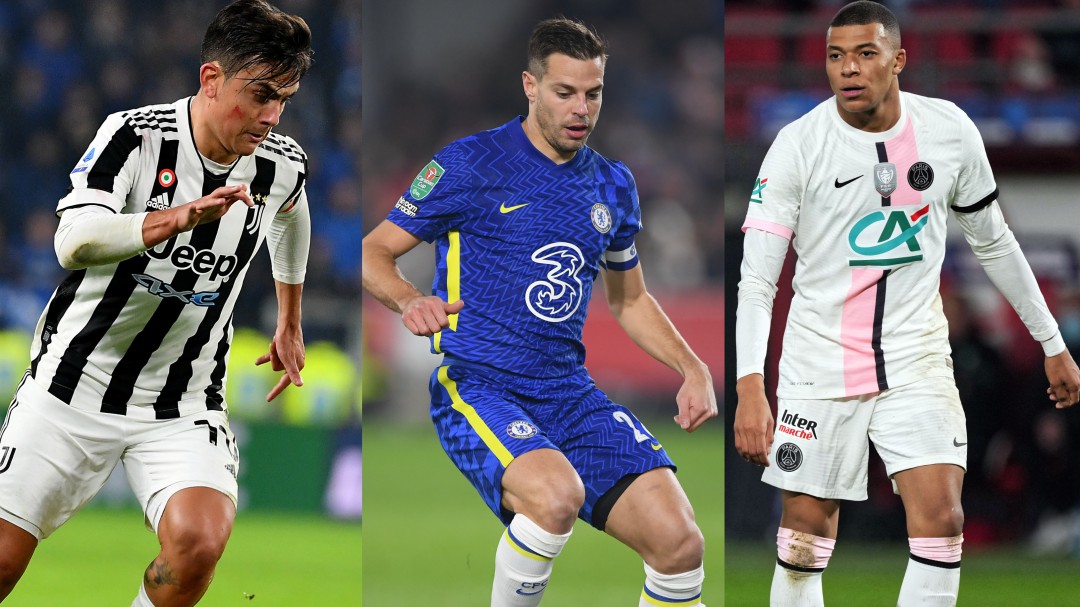 With the year 2021 about to end and in the middle of the winter market, the most attractive list for the year 2022 cannot be other than that of the footballers who, as of January 1, become free agents to negotiate with the club they want. The contracts that expire as of the new year, mostly, are usually of footballers who by mutual agreement with the club decide not to continue with their contractual relationship. However, a trend in recent years is being that of the great footballers who prefer to let their contract expire to eliminate the obstacles that would make it difficult for them to leave.

We will review the 25 most attractive names found in this situation, focusing on the cracks world championships of the big clubs and of course in the young promises who want to make a leap in quality. The first name that comes to mind is Kylian Mbappé. The French player seems convinced to leave the Parisian ranks at the end of the season and Real Madrid is the great favorite to take him away. One of the great world stars that would land in our League to revalue a competition that has lost its greatest assets in the last five years.

In our football there are up to six footballers who can end their contractual relationship. At Real Madrid, Isco, Bale and Marcelo end their contract. In Barcelona, ​​the name that attracts the most attention is that of Ousmane Dembélé, while Luis Suárez and Felipe Monteiro are the players who can negotiate with any other club when their contract with Atlético de Madrid expires.

Paulo Dybala, from Juventus, Antonio Rüdiger, from Chelsea, or Paul Pogba, from Manchester United, are the three big names and the bargains of the next market. To take into account would be the high numbers of each of them and, despite the fact that only the name of the German center-back has been strongly linked with a Spanish team, Real Madrid, the arrivals of any of these names can change the course of the big clubs in Europe.

Chelsea have a problem. Not only with the world champion defender but also with a defense that could be left deserted if Thiago Silva, César Azpilicueta and Andreas Christensen were given for leaving the team blue, since they also end their contract on January 1 and are free to negotiate with the club they want.

Lacazette, Lingard, Di María, Lloris, Süle, Zakaria or Mazraoui are very attractive players to sign with a level demonstrated during their professional careers and who would help any club with European aspirations and the achievement of titles. Marcelo Brozovic, from Inter, Juan Cuadrado, from Juventus, Andrea Belotti, from Torino, Lorenzo Insigne, from Napoli or Franck Kessié, from Milan, are the big names in Italian football who can leave their club at little cost and try new Adventures.

2022 arrives loaded with football, with a World Cup in winter and with many world-class footballers who can change their clubs and star in the transfer of the season for free.