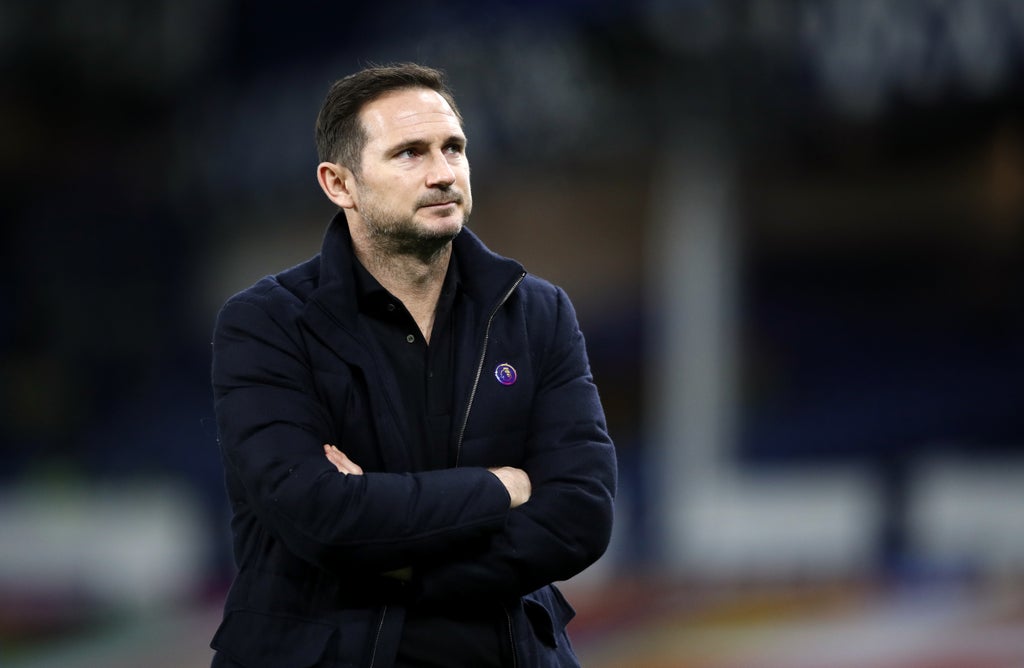 Frank Lampard says his focus is on steering Everton away from relegation danger after taking over as the club’s new manager.

Lampard signed a two-and-a-half-year contract at Goodison Park where he takes on a struggling team to form. Everton are 16th in the Premier League, four points clear of the bottom three and without a point in their past three games, a run which led to the sacking of Rafael Benitez.

“The most important thing to focus on is the short-term,” Lampard told evertontv. “We know the new stadium (at Bramley-Moore Dock) is coming and where this club wants to be, but, first and foremost, there are challenges in front of us right now. The league position, and an FA Cup game at the weekend. I want to get to work very quickly on that, to deal with the short-term.”

Lampard built a reputation and Derby County and Chelsea for bringing through young players and he says he will try to replicate that at Everton in the medium and long term, but his priority is instilling a positive mindset and lifting the club up the table.

“I want to make a positive impact and, if bringing in players helps that, then we’ll try to do it in a very joined-up way,” added Lampard, who has brought former Chelsea, Real Madrid and Bayern Munich assistant manager Paul Clement on to his coaching team for his “wealth of experience and top-class coaching skills”.

“In terms of my idea on the squad, I’ve seen things from the outside that will be my priorities to try to improve – firstly, to get results, but also to try to improve confidence and the way we play and to engage with the fans. The first thing they want is fight and desire and that must always be our baseline.

“I knew I had to work overly hard (as a player) to try to be the best I could. I’m the same as a manager and I want to see that in my team. Beyond that, you need the qualities to play good football. I want to see a team that are confident in possession, that can control games with possession and be very exciting to watch at the top end of the pitch.

“We need to be a team that’s very active, crossing and getting shots on goal and staying in the other half of the pitch. When you don’t have the ball, you must be aggressive. And management is not just the tactical side, it’s how you make the squad and individuals feel.

“I will try to be myself, very personable and close to the players, and set up a team to play good football and win games.”

Lampard will have Joe Edwards as his assistant manager, Clement as first-team coach and Chris Jones as coach and head of performance, while caretaker manager Duncan Ferguson, who has been a part of the first-team coaching set-up under the last six permanent managers, and goalkeeping coach Alan Kelly will remain on the staff.

“Of course, in the back of our minds is the long-term vision of the club. I am very open with the way I work,” added the new boss.

“That runs deeper and further than the owner and board and myself. It runs through staff and players and, first and foremost, the fans, because they are the football club.

“I will always try to be open and communicate and show the fans exactly how I hard I will work and we will do everything possible to achieve those long-term visions.”

Everton’s recruitment process was played out in public – quite literally, with prospective candidate Vitor Pereira conducting a live 20-minute interview with Sky Sports News – but Moshiri is delighted to have finally secured the seventh manager of his near six-year ownership.

“He is an impressive young man on and off the pitch. He has played at the very highest level of the game and has football in his blood,” said Moshiri. “He impressed us all greatly during the thorough interview process and we’re all ready to give him all of our support as he looks to give the team an immediate boost.”