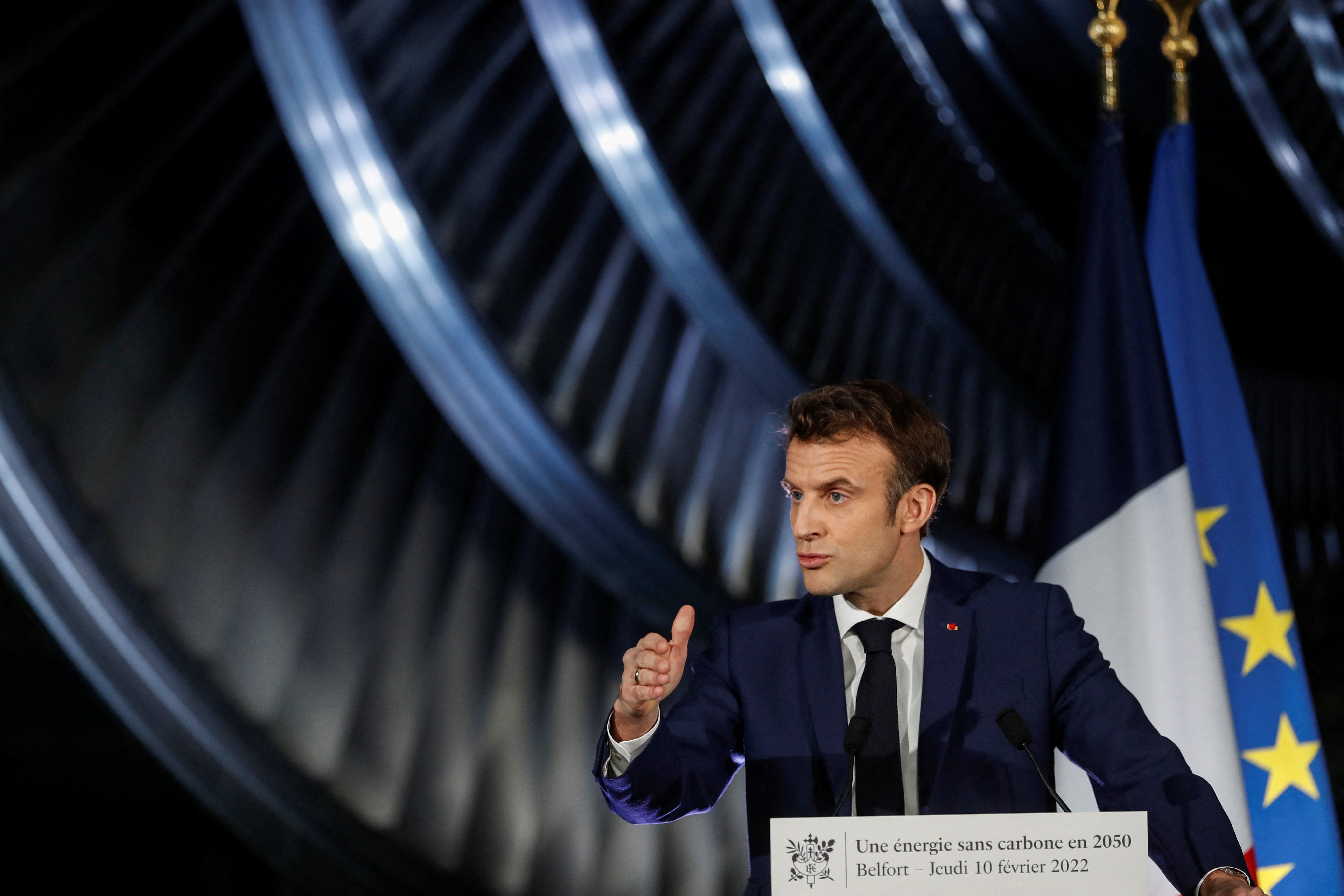 President Emmanuel Macron on Thursday consolidated his commitment to nuclear energy as a way to make France one of the first large countries in the world to achieve independence from fossil fuels without weakening its economy. As Macron announced when presenting his vision of energy policy until 2050, France will build six new-generation nuclear reactors (EPR2) and will study the possibility of building another eight more in the coming years. In addition, the president wants the life of all existing reactors to be extended beyond 50 years, as long as they do not pose a security risk.

“We have to pick up the thread of the great adventure of civil nuclear energy”, combined with the promotion of renewable energies, Macron said in Belfort, a town in the northeast of the country. According to the president, who in two months will seek to renew his mandate in the presidential elections, this is the only way to achieve the goal of “making France the first great country in the world to come out of dependence on fossil fuels in 30 years.” A step that he considers necessary to reinforce “energy and industrial independence” while maintaining exemplary “in the environmental plane”.

The Elysee denies that it is a “turn” in its energy policy, despite the fact that Macron, in the 2017 elections, promised to reduce the nuclear percentage of national electricity production to 50%, currently above 70%. . The French press has also highlighted the choice of the Belfort plant as a platform for these announcements. The Arabelle turbines that equip the French nuclear power plants and that in 2015 were sold to the American General Electric are built there. The decision was made when Macron was economy minister and has been heavily criticized ever since. Shortly before his arrival at the factory this Thursday, the French electricity giant EDF announced the signing of an exclusivity agreement for the purchase of part of the nuclear activities of GE Steam Power, including the Arabelle turbines.

In any case, the “renaissance of the French nuclear industry”, as Macron calls it, rests on two pillars. On the one hand, the president has announced that he will order the construction until 2050 of six new generation nuclear reactors, the EPR2 being developed by EDF, largely controlled by the State. The first, he has said, should begin construction in 2028 and be operational in 2035. In addition, the president wants to extend the life of as many operating reactors as possible. His wish is that “no nuclear reactor capable of producing is closed in the future (…) except for security reasons”, for which he has asked EDF to “study the conditions of extension beyond 50 years”. Until now, the closure of a dozen reactors was planned until 2035, in addition to the two already paralyzed in Fessenheim, recalls the Agence France Presse.

Sustainable energies, according to Europe

France is one of the great promoters of the European Commission’s green taxonomy proposal – a classification that distinguishes what is a green bond and what is not, and whose objective is to direct community finances towards the ecological transition undertaken by the EU – which places both nuclear power and that from natural gas at the same level as renewable energies. The initiative has run into opposition from countries such as Spain, where the Government of Pedro Sánchez continues with its plans to gradually close the seven existing plants between 2027 and 2035, and achieve a 100% renewable electricity system, dispensing with the rest of technologies. Germany was also reluctant to consider nuclear green, but instead has led the inclusion of gas in the taxonomy. In the end, both technologies have been touched with the sustainable wand by the Commission.

Without alluding to these strategies, also promoted by some of his electoral rivals, Macron considers that the only viable option to achieve the decarbonisation goals is a “plural strategy” that combines renewable energy with nuclear energy, at least in the immediate future. “Some claim that it is possible to increase electricity production by developing only solar and wind power. Others say that you just have to bet on nuclear power. No expert says these schemes are realistic,” he noted.

In the field of renewables, Macron announced this Thursday the ambitious goal of creating fifty offshore wind farms by 2050 (currently there is only one, which is expected to start operating in April, ten years late). In the next 30 years it also wants to multiply solar energy almost tenfold, to “exceed 100 gigawatts”, and double the current capacity of onshore wind energy. Macron has acknowledged the controversy over the impact on landscapes. “We will watch so that the facilities are not concentrated in the same territories,” he has promised in this regard. In total, the Government wants to allocate one billion euros to innovation in renewable energies.

A Recession is Coming, But Should Investors Care?

From Royal to Recovery: Three Funds Rising up The…