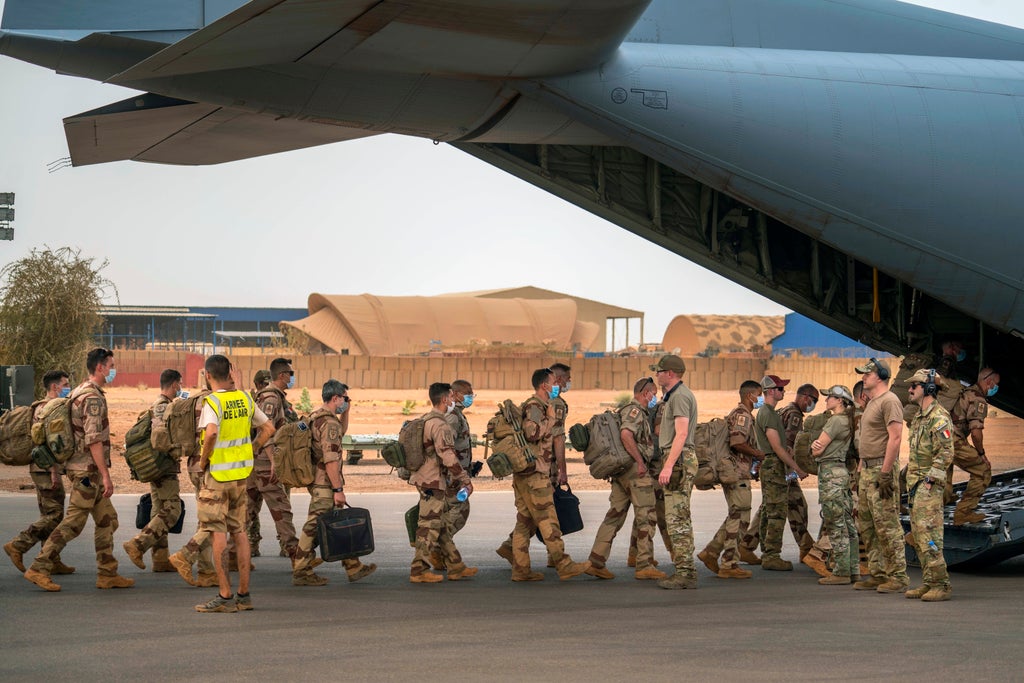 France and its European partners fighting Islamist militants in Mali will start their military withdrawal from the country and will put together by June a plan on how they will continue their operations in the region, a joint statement said on Thursday.

Relations between Paris and Bamako have deteriorated since the military junta went back on an agreement to organize an election in February and proposed holding power until 2025.

It has also deployed Russian private military contractors, which some European countries have said is incompatible with their mission.

“Due to multiple obstructions by the Malian transitional authorities, Canada and the European States operating alongside Operation Barkhane and within the Task Force Takuba deem that the political, operational and legal conditions are no longer met to effectively continue their current military engagement in the fight against terrorism in Mali,” the statement said.

Successive coups in Mali, Chad and Burkina Faso – all ex-French colonies – have weakened France’s West African alliances, emboldened jihadists who control large swathes of territory and opened the door for Russia to fill the vacuum.

Diplomats warn that spiraling violence could give fresh impetus to migration from West Africa to Europe. It also threatens international mining operations and stability in strategic French partners such as Ivory Coast and Senegal.

Thursday’s statement was issued by countries operating with France’s Barkhane counter-terrorism force and the Takuba mission, which includes some 14 European nations.

They “have therefore decided to commence the coordinated withdrawal of their respective military resources dedicated to these operations from Malian territory”.

France has had troops in Mali since 2013, when it intervened to drive back Islamist militants who were advancing on the capital. The Islamists have since regrouped and are waging an increasingly bloody insurgency across the region.

French military sources said a drawdown from Mali would take several months and give time to refine security plans for the rest of the Sahel region.

“At the request of their African partners, and based on discussions on future modalities of joint action, they agreed nonetheless to continue their joint action against terrorism in the Sahel region, including in Niger and in the Gulf of Guinea, and have begun political and military consultations with them with the aim to set out the terms for this shared action by June 2022,” the statement said.

A key question still to be answered will be the futures of the 14,000-strong UN peacekeeping mission (MINUSMA) and the European Union’s EUTM (European Union Training Mission) and EUCAP missions. Their fates are in doubt given French forces provide medical, aerial and emergency reinforcement support.

Describing MINSUMA as essential, the statement did not call on countries involved in those missions to withdraw.