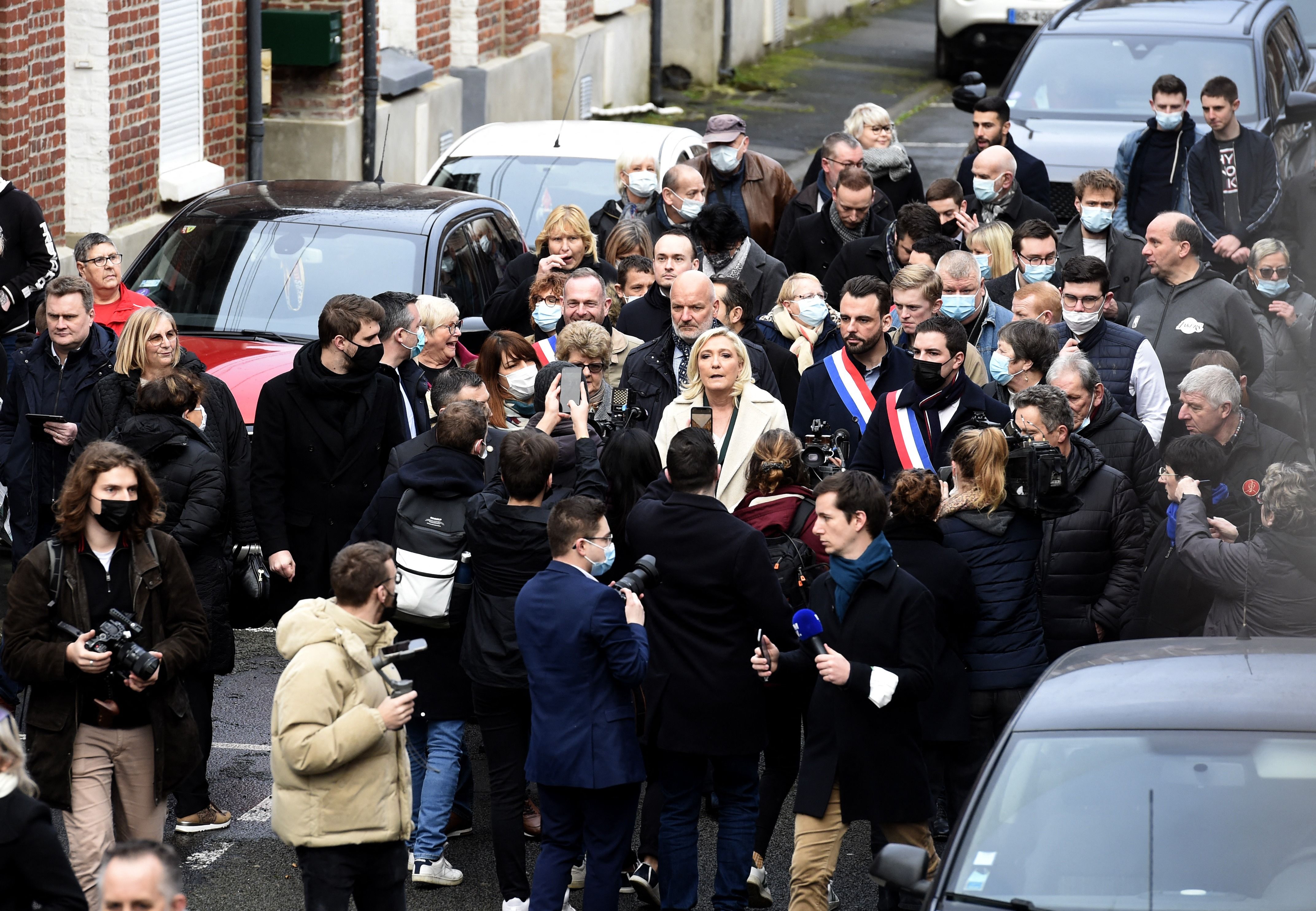 The shadow of betrayal haunts Marine Le Pen’s party again. Some of the most recognizable figures of the traditional far-right party threaten to join the trail of members of the National Regroupment (RN) who have recently joined the ranks of their far-right rival, Éric Zemmour. One of them especially hurts Le Pen, that of his niece Marion Maréchal. And that shouldn’t be surprising. After all, that of the former National Front is a story of betrayals and stab wounds that, on many occasions, have targeted the very heart of the Le Pen family, until today inseparable from the story of the extremist formation. Marine herself knows that sometimes drastic decisions have to be made: she expelled her father, Jean-Marie, from the party she had founded in 1972 after taking the reins four decades later.

Still, the steady trickle of defections and statements of support for Zemmour has caused a war of nerves in the RN. To the point that his boss has been forced to issue an ultimatum: whoever wants to leave, let them leave. “But let him do it now,” she said over the weekend in Madrid, during a summit of far-right leaders organized by Vox. Traveling with the presidential candidate was the MEP and former number two of the party, Nicolas Bay, one of those who is cited as an imminent deserter, although this for the moment neither confirms nor denies, to the exasperation of his still boss.

Fed up, Le Pen lashed out again this week at potential Nicolas Bay in her party. “The lie that consists of pretending to be in a team, sabotaging it from within and playing for the opposing team disgusts the French,” he told Europe 1 radio. In the interview, he accused Zemmour of “offering many things: investments, positions, promises” and even “financial means”, an extreme denied by the opposing camp. On Wednesday afternoon, the far-right leader organized a video conference with a thousand party members to “remobilize” the troops, according to the Franceinfo radio station. Hours earlier, a regional councilor from the south of the country had just fallen from the list for endorsing Zemmour (presidential candidates must gather 500 signatures from mayors, parliamentarians and deputies in local assemblies in order to run). After accusing her of “perjury”, Le Pen announced her “exclusion” from the RN. They have also stepped zemmourist at least three MEPs, including Gilbert Collard, one of the most media figures of the RN, and Damien Rieu, a prominent personality of small identity groups and parliamentary assistant to Marine Le Pen’s brother-in-law. They are joined by other regional councilors and an unspecified number of other officials and militants of the RN.

See also  Prince William can be 'difficult to handle' but Kate gives as good as she gets, expert says

The tension is such that the patriarch of the Le Pen has come out to minimize the situation. “Treason is a custom in politics,” he recalled.

He knows it well, since he has been at the center of all the party and family disputes in recent decades. The hardest was that of 1998: the then number two of the party, Bruno Mégret, provoked a split in the formation that led to doubts about its future. Marie-Caroline Le Pen, the eldest of Jean-Marie’s three daughters and then regarded as her father’s successor, as well as her husband, Philippe Olivier, joined Mégret, causing the family to stop speaking to each other. for years and that, finally, the patriarch chose his youngest daughter, Marine, as his dauphin.

When she took the reins of the party, in 2011, she began a process of “demonization” of the FN that would end up taking away in 2015 the founder of the formation and father of the new leader, who accused her of “parricide”.

The two stopped speaking to each other for years, although lately there have been gestures —and photos— of reconciliation, now consummated in the public support of Le Pen father for Le Pen daughter, at a time when others are abandoning the RN ship, including, possibly, the The patriarch’s favorite granddaughter and, for a long time, considered his true dauphin. Last week, Marion Maréchal, who officially left politics after the 2017 elections — and the surname Le Pen — but has never stopped flirting with her, announced that she is “reflecting” on whom to support in April. Although “no decision has been made yet”, she hinted that if she ends up supporting Zemmour she will not act as a mere spectator. “If I support Éric, it will not be just to let me see and say coucou (hi),” he said. Quickly, her aunt described her statements as “brutal, violent”, especially in view of the “personal aspect” of her relationship.

If there is so much nervousness it is because the new “betrayals”, both the consolidated ones and the anticipated ones, come at a particularly delicate moment for Marine Le Pen. Until the emergence of Zemmour, at the end of last summer, the ultra leader was considered in all polls as the safe candidate to go to the second round against Emmanuel Macron, as happened in 2017. But the Zemmour phenomenon has turned everything upside down.

Although he is still slightly ahead of his main rival, the conservative candidate Valérie Pécresse, and several points behind Zemmour himself, the division of the most right-wing vote that the polemicist is causing could lower the scales to qualify for the second round, which endangers that position that Le Pen – and many analysts – considered almost certain not so many months ago. Those in April are also the third elections in which Le Pen is running, who has not been able to erase from memory her disastrous performance in the second round debate against Macron, something that, together with her final defeat, seriously eroded her leadership.

If he doesn’t even make it back to the second round, his end could be even closer than expected. It was crudely expressed in January by one of his former supporters and today Zemmour’s spokesperson, Jean Messiha. “Since 2011, Marine Le Pen has benefited from an extremely favorable context. And what is the result? The RN has a handful of deputies in the National Assembly, a handful of municipalities, no community, no department and no region, ”he summarized in the magazine Current Values the poor results of the far-right party led by Le Pen despite having, at least so far, a solid voter base.