Skip to content
Home News Fourteen earthquakes in the early hours of Monday on La Palma, with a maximum magnitude of 3.5 | BE Las Palmas 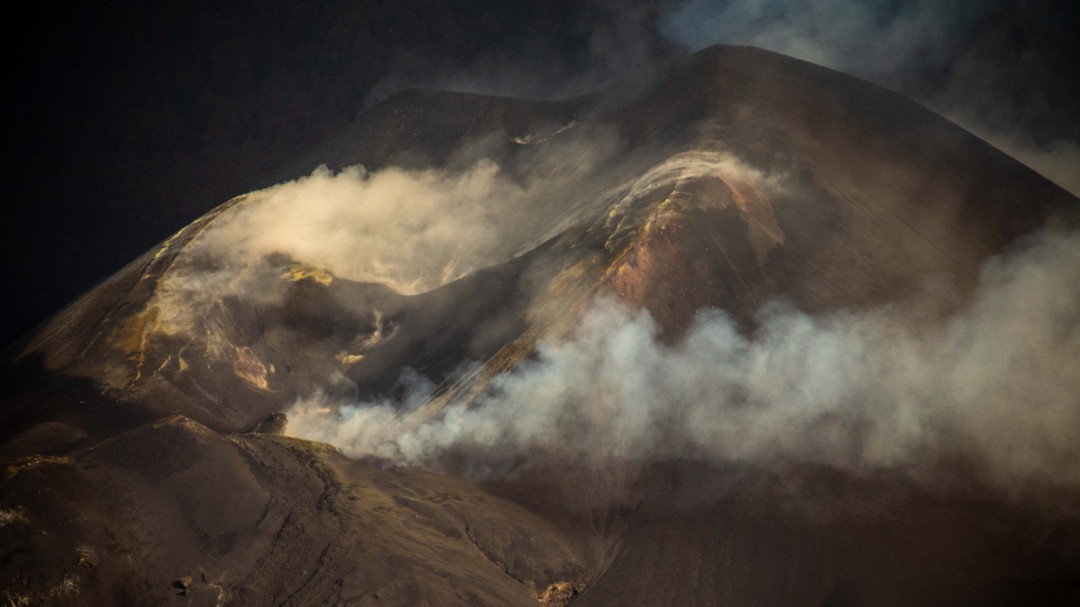 The National Geographic Institute (IGN) has located 14 seismic movements in La Palma during the early hours of this Monday, and the largest, 3.5, occurred at 8.23.33 hours in the municipality of Fuencaliente and 14 kilometers from depth.

The highest magnitude was the last of those located during the first hours of this Monday, while the first occurred at 00.48.08 hours in the same municipality, 10 kilometers deep and with magnitude 2.4.

Of the 14 earthquakes this morning, 11 have been located in Fuencaliente, 2 in Mazo and 1 in El Paso, the latter municipality in which the volcanic eruption began on September 19, and in which this Monday occurred, At 6.16.25 hours, the earthquake was shallower, 3 kilometers, and its magnitude was 2.3.

The depths of the earthquakes this morning have ranged between 3 and 33 kilometers.

New homes are being carried forward

The technical director of the Volcanic Emergency Plan of the Canary Islands (Pevolca), Miguel Ángel Morcuende, has indicated this Sunday that the lava flow that arose on Saturday north of the Cogote mountain has caused “enough damage to take away a good number of houses “in Los Llanos de Aridane.

This stream was slightly displaced from the previous streams and entered certain areas of wide distribution of homes in the southwest of the emission points, and has entered the dividing line between Tazacorte and Los Llanos de Aridane to join stream 9 and provide energy. towards the lava delta.

Miguel Ángel Morcuende and Pevolca’s scientific spokesperson, Carmen López, have explained the news of the volcanic eruption that began 77 days ago in the Cumbre Vieja area, in the municipality of El Paso.

The technical director of Pevolca has indicated that there are a series of emission points in the vicinity of the fissure, and in recent days mission centers have emerged at lower levels than the previous ones.

There is also an “important” lava flow through the central area of ​​the streams, which enters from and into lava tubes that are probably reflected in streams 4 and 7.

Miguel Ángel Morcuende has also referred to the continuing with clear problems “in the matter of gases, especially in the southern area of ​​the emergency, where there are high values, which has caused that this Sunday access to the neighbors.

Regarding sheltered people, he has indicated that there are 554, one more than on Saturday, and of them 408, 1 more than yesterday, are in Fuencaliente, 75 in Braña Baja and 71 in Los Llanos de Aridane, while 43 with dependency are in various health centers on the island.

The affected area amounts to 1,155 hectares, 9 more than on Saturday and according to data from the European Copernicus satellite system there are 2,897 buildings affected, of which 2,771 have been destroyed.

The scientific spokesperson for Pevolca, Carmen López, has indicated that the forecast is that the meteorological conditions will be favorable for aeronautical operations and it is also expected that atmospheric stability will continue until Tuesday or Wednesday.

Seismicity remains low and the deformation of the ground has completely reversed, while the emission of sulfur dioxide remains high and continues to reflect a downward trend, said Carmen López.

Carbon dioxide continues at stable values ​​since November 15, and air quality has been reasonably good to good overnight in Los Llanos de Aridane as well as in Tazacorte and Puntagorda in relation to the presence of sulfur dioxide.

Regarding the presence of particles of less than 10 microns, the upward trend has consolidated, something that favors the presence of haze or desert dust, and the forecast is that the situation will remain in this way throughout Sunday.