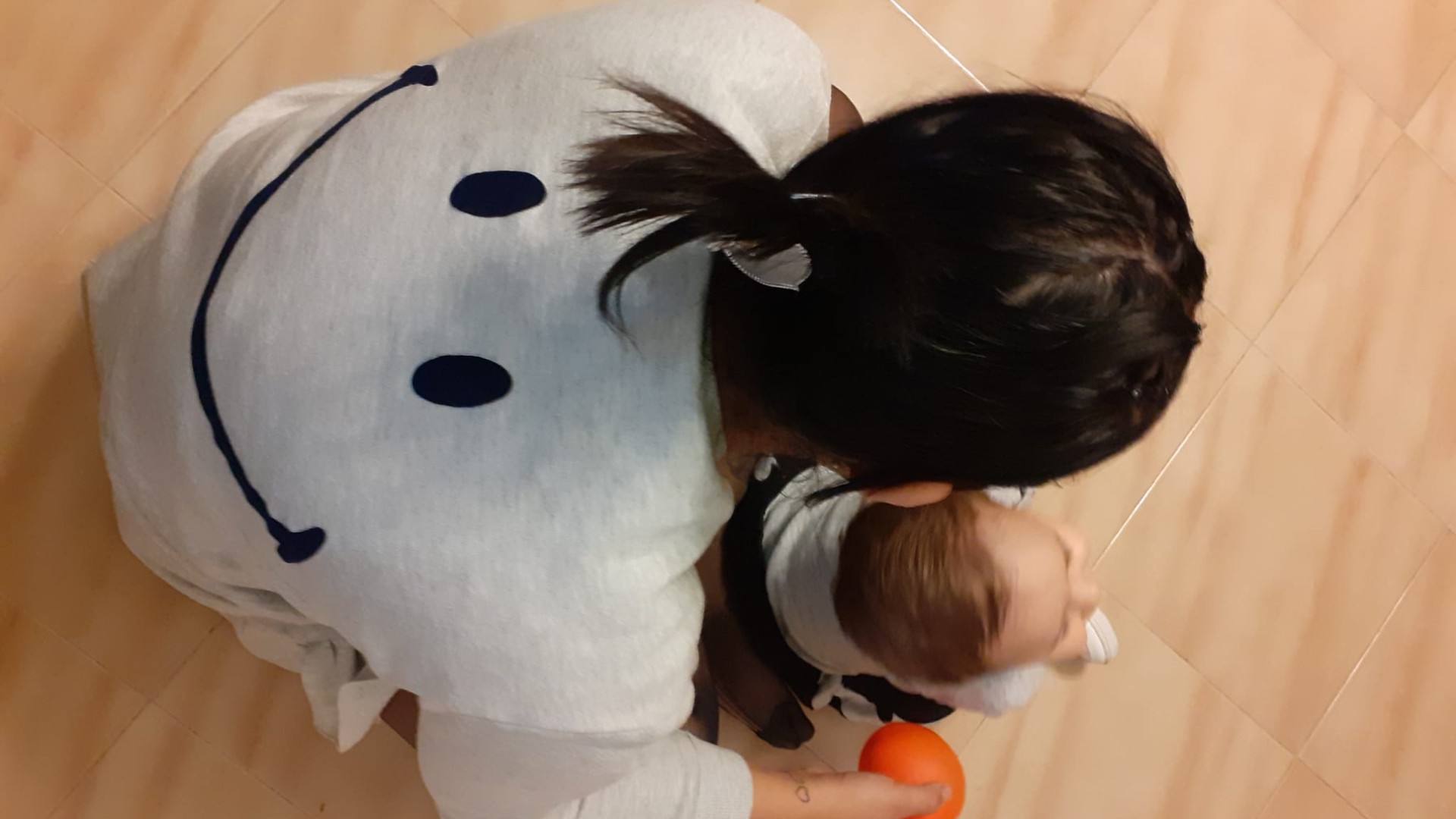 It is not easy to take the first step, pick up the phone and ask for help. But it is, perhaps, less easy when you know that you are going to have to resort to a flat because your environment cannot protect you.

“Flat” in this story is probably the least accurate term. “This is a home”. This is the phrase that repeat over and over again the four women who live in one of the homes managed by the Fundación Nuevo Hogar Betania. Some are far from where they were born and, most importantly, they are far from their abuser, from the person who made them leave home with nothing. This is what is called relocation of the victim and it is done to ensure their safety. The survivors (that’s what they are called at home) usually go to other provinces or autonomous communities to be safe.

“I was forced to ask for this type of resource. There are those who do not do it because they think this is different. But this is not a bad place or where you will find ugly things. On the contrary, it is a place where you progress”, recognizes Andrea. All the women in this household have another name in the report. They remain anonymous and no one, not even their families, know where the house is where they have made their new home.

“My son is as if he had many aunts and I as if I had two nephews here in Spain“Recognizes Angélica. She is from Venezuela and came to the country deceived by who told her that she was going to have a job as a waitress.” Since I was two months pregnant I have been in Nuevo Hogar Betania and this is my family. I was lost and my child and I don’t have anyone else, we only have them. My son could not be happier, he has a home and has a family, “he explains smiling.

Educators, a fundamental part of the home

Of course, the educators are part of this family. Celia is the engine of the home, they say so. She is the one who greets them with love every morning and whom the children – who are 2 months, 1 year and two and a half years old – throw themselves into her arms when she walks through the door. “The apartment allows us to create that bond with children and mothers,” says Celia. “We always say that the shelters belong to the women who live there and it is we, the workers, who go to their homes,” she adds.

Celia and the Women’s area of ​​the organization are also in charge of managing the gifts when birthdays arrive. Elena’s was recently, she turned 21 and a surprise awaited her at home. He came back after his ESO classes and they were all there, with special food, a cake and gifts. “I was very excited, I was not expecting it. They have never given me a proper birthday and I love these girls very much. Here I don’t have to hide from anything and when I go out to class or for a walk they tell me that it shows that I am missing. joy of the house, “he laughs.

Elena admits that since she’s been in the house she has changed a lot. She came to the apartment after three and a half years of abuse from her daughter’s father. “He hits you, asks for your forgiveness, he started crying and then he does it again. Mine started with the pregnancy, he got jealous even of my daughter and I didn’t even want her to go out,” he admits. “That is the cycle of violence that we have talked about so much,” says Celia.

“He hits you, asks for your forgiveness, started crying and then does it again. Mine started with pregnancy, he even got jealous of my daughter“

Elena has a joy and an energy that make it difficult to imagine what she has experienced. Her ex-partner kept her locked up in a house in the country and away from everything. Today the scenario is very different. A home with love, where they relate with respect and where they feel that they are important to their companions. Her room is full of photos and she wants us to go inside and see them. On the wall are all the ultrasounds of her daughter, the hospital bracelet from when she was born, the photo of her little brother and several images with her new partner. He tells us what it was he who encouraged her to take the step and get out of that spiral of violence. It wasn’t easy, she didn’t dare because her ex threatened her. “He told me that if I left, he would take the girl from me for not having a home or job. Until I found out that there were places like this,” he concludes.

See also  Shehbaz Sharif: Who is going to be the next Pakistan PM after Imran Khan's ouster

Reporting – Andrea admits – is very hard. She made him pregnant and says that her past served to put a “soon” label on abuse. “My life has been marked by violence, my mother was a psychologically abused woman and I suffered psychological and physical violence from my father until I was of legal age and could not take it anymore. That is my reality. That is why since I knew I was there. pregnant I was very clear that my daughter was not going to live even 1% of what I have lived. It is not normal to live in screams or in continuous anger or insults. That traumatizes you and look, luckily for me tragic things happened that they have helped to advance in that sense, “he says on the couch at home.

“A home with love, where women relate with respect and feel that they are important to their partners.“

We just ate, today there was spiced chicken, potatoes and salad. This week it is Karima’s cooking turn and they all love it because they say it is very tasty. She is the only one in the house who does not have children, although she is passionate about children. She is aunt Karima and Andrea’s daughter has a passion for her. “From the beginning they are flesh and blood, Karima sings a typical Algerian lullaby and the girl falls asleep,” says Andrea happily, with the certainty that her daughter is safe here. They both arrived at the house the same day. It is a semi-autonomous home where the educators only go for a few hours. “The two of them, like the rest of the women in the house, come from another floor where there are workers permanently,” Celia tells us. Those houses are the first refuge when they denounce and they do not have a safe place because their abuser can locate them.

They are, Celia tells us, different resources but adapted to the different moments of the process. Emotional education, practical life or stimulation workshops with children These are some of the activities they do in the afternoons, but the process goes little by little depending on the needs. First, the women need greater support and the educators and psychologists support them in everything personal and also in bureaucratic procedures. Most of them are derived from the National Police’s Family and Women’s Attention Units, by the Civil Guard or the Local Police because the organization works in constant communication with the security forces. “If we have any problems or questions we call them and they are always available, really”, says Celia.

“Well I I mean that there is a lack of education and that there are many prejudices“Andrea adds. She has one subject left to finish Pedagogy but now she doesn’t have her head on it.” With the two-month-old girl it is now complicated, but one day I will finish it because I am a very good student, “she tells us.” Well, I will. I mean that I have also experienced prejudices in a medical appointment. When I told the doctor that I lived in a foster home, she answered that it didn’t seem so because of the way I dressed and I was surprised. How do I have to dress to live in a home like this? The women who are here have had a life like everyone else, but due to circumstances we have to start from scratch and ask for help.

A help that, Andrea adds, made him feel guilty. You feel like you’re taking your daughter away from her father and her father from her daughter, but someday I hope she understands that I did it for her.